A new study has revealed the countries where retirement welfare is highest, and while Australia may have ranked strongly, experts say there is still room for improvement.

Australia was rated sixth out of 43 countries measured in the global ranking of welfare in retirement.

Our cross-ditch neighbours, New Zealand, came in ahead of us at fifth, while Nordic nations Sweden, Iceland and Norway came fourth, third and first respectively, sandwiching Switzerland in second.

It also examines these factors against the performance of each nation’s economy to produce an overall annual ranking.

Australia rated highly in the quality of life and finances sections, but was dragged down by low scores in material wellbeing and health. Overall, Australia scored 78 per cent, the same score as the previous year. 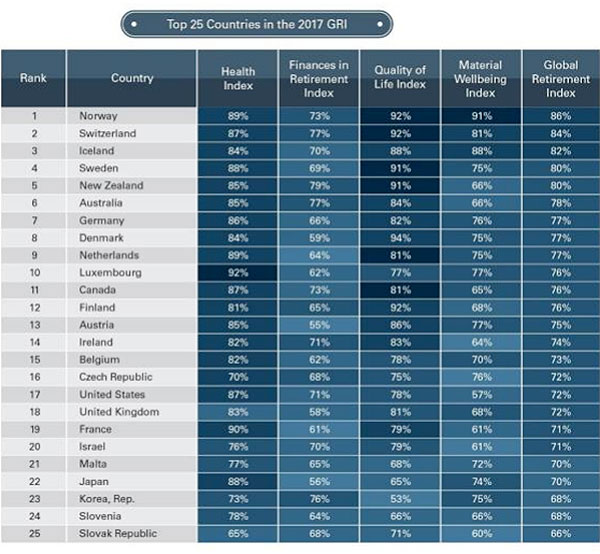 Kevin Haran, Australia managing director of Natixis Global Asset Management, says we could do better in the material wellbeing category.

“This can be boiled-down to income equality. The Nordics have a lot greater income equality than ourselves,” he says. “We are a rich nation, but we are drifting towards being less evenly spread.”

And while the overall scores look good on paper, the reality for many Australian retirees is quite different. A survey of 600 retirees and 400 pre-retirees revealed that about half have no investments apart from super.

Many pre-retirees framed their goals in terms of financial comfort and security, wanting to be able to maintain their standard of living, enjoy a few treats, and not have to worry about money.

The most commonly mentioned specific “treat” was travel, with many pre-retirees talking of wanting to explore Australia, visit dream holiday destinations overseas, take an annual holiday, or visit family.

The report showed that the biggest factor when aspiring to a high standard of living in retirement is owning their own home.

Although the current crop of retirees is in pretty good shape with home ownership, future retirees will struggle, with skyrocketing housing prices keeping many out of the property market. This will have a negative effect on Australia’s Age Pension system, and could potentially cause future Budget blowouts.

Census data shows that the proportion of households that own their house outright has dropped from 41 per cent in 1991, to 31 per cent in 2016. 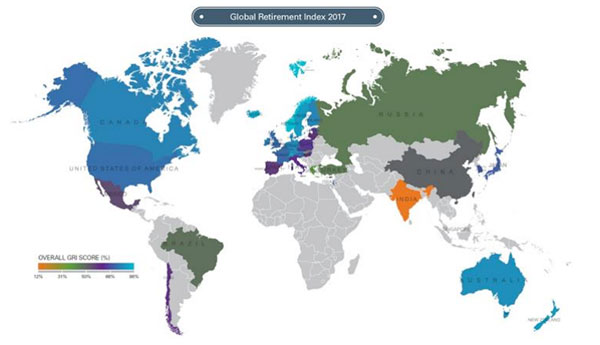 How do you feel about your retirement? Are you happy?