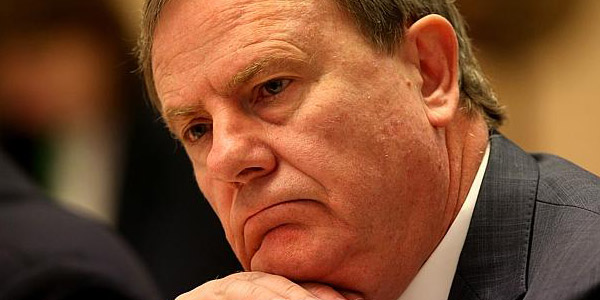 Chairman of the Future Fund and former national Treasurer Peter Costello, has urged politicians to stop interfering with the country’s $1.9 trillion superannuation system.

Mr Costello has warned the government that considering the superannuation system as a way to improve the Budget’s bottom line will have long-term detrimental effects on the Age Pension and will increase the burden on younger Australians to cover the cost of “tinkering”.

“Increasing taxes on superannuation, which is a long-term savings vehicle, usually involves taking now at a cost to be borne sometime in the future,” said Mr Costello on Wednesday. “Governments are interested in the here and now – they don’t worry too much about what’s outside the forward estimates.”

“If taxes are on the rise, it means people will have lower retirement incomes, some especially those who live long longer will be back on the pension,” Mr Costello added.

The Intergenerational Report has highlighted the need for improved retirement planning. And with Australia’s population ageing rapidly, the onus to pay more taxes may fall on younger Australians meaning “future generations will have to pay our debts,” as stated by Mr Costello.

The former federal treasurer also endorsed the Financial System Inquiry’s (FSI) recommendation to legislate the objectives of Australia’s superannuation system. According to FSI chairperson David Murray, the purpose of superannuation should be to “provide income in retirement to substitute or supplement the age pension”.