The research, conducted by the University of NSW, showed that the average Australian household was wealthier than the average German household and that this was partly due to the differences between the retirement income policies of the two nations.

“Gaps in wealth levels and home ownership patterns between Australia and Germany are partly due to differences in their public policies,” explained Dr George Kudrna, senior research fellow at the ARC Centre of Excellence in Population Ageing Research (CEPAR).

“We looked at the possibility of adopting Australian public policies in Germany and our modelling showed that in the long run, this would result in large increases in the country’s wealth, home ownership and welfare of future households,” Dr Kudrna explained.

Dr Kudrna said that the difference in net wealth between the two nations could be attributed to the differences in the Age Pension, superannuation and levels of home ownership.

“In 2018, about 70 per cent of the age-eligible population in Australia received the Age Pension, with the remaining 30 per cent being fully self-funded,” Dr Kudrna said.

“Out of the age pensioners, over 60 per cent received the maximum benefit (full pension) and the rest received a smaller benefit (part pension).

Overall government expenditures on public pensions (including the Age Pension) stood at roughly 4.3 per cent of GDP in 2018.”

The German public pension system covers more than 90 per cent of the population and is covered by a pay-as-you-go system, which means that payroll taxes from workers are directly used to finance pension benefits.

Public pensions in Germany are also paid at a much higher replacement rate than in Australia.

Private pensions in Germany, the equivalent of our superannuation, also showed a vast disparity in the wealth between the two countries.

By contrast, Germans hold less than 5 per cent of their wealth in retirement accounts.

While in the end Australian households end up wealthier than their German counterparts, the research showed that Aussies also end up taking on more debt to achieve this wealth.

Dr Kudrna said that while Australia’s mandatory superannuation system had an effect on disposable income, it did not stop Australians from owning their own home, but instead meant they took on more debt.

“People borrow more in the economy with compulsory superannuation,” Dr Kudrna explained. “If you look at the proportion of homeowners, the number of households with a mortgage has increased significantly.

“So, while we are a more asset-rich nation, we are also more indebted than the average German household.

“Only 44 per cent of German households own their place of residence compared to Australia where the home ownership rate reaches almost 70 per cent and the owner-occupied housing is the largest component of total household wealth,” Dr Kudrna said.

Dr Kudrna explained that the research on the wealth of households across Australia and Germany showed that our local policy settings showed we were doing something right.

Are you surprised by these findings? Does Australia’s superannuation system help ensure Australians are relatively wealthy? Are you worried that the early access to super scheme to help with the pandemic will undo some of this good work in the coming years? 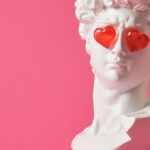