Six people aged between 50 and 65 have bared all in a fight against ageism in advertising.

The dissenters stripped naked and took up placards bearing such slogans as: ‘Grey hair don’t care’, ‘Nobody puts Granny in the corner’ and ‘It’s our time to be seen’.

The pro-age photo shoot, conducted by over-50s dating site Lumen, features three men and three women and it is on billboards across Australia.

“I wanted to challenge the stereotype that over 50 is over the hill,” billboard star Dean told YourLifeChoices.

“Society is no longer aimed at you, but at younger generations. This is understandable. Previous eras saw 50 as the last phase of life, but today the over-50s are really just mature teenagers! I think Lumen is helping to show 50 isn’t necessarily halfway through life but can be a new beginning.” 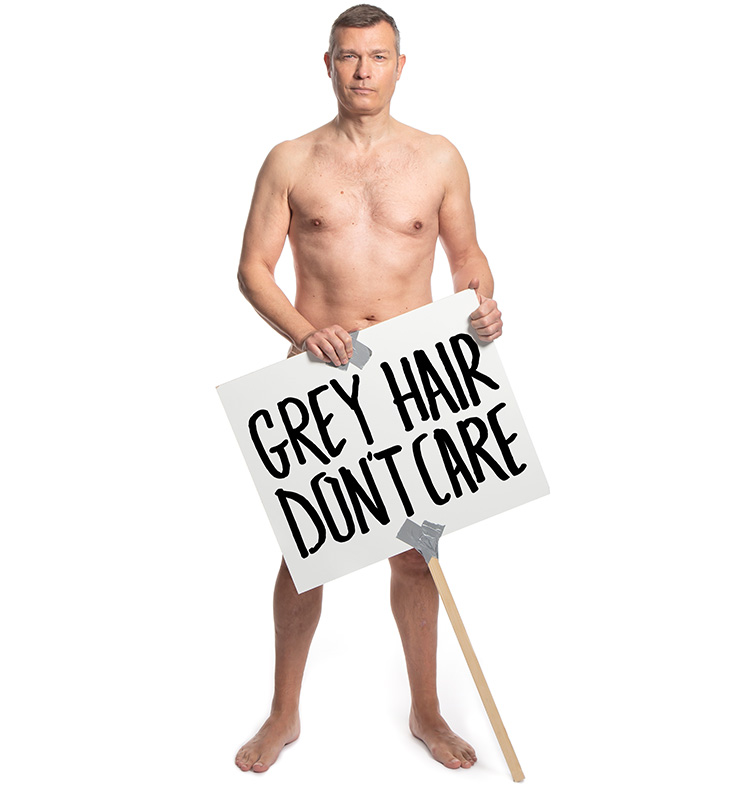 The billboards are in response to a study that involved 2000 adults in the United Kingdom. It revealed that almost nine in 10 over-50s believe advertising directed at them needs to change.

More than half say there is too much airbrushing, over a third say the models look plastic and another third say that models and celebrities are made to look younger than their actual age, suggesting an emphasis on the downsides of getting older.

“Even though I still do all of the same things I did when I was younger, I often feel like I am invisible because of my age and I don’t think that’s right,” shoot participant Amey told YourLifeChoices. “I’m here to say that women are not taking it lying down and we’re not giving up on ourselves. We are just as valid and beautiful as everyone else, and the tide is turning!” 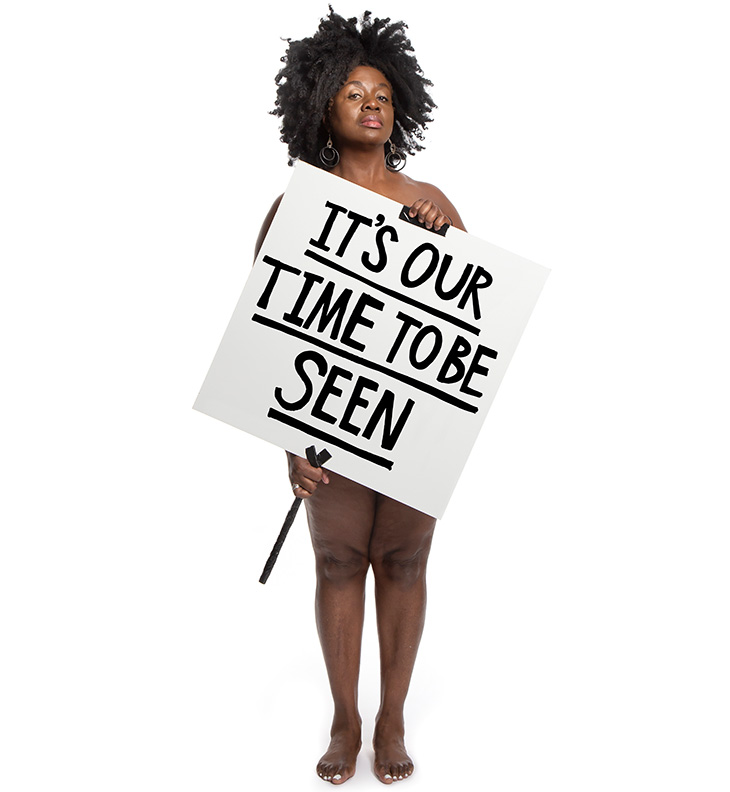 Fashion was the main culprit said 57 per cent of respondents, followed by beauty (42 per cent), health and wellbeing (36 per cent) and travel and leisure (30 per cent).

It could be that the advertising industry is simply out of touch with the 50-plus market. According to a recent study by B&T and Honeycomb, 81 per cent of those responsible for making these ads are under 45 years of age – 55 per cent are under 35.

“The fact that almost nine in 10 over-50s think that advertising aimed at them needs to change should be a real wake-up call to the industry about the ‘everyday ageism’ all around us. Not only is it a case of underrepresentation, but heavily edited images are making older people feel like it’s not okay to be themselves,” said Charly Lester, co-founder and CMO of Lumen.

“We’re calling on advertisers to reconsider how they portray older age groups, and show them for the attractive, funny and real people they are. Just because you’re aged 50-plus doesn’t mean you can’t be sexy and have a little fun.” 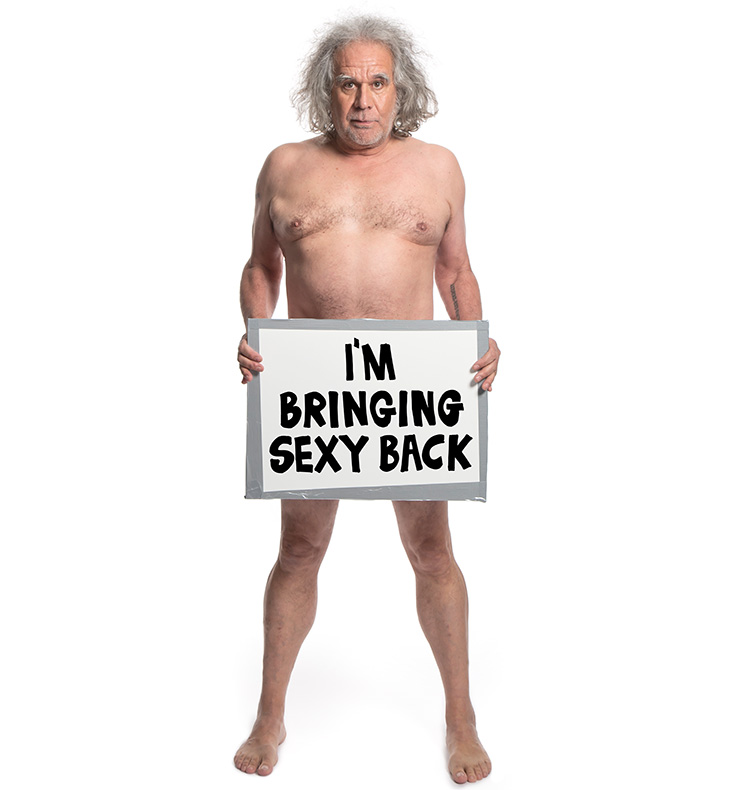 YourLifeChoices research shows that there is no expiration date on ‘hotness’. Sixty-nine per cent of 1243 respondents in our Friday Flash Poll: Setting the record straight about sex and ageing said people their age were still ‘hot’ and 38 per cent said age was irrelevant when it came to ‘hotness’.

“Just because you’re 50 or 50 plus, you don’t have to be embarrassed,” said shoot participant Joel. “You should be proud of how you look regardless of your age. I think that society still perceives over-50s as ‘old’, but things are changing and you are as old as you feel. I feel 25!” 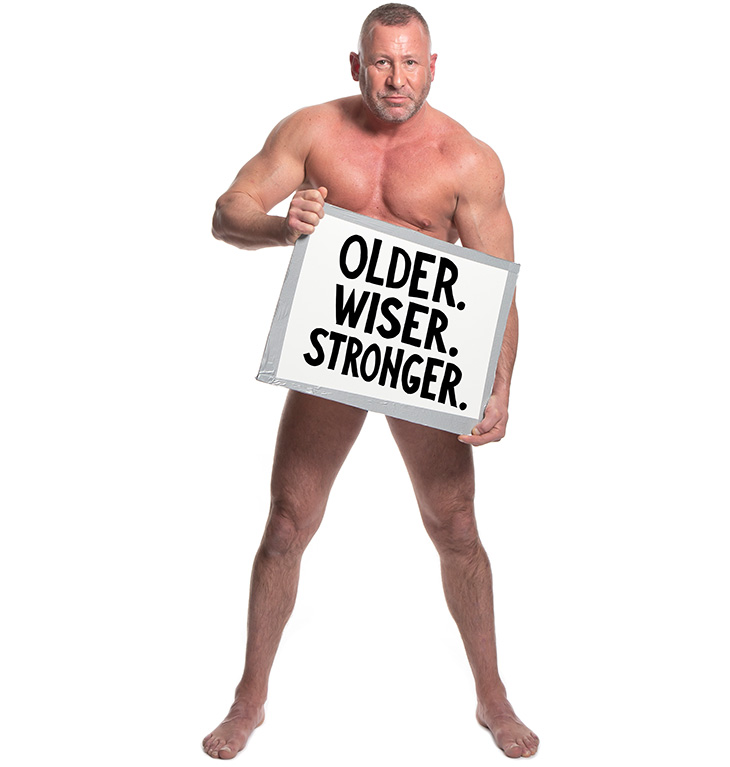 “I agree there are plenty of hotties out there over 55!” wrote YourLifeChoices member Clarkey.

“Sex is one of the most common desires of humans, especially adults. And it simply cannot cease just because you are retired,” wrote Amie. 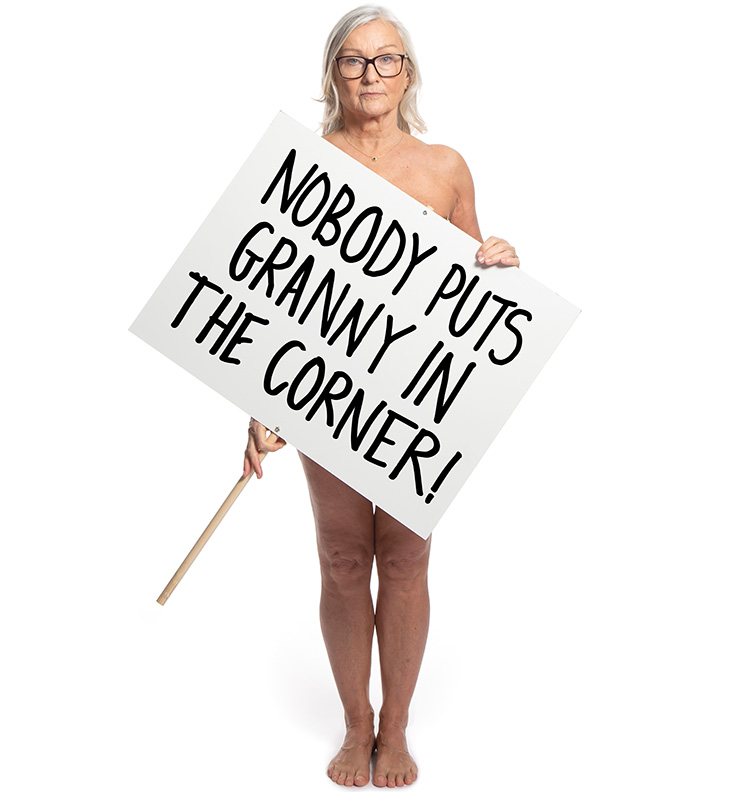 Almost seven in 10 respondents to our Friday Flash Poll: Ageism: how it works and how it affects the afflicted also said they experienced ageism, with one third saying it was in the form of being ignored. Women were also twice as likely as men to have experienced ageism.

Do you feel overlooked by advertising?