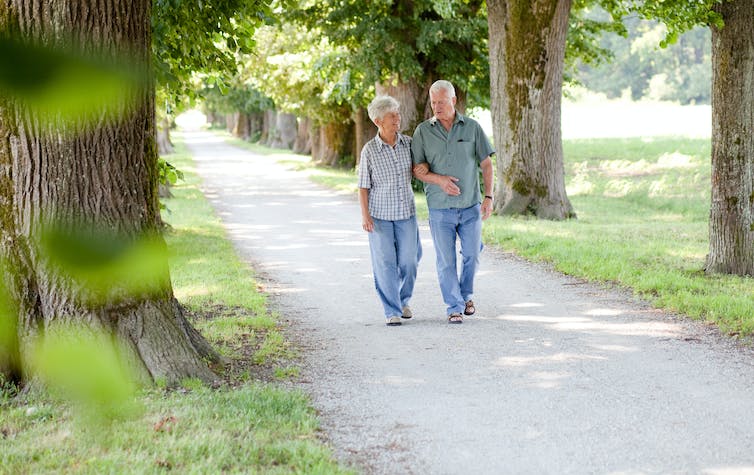 People who live in regional or remote areas may be at lower risk of developing Alzheimer’s disease, according to our recent research.

Using data from more 260,000 adults in New South Wales who were aged 45 and over, we found those living in regional or remote areas of the state had a 6 per cent to 19 per cent lower risk of being diagnosed with Alzheimer’s disease over 11 years, compared with their city counterparts.

We identified diagnosed Alzheimer’s disease using the first prescription of a group of medications collectively referred to as cholinesterase inhibitors and memantine. These are prescribed after someone gains a mini-mental state examination score consistent with Alzheimer’s disease, which is then confirmed by a specialist.

Some previous research suggests people living in rural areas may be at a higher risk of developing Alzheimer’s disease. But our results tell a different story.

Read more: Nine things that can affect whether you get dementia – and what you can do about them

The role of air pollution

Research has long told us that air pollution is bad for our health. Emerging research suggests air pollution could also play a role in the development of Alzheimer’s disease.

The problem isn’t just the stuff in the air you can see. The tiny particles you can’t see are the most harmful. Once you breathe them in, they can enter the bloodstream and travel to every major organ, including the brain.

People living in Australia’s largest cities are generally exposed to higher levels of air pollution, which could help to partly explain why we found a higher risk of Alzheimer’s disease it city dwellers.

But it’s unlikely to be the only factor.

What’s happening in the brain?

Let’s consider the pathway by which many scientists think Alzheimer’s disease may develop, and then work backwards.

Many scientists, though not all, suggest Alzheimer’s disease coincides with – and may be caused by – an abnormal build-up of a particular type of protein, called amyloid beta peptide, in the brain.

Accumulating large amounts of amyloid beta peptide may create plaques that cause inflammation, destroy synapses, kill neurons and result in the death of brain cells consistent with Alzheimer’s disease.

Read more: What causes Alzheimer’s disease? What we know, don’t know and suspect

If this hypothesis is correct, we’re looking for ways to reduce the abnormal accumulation of amyloid beta. Admittedly that is a big “if”, given largely disappointing outcomes of drug trials focused on clearing amyloid beta so far.

Research on mice suggests sleep may be able to help clear amyloid beta.

It’s not always easy to get a good night’s sleep. Studies suggest environmental factors that co-occur within urban areas, such as chronic noise, air quality and heat may influence how much sleep you get and whether you feel sufficiently refreshed when you wake up.

Urban planning can influence participation in physical activity. Car-centred urban sprawl, for example, remains a major barrier in getting people walking and moving in many Australian cities. 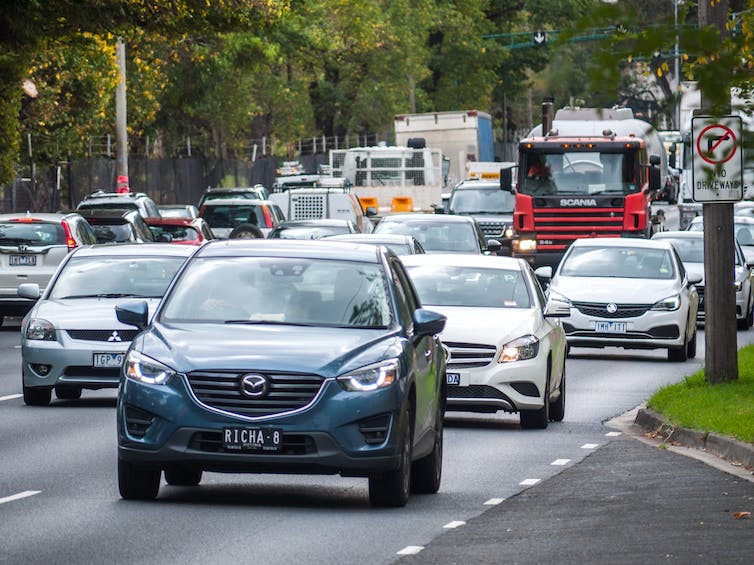 Cars can be a major barrier to physical activity. Shuang Li/Shutterstock

Meanwhile, men and women over 65 living in Australia’s major cities were more likely than their regional peers to report a lack of social support.

All of these factors, including air pollution, may contribute some explanation to the results of our study.

But it’s important to note that accessibility to health care may play a role. People in regional and remote NSW generally have to travel longer distances and have less choice than those based in cities. This may lead to lag times in the detection of Alzheimer’s disease, which would affect our results.

Connect with nature, wherever you are

Living nearby more green space has been associated with better cognition among adults living in Spain, Scotland and England.

These studies are backed up by decades of experimental studies that show contact with nature can provide stress relief and lower blood pressure.

Public green spaces have the added benefit of providing spaces for outdoor social and physical recreation and may also help to improve our sleep.

Read more: Green space – how much is enough, and what’s the best way to deliver it?

Green space tends to be more abundant in regional and remote areas compared with major cities, which may help to explain why we found an elevated risk of Alzheimer’s disease in major cities.

But no matter whether you live in the country or city, try to make use of whatever green spaces you have around you. Relax in the garden or make regular visits to local parks – your older self will thank you for it.

Taking too many medications increases risk of side effects

Almost one million Australians aged 70 and over take five or more medications daily.

Study shows that moderate drinkers had lower mortality rates than people who abstain.

Treatment for diabetes and depression just got cheaper.