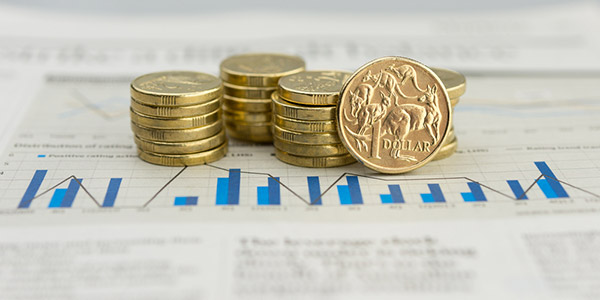 Yesterday the Reserve Bank of Australia (RBA) announced a 25 basis point cut to the official cash rate, making it an all time low of two per cent. Mortgage interest rates are predicted to reach an all time low of four per cent. In his statement announcing the cuts, RBA Governor Glenn Stevens noted that “the inflation outlook provided the opportunity for monetary policy to be eased further, so as to reinforce recent encouraging trends in household demand.”

Treasurer Joe Hockey was quick off the blocks, describing the rate cut as “fertiliser on the green shoots” of the economy, stating on ABC Radio that it would be good news for families and small business. He also made a direct appeal to households and business to take advantage of these historically low rates by investing, having a go.

The Shadow Treasurer, Chris Bowen, questioned how Mr Hockey could describe interest rate cuts as “good news” today, in stark contrast to his statement that rate cuts were evidence of a “struggling economy” when he was in Opposition.

Just a week out from his second budget Mr Hockey is celebrating the boost small business and families will get from rate cuts. But has he forgotten those who voted his government into power?

“Fertiliser on the green shoots of the economy” is an interesting turn of phrase in praising the RBA decision to drop rates yet again to record lows. And yes, we all have family and friends who will be greatly assisted by the average expected saving of $40 or so a month on mortgage repayments. But to think that the only people affected by a rate cut are those paying off a mortgage or running a small business is wilfully ignorant. Fertiliser indeed! Some might say cow manure! About 2 million Australian retirees are dependent upon a full or part-Age Pension. A high proportion have some money in a term deposit account and many depend upon the interest earned on these deposits for a few luxuries. Now that the official rate has hit two per cent, their returns on bank deposits will be negligible.

The result? Many retirees will try to improve their returns and some may consider riskier investments in order to get a higher return – one that they can live off. The Treasurer’s exhortations urging households to invest and ‘have a go’ are reminiscent of the heady days before the 2008 Global Financial Crisis, when investors hunted high returns with schemes such as Storm Financial – and they still rue the day.

Other retirees will go without in order to make up the shortfall in their income.

Some will drop basic health cover, reduce the quality of food purchased or reduce energy consumption, at times putting their health and wellbeing at risk.

So a lower interest rate is not universal good news, Mr Treasurer. You should study this fertiliser more carefully – or you may find yourself drowning in it next election day.

What do you think? Are you happy with another rate cut? Is this best for the country? Or are segments of the population being punished for a weak economy? How will you be affected?