Why do we travel?

My partner prefers to travel for golf. Though he still comes along for the ride even when there are no golf courses on my itinerary.

Me, I travel for three main reasons – for the adventure and for the stimulation. There’s no doubt in my mind that the challenges of the New York subway or the non-English-speaking taxi driver in Porto keep the brain active. But primarily I travel for food.

I don’t mind the odd church, museum and castle and I love a good sporting match, but at the end of the day, it’s the food that delivers the most satisfaction. It’s the reason I generally insist on walking as much as possible – to work up an appetite. I could bore you with a rundown on every dinner I had in the United States and Portugal in January, plus the ‘famous’ cheese steak I had in Philadelphia and which I won’t have again.

Which makes Bruny Island off the south coast of Tasmania, the perfect destination for me. 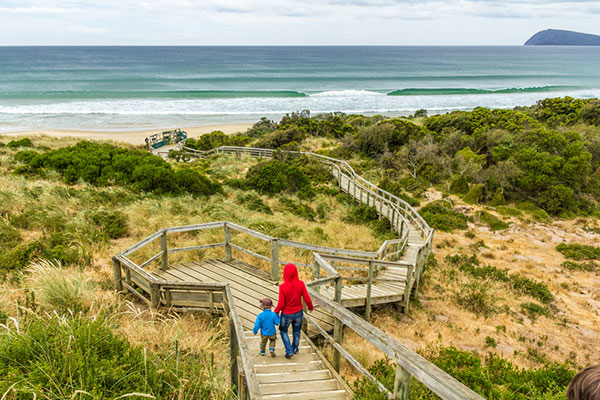 Tasmanians – rather than the popular supermarket that uses this slogan – are the fresh food people.

And Bruny Islanders are the ultimate fresh food people.

Getting to Bruny involves a 40-minute drive from Hobart to Kettering and then a 15-minute ferry ride.

You might know Kettering for the TV series The Kettering Incident, and Bruny for the series The Gourmet Farmer and possibly for the albino wallaby.

The island is about 100 kilometres long. According to some, it is actually two islands joined by an isthmus called ‘The Neck’. I’m not sure why that doesn’t make it one island with a long thin stretch of land in the middle. 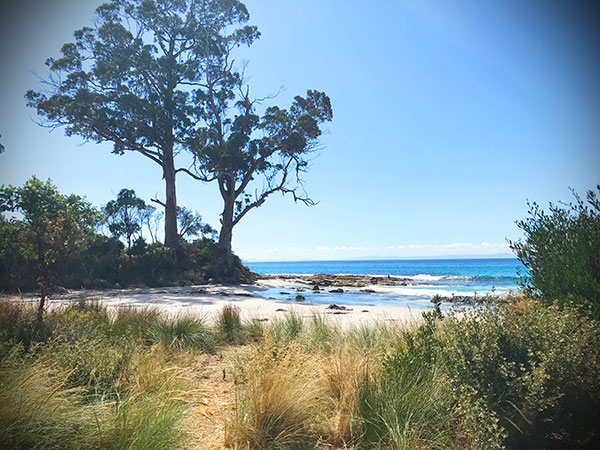 It’s home to fewer than 1000 permanent residents and only has a primary school.

It was named after French explorer Bruni d’Entrecasteaux, who explored the region and discovered it to be an island in 1792. Earlier visitors included Abel Tasman, Tobias Furneaux and William Blight.

There are great beaches, and walks and places to camp and fish. 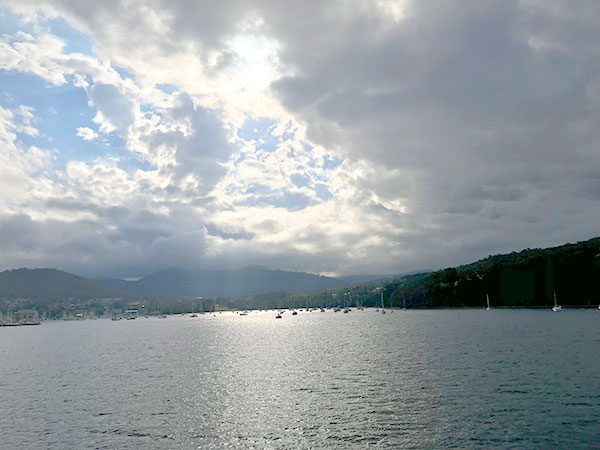 But back to the food.

The Bruny Island Cheese Company got the ball rolling in 2001 when owner Nick Haddow decided to put his envious cheese-making skills to the test on an island that wasn’t renowned as a food destination. His venture was a bit like the movie Field of Dreams – build it and they will come. And they did. Nick and the team make a big selection of delicious artisan cows’ milk cheeses and recently invested in their own herd in Glen Huon on the mainland. They also make the best sourdough bread I have ever tasted and great beers, including a stout that uses the whey from the cheese-making. Now that makes sense. 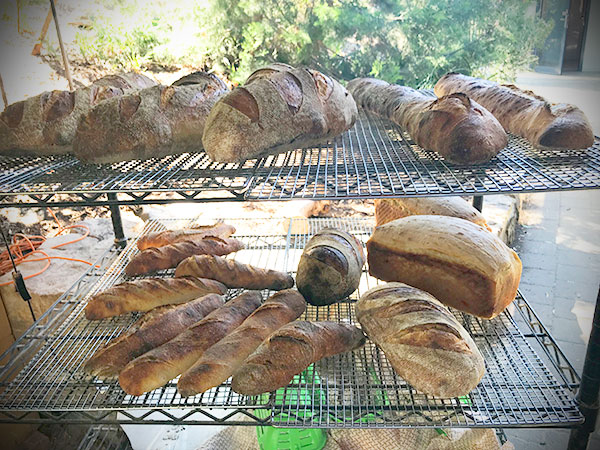 In the wake of Nick’s success, which put the island on the tourist map for more than its wonderful natural features, other food operators got on board.

Our day on Bruny also took in the outstanding oysters at Get Shucked – Pacific oysters harvested that morning and shucked minutes before we ate them. 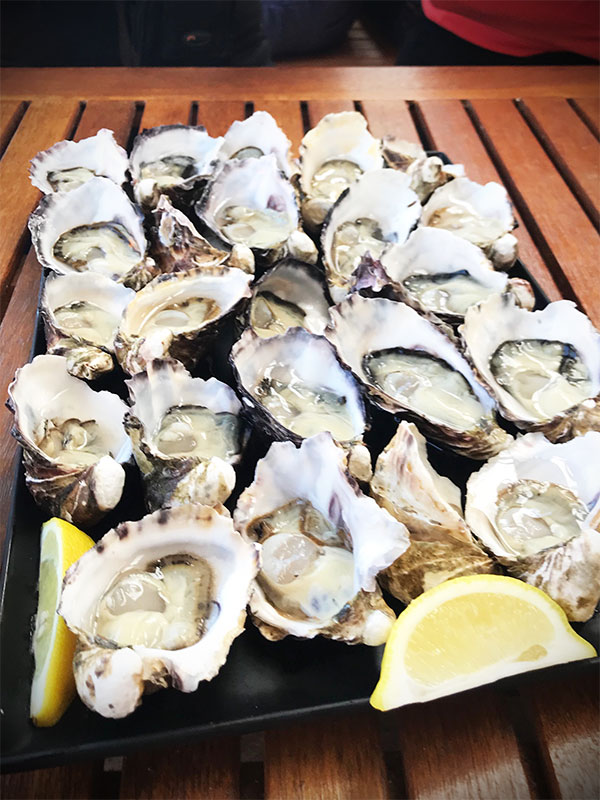 Then followed Bruny Island Honey with dozens of varieties of honey and mustards, Bruny Island Berry Farm with great coffee and delicious jams, the House of Whiskey which also produces bespoke gin, the Bruny Island winery and restaurant at Lunawanna and the Bruny Island Chocolate Company, with old-fashioned chocolate-covered honeycomb that I will return for.

There was more but we were only there for the day.

The roads are fine, with a basic infrastructure that includes a hotel and general store, a pharmacy, butcher, cafes and so on. But I reckon get there quick before the ferry services are expanded and it becomes everyone’s favourite weekend destination.

You may be horrified to know that we were back in Hobart at 6.30pm, and after four cheeses with sourdough and two beers, honey tastings, eight oysters, coffee, scones and raspberry jam, wine tastings and a fresh salmon lunch, chocolate tastings and samples of gin/whiskey (all for $175 with Pennicott’s Bruny Island Traveller tour, including transport and the best tour guide ever) we were ready to head out for dinner at 7pm. And we backed up at the farmer’s market the next morning. I love Tassie. 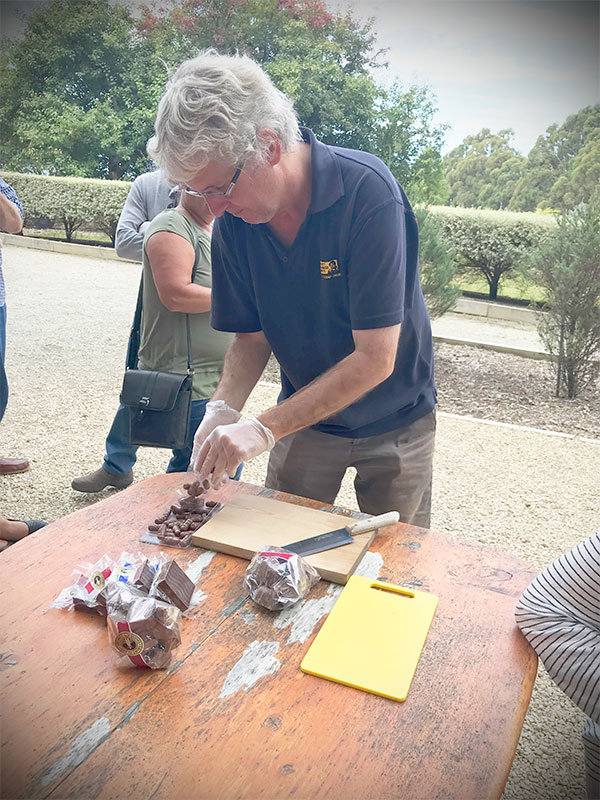 Do you travel for food? Have you been to Tassie?