Lady Victoria Hervey has hit the headlines after attending this year’s Golden Globe awards essentially naked, aside from a seam. Not nominated for an award, Hervey walked the red carpet of an after-party in a floor-length sheer dress. The dress left nothing to the imagination with scarce black sequins the only thing saving her so-called dignity.

According to the Daily Star the gown was created by Indian fashion designer Gaurav Gupta and was not really a surprising choice for Hervey, who previously revealed her underwear in a see-through dress at the 2012 Cannes Film Festival and wore yet another sheer dress to the Hollywood Domino pre-Oscar Gala and Tournament in February last year.

Amazingly, the 37 year-old socialite made it through the evening without a wardrobe malfunction, aside from putting on the dress in the first place.

Opinion: Less is not more

On Sunday night in California (where else?) the daughter of the sixth Marquis of Bristol, Lady Victoria Hervey, attended the Golden Globe awards. She was wearing a little (very little) see-through something with a few scraps of glitter pasted on one side. She has now ensured her place in the pantheon of celebrity try-hards who wear too little and expose too much. Other well-known members of this elite group include Miley Cyrus, Britney Spears and newly-separated Brynne Edelsten.

So who cares and if it’s so bad, why would I waste time blogging on this pathetic ‘look at moi’ spectacle?

It’s our editor Debbie’s fault. She clicked on the news item and declared that Lady Hervey had actually gone too far. So I leant over to see what she meant and had to agree that less is not more when it comes to attending high profile events practically stark naked. Now this may sound ridiculously old fashioned, but whatever happened to titillation? Remember when the hint of a cleavage, or a well-turned ankle would drive a man wild with desire? It actually wasn’t that long ago. I don’t think I’m a prude, but Lady Victoria’s bare arse and hard face are far from appealing. She has simply managed to combine looking cheap and tired at the same time. Sure her body is well-toned. But sexy? No, I don’t think so. I’m inclined to agree with Debbie. When it comes to celebrity glamour, it’s often more about what is covered, rather than what is flaunted, that makes the wearer stand out in a crowd.

Don’t believe me? Then look at the lady below, compare her to Lady V and tell us who you believe would win more compliments. 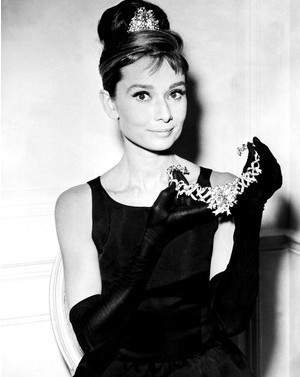