Susan Ryan in 1984, the first woman to be appointed to cabinet in a Labor government. Chris Wallace, University of Canberra

Rivalled only by the achievement of voting rights for women earlier in the 20th century, the Sex Discrimination Act Ms Ryan created and saw through parliament was the single biggest step forward for women in Australian history.

Read more: The larrikin as leader: how Bob Hawke came to be one of the best (and luckiest) prime ministers

Ms Ryan was a wry, intelligent, witty and energetic force for good in public life. She rose to the biggest policy challenges besetting Australia – inequality and discrimination – and achieved real change.

She brought brains and spirit to the big fights and relished them. Not for Ms Ryan any slinking to the sidelines, crushed by sledges and slights.

The first time I saw her was at a party in 1983, in the Old Parliament House office of her Hawke Government cabinet colleague, Peter Walsh. Here they led a raucous wine-fuelled rendition of a Catholic hymn, followed by an equally spirited version of The Internationale. Ms Ryan was from a generation of politicians who knew how to fight, have fun and get really important things done.

Born in Maroubra in 1942, she was educated at the Brigidine School where she absorbed the lesson that “St Brigid was the equal of St Patrick, she worked with him in partnership”. It was here she registered too that:

… women were as clever, energetic and knowledgeable as men (but) society at large and the Church placed women in an inferior position and fought hard to keep us there.

Ms Ryan was the first in her family and school to win a scholarship to the University of Sydney. She studied education, expecting to go on to a career in teaching. After graduating she married public servant and later diplomat Richard Butler. “Because of this I lost my scholarship and had to pay back the scholarship money,” Ms Ryan recalled, a penalty not suffered by men in the same position.

In 1965, Ms Ryan and Mr Butler moved to Canberra and the next six years saw her study for an MA in English Literature at the Australian National University, tutor at the Canberra College of Advanced Education (now University of Canberra), and become a founding member of the Belconnen Branch of the ALP.

This was interrupted by two periods living overseas when Mr Butler was posted first to Vienna and then, in the early 1970s, to New York just as the foundational texts of second-wave feminism by Kate Millett, Gloria Steinem and others, primed by earlier work by Betty Friedan, were published. Ryan’s fellow Sydney University alumna Germaine Greer’s The Female Eunuch was part of the mix too, giving Ms Ryan and her peers revolutionary insights into the outrageous injustices permeating their lives as women.

Ms Ryan returned to Canberra in 1971 with their two children but without Mr Butler, whom she divorced the following year. Her energetic, entwined Women’s Electoral Lobby (WEL) and ALP activism were conducted while completing her ANU masters degree and being employed as head of the Australian Council of State School Organisations.

Ms Ryan worked hard for the Whitlam government’s election in 1972. Two federal elections later, at the “Dismissal” election of December 1975, she was elected a Labor senator for the ACT. When Bill Hayden succeeded Gough Whitlam as opposition leader after the 1977 election, he made Ryan Labor’s first ever woman frontbencher with responsibility for communications, the arts, media and women’s affairs.

Focused intently on the development of high-quality policy, Ms Ryan was on the progressive end of the Labor party and impatient with its left/right factional battles, which she perceived as more about personal power struggles than genuine differences over ideas.

These policies were embraced and implemented by the Hawke government on its election in March 1983, with tremendous success. 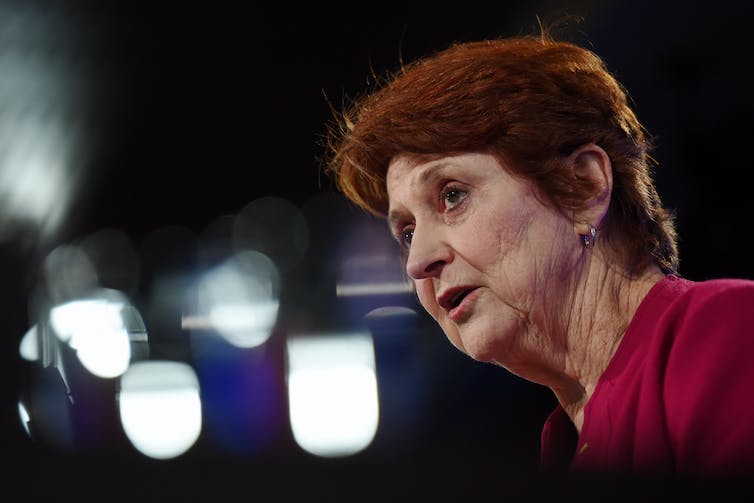 Ms Ryan was initially sceptical of the virtues of Bob Hawke over Hayden as Labor leader and she, like Paul Keating whose dynamism she admired and with whom she shared a deep mutual respect, switched camps late.

Ms Ryan nevertheless came to admire Hawke’s leadership, which culminated in the 1983 victory and three subsequent election wins. With Paul Keating’s 1993 election win, this gave Labor five consecutive terms of government in what it retrospect has come to be seen as a golden age in postwar social democratic politics and policy in Australia.

Within three months of the government’s election, Ms Ryan introduced the Sex Discrimination Bill, which drew heavily on a private member’s bill she pursued unsuccessfully from the opposition benches in 1981. The bill was controversial and its passage rocky. Ryan fought the good fight and won.

Ms Ryan’s work as a spearhead for progressive policy took its toll. As the government wrestled with economic policy adjustments necessitated by Australia’s current account crisis in the mid-1980s, she left politics after just five years in cabinet. Her post-parliamentary life saw her focus on superannuation policy and rights for the aged, especially for older women.

Ms Ryan’s contribution to public life was outstanding. She was happy with the reality of her achievements and did not look for credit or applause. She is a signal example to those who despair of getting things done in democratic politics. Ms Ryan showed, even on the most controversial issues, it can and should be done.

Read more: Quotas are not pretty but they work – Liberal women should insist on them

Do you regard Susan Ryan as one of the great achievers of recent times?

Helping a loved one deal with hearing loss

If you suspect a loved one is struggling …

Why your lymph nodes are swollen

Your lymph nodes can swell and become tender for a number of reasons.

Avoiding the ramifications of bone breakages

Every 3.2 minutes, someone, somewhere in Australia breaks a bone. The older you are, the worse