Owning your home mortgage-free has long been the Australian dream. But the number of older homeowners entering retirement with a mortgage has tripled in the past two decades.

Outright home ownership among Australians approaching retirement is dropping dramatically. Analysis of Australian Bureau of Statistics (ABS) figures by the Sydney Morning Herald and The Age shows that in 2001, 65.1 per cent of those in the 55-64 age bracket owned their home outright. By 2021, the rate had dropped to just 40 per cent.

Meanwhile, over the same 20-year period, the number in that age group with a mortgage had more than doubled, increasing from 15.5 to 35.9 per cent.

Read: The difference between stamp duty and land tax

The number of people with a mortgage in the 65-plus age bracket, who are mostly already retired, has nearly tripled from 3.2 per cent to 9.6 cent. Almost one in 10 Australians of retirement age is still paying off a mortgage.

One obvious reason for the drop in outright home ownership since the turn of the century is the astronomical increase in house prices over the same period.

“We’re extending ourselves more, we’re taking on bigger mortgages, and taking a longer period of time to pay off,” says Nicola Powell, chief economist and researcher at Domain.

“What that means is people are going into their retirement years with part of their mortgage still hanging over them as an expense.”

Read: Bank of mum and dad among top 10 housing lenders

It’s a trend that’s not set to reverse any time soon. Data from research firm Digital Finance Analytics shows that in the early 2000s, the median age of a first homebuyer was 24.5, and mortgages were typically taken out on 20-year terms.

The majority of people could expect to have their home fully paid off some time in their 50s, if not earlier.

Today, a median first homebuyer is 10 years older at 34.5 and mortgages are mostly linked to 30-year payment periods. This will see the average homeowner servicing a mortgage right up until the age of 65.

Read: Time to tap into a reverse mortgage given soaring prices?

It’s even possible to get mortgages on 40-year terms. Using today’s median first homebuyer age, that means a person could still have a mortgage in their mid-70s.

Older Australians, particularly older women, are the fastest growing demographic experiencing homelessness. If something isn’t done to address housing affordability, the number of retirees living with housing stress will continue to grow. 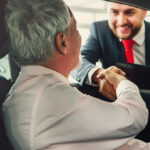 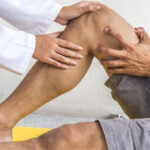