The housing boom is slowing the rate at which Australians are downsizing, with many older homeowners preferring to stay in their homes for longer.

Jenny Brown, writing for domain.com, says she has noticed “Fear Of Moving Out” among neighbours in her leafy suburb. She says record prices for houses in her precinct are “very unsettling for vintage householders”.

“At a regular community meeting last week, four of the six in attendance – including one of the sellers farewelling the group – admitted they’d genuinely considered the downsizer step but had faltered in its execution because ‘where do we go?'”

Ms Brown found that those considering downsizing would have to settle for lesser properties or a move away from family to a regional area.

“Desperate downsizers who will pay breathtakingly over the odds are old school FOMO folk. They so fear missing out, they’ll apparently pay whatever it takes,” she wrote.

“Meanwhile, my bewildered neighbours, suffering the other fear of moving out have resolved to stay sane and stay put. Especially when the idea of employing a gardener equates to a fraction of the cumulative costs of stamp duty, moving, setting up and improving another smaller house.”

Read more: An expert guide to going it alone in retirement

The pandemic and its lockdowns have led to a surge in people considering a tree change. In November 2020, Digital Finance Analytics (DFA) estimated 1.1 million Australians intended to sell their property in the next six months, up from 337,000 a year earlier, news.com reported.

But an Australian House and Urban Research Institute study showed up to 80 per cent of Australians aged over 55 wanted to live in their own home as they aged to “maintain closeness to family and friends, shopping, transport and health services”, theurbandeveloper.com reports.

For those who can afford it, there is a trend to build a house, rather than downsize to an apartment.

Peter Koulizos, program director, school of architecture and built environment at the University of Adelaide, told the AFR many older home builders had substantial equity, giving them the spending power to build the houses of their choice.

“Luckily, the people who are in that age bracket have done pretty well as the housing market has been very strong, so it makes sense to build or renovate [rather] than move into aged care,” he says.

Janelle Goulding, general manager of Sydney-based builder Thrive Homes, says: “We’ve seen around a 20 to 30 per cent increase in the number of people who are in their 50s and older wanting to build their own homes, rather than downsizing to an apartment.”

Demographer Mark McCrindle says many Australian empty nesters, rather than downsizing, are renovating to make their current residence their “forever home”.

The federal government’s downsizer superannuation scheme, launched in July 2018, allows eligible homeowners to contribute a lump sum of up to $300,000 to their super from the proceeds of the sale of their property.

“If the scheme had been successful, we would have seen larger numbers,” says Grattan Institute economist Brendan Coates.

“Financial motivation is not the reason people downsize.”

The Productivity Commission says 83 per cent of Australia’s five million people aged over 60 want to age in their own homes, choosing “location, size and emotional ties over downsizing, right-sizing or retirement communities”.

Mr Coates says people move to a smaller home only when they must for practical reasons, such as not being able to cope with a big garden or stairs and when they do move, they often want to stay nearby.

Abolishing stamp duty and including more of the home in the assets test for the Age Pension would likely do more to encourage people to downsize, he says.

Mr McCrindle says another reason older Australians aren’t moving out of the big house is that their kids are not moving out either. Boomers have also appreciated having extra space when working from home.

Baby boomers are determined to keep the family home because they want to avoid aged care facilities.

“So many mid-life Australians have said to themselves, if not out loud, ‘I never want to go to one of those places’,” he says.

Have you considered downsizing? What is stopping you from changing dwellings? What keeps you in the family home? 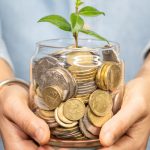