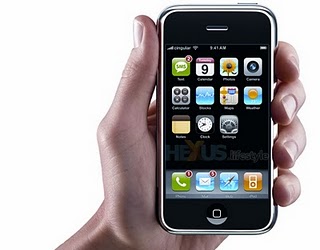 Telstra has recently launched its 4G network complete with a brand new 4G smartphone. While the initial coverage is limited, it is giving mobile phone users access to much faster download speeds and better mobile capability.

The most commonly used network in Australia at the moment is 3G, but the 4G network is said to be twice as fast. This will make life a lot easier for smartphone users. It will improve the speed of web browsing, downloading, accessing emails and using popular social media apps.

Currently, 4G is only available within five kilometres of capital city CBDs, associated airports and some selected regional areas. For a more detailed understanding of the coverage, Telstra have provided a very useful map on its webpage. On it you can see the different areas and can even search for your hometown to see if 4G is available near your house or workplace. But don’t be alarmed at the limited coverage at the moment; if your 4G phone is out of 4G coverage it will automatically switch to 3G, so you will can still be able to access data and use your phone at the same speed it operates at now.

Telstra’s new HTC Velocity 4G phone is Australia’s first 4G smartphone and is currently the only phone you can use if you want to connect to the new network. It is available from Telstra on a number of different plans.

But the 4G network is not just for mobile phone users. It will also increase download speeds for those using USB mobile broadband devices. Again, the 4G network can deliver twice the speed of the 3G network.

However, there are some questions about when the 4G network will be spread beyond the current sites, especially in regional areas. This could affect the rate at which people sign up for the new network. Some predict that only keen smartphone users and people coming out of existing contracts will sign up for 4G in the near future.

Telstra is the only Australian provider offering 4G at the moment, but Optus is planning to launch it in April this year. Vodafone are yet to announce a launch date.

Will you be signing up for 4G? How will it improve your smartphone and internet use? Are you happy with 3G? If you’re in a regional area are you concerned that 4G will take too long to reach you?