When it comes to your mobile phone bill, sticking to the majors can sometimes end up costing you. There are many smaller operators in the market that can save you hundreds.

Australia’s telecommunications retail market is dominated by three big players. At the top, with 48 per cent of all Australian mobile customers, is Telstra, followed by Optus with 33 per cent and TPG/Vodafone with 18 per cent.

Around 20 smaller telcos make up the remaining 10 per cent. It makes sense, as these three companies own and operate Australia’s mobile network infrastructure.

But with cost-of-living pressures rising, are you getting the most value from the major operators?

In today’s day and age, our phones are used for so much more than just making calls. Virtually every app on your phone utilises the internet in some way, and you can very quickly find yourself running short.

Tara Donnelly, telco editor for Canstar, told The New Daily the average user churns through a lot more data than they think each month.

“The average data use in Australia is something like 11 GB per month, so we tend to say that plans offering between 10 and 20 GB per month is probably plenty for the average user,” she says.

Read: Can your mobile phone get a virus? Watch out for these signs

There are many smaller telcos offering much better data deals than the big three, including 20GB per month for $20 from Dodo, 15GB for $22 from TeleChoice or a whopping 30GB per month for just $25 from Circles.life.

“If you look at postpaid their [the big three] plans start at about $40 a month, where with the smaller providers you can easily find offers starting at about $10 or $20 a month,” Ms Donnelly says.

If you’re not really a big data user and mostly use your phone for calls and the occasional text, you can find unlimited call-time SIM-only plans for as little as $10 per month.

Read: Can I keep my number if I change mobile providers?

If you make international calls, the smaller players again outstrip their major counterparts.

“This amaysim plan is a superb all-rounder as you get unlimited international calls and text to 28 destinations, on top of the unlimited local talk and text. With their current promo running until 30 June, you can get $15 off on [the] first three renewals – that’s 30GB data for $15,” WhistleOut says. 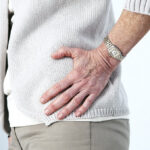 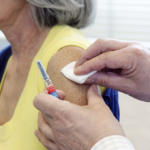