In a bid to tackle the ever-growing problem of online bank scams, Westpac will now block purchases from Australian accounts to suspect overseas merchants.

If a scam is detected after an online payment is made, the transaction will be blocked automatically, and the customer will be notified via SMS.

If the purchase is legitimate, the customer will need to contact Westpac’s fraud department to give authorisation for the payment to proceed.

Read: How to recognise the latest online scams and keep the thieves at bay

“We want to help put a stop to online scams by blocking retailers who may be misrepresenting what they’re selling or duping Aussies into handing over money for products they’ll never receive,” says Westpac head of fraud Ben Young.

“The technology adds another layer of security for our customers shopping online and intervenes when they are making a purchase with a suspect retailer.

The new technology is being rolled out after a successful trial last year, focused on retailers selling diet pills, where more than 99 per cent of customers did not go ahead with the purchase.

Westpac says more than 11,000 potential scams were blocked during the trial, saving 4000 customers more than $1.2 million.

Read: How to talk to older people about financial scams

Since expanding the technology’s use to other retailers in January, Westpac says it has saved customers more than $6 million.

The automated scam detection system analyses transaction patterns, merchant behaviours and attributes, as well as reports from other customers to add and remove retailers from ‘high-risk’ lists. Merchants being blocked are exclusively located overseas.

“Over the past two months, we have stopped 69,000 customers losing more than $6 million through our scam blocks, with customers saving an average of $87.

“Through expanding this to more merchants, our modelling predicts we will stop an additional 2000 customers each day losing an estimated $120 million annually to dodgy overseas retailers.”

The number of increasingly sophisticated online scams is growing each year in Australia. Aussies lost more than $323 million to scams last year, and are on track to beat that figure in 2022, recording $95 million in losses in March alone.

“Scams succeed because they look like the real thing and catch you off guard when you’re not expecting it, says Scamwatch.

“Scammers are getting smarter and taking advantage of new technology, new products and services to create believable stories that will convince you to give them your money or personal details.” 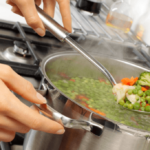 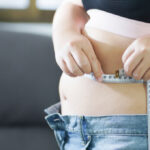