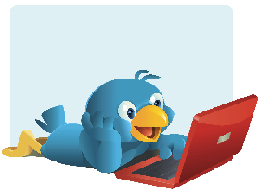 Unlike Facebook, there are more subtle ways to remove someone from your timeline. Drew explains how to remove a follower without the embarrassment if they do find out.

Being a frequent tweeter, there is nothing more embarrassing than when you unfollow someone and they notice. This usually happens because they are still following your posts and notice that you are no longer following them. To avoid this embarrassing conversation, it is best to remove them from following you at the same time.

Start by navigating to the user’s page. For example, if I wanted to unfollow Google on twitter, I would visit //twitter.com/google. The first thing I want to do is unfollow the account by clicking the icon which currently says ‘Following’. When you scroll over it, it will say ‘unfollow’. Once you have clicked the button, it will now show that you are no longer following Google. Because Google really enjoys our tweets, it is also following us in this example… but we don’t want to hurt Google’s feelings, so we want to remove it from following us. To do this, click on the icon next to the ‘Follow’ button, which is a portrait of a person with a drop down arrow next to it. From the drop down menu, click on ‘Block @Google’. We have now blocked Google from ever reading any of our posts or following us again. This is confirmed by the ‘Follow’ button now showing as ‘Blocked’. As we don’t want to hurt Google’s feelings should it ever wonder why they don’t see us post anymore, only to find out it is blocked, we will click on the ‘Blocked’ button to unblock Google. Google is no longer following us and we are no longer following Google.

The final step of unfollowing someone on Twitter is to understand why we went through this process. If you really don’t mind what the person thinks, you can simply unfollow and click the block button. But, if you do care, this strategy is perfect, as almost every user on twitter knows that for some strange reason, your account will randomly unfollow someone on occasions. If questioned, this will be your excuse.

More From: Tutorials / How To