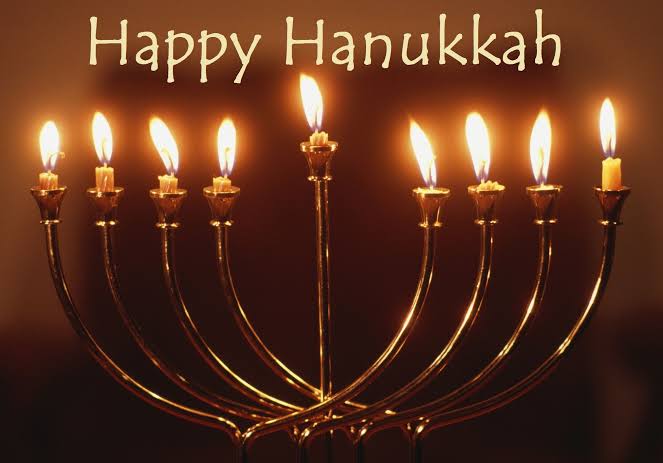 In tribute to this topic's former name ... A laugh a day keeps the undertaker away ...

1. If you take an Oriental person and spin him around several times, does he become disoriented?
2. If people from Poland are called Poles, why aren't people from Holland called Holes?
3. Do infants enjoy infancy as much as adults enjoy adultery?
4. If a pig loses its voice, is it disgruntled?
5. If love is blind, why is lingerie so popular?
6. Why is the man who invests all your money called a broker?
7. When cheese gets its picture taken, what does it say?
8. Why is a person who plays the piano called a pianist but a person who drives a racing car not called a racist?
9. Why are a wise man and a wise guy opposites?
10. Why do overlook and oversee mean opposite things?
11. Why isn't the number 11 pronounced onety one?
12. 'I am' is reportedly the shortest sentence in the English language. Could it be that 'I do' is the longest sentence?
13. If lawyers are disbarred and clergymen defrocked, doesn't it follow that electricians can be delighted, musicians denoted, cowboys deranged, models deposed, tree surgeons debarked, and dry cleaners depressed?
14. I thought about how mothers feed their babies with tiny little spoons and forks so I wondered if Chinese mothers use toothpicks?
15. Why do they put pictures of criminals up in the Post Office? What are we supposed to do, write to them? Why don't they just put their pictures on the postage stamps so the postmen can look for them while they deliver the post?
16. You never really learn to swear until you learn to drive or play golf! Definitely the latter!!
17. No one ever says, 'It's only a game' when their team is winning.
18. Ever wonder about those people who spend two pound a piece on those little bottles of Evian water? Try spelling Evian backwards:
19. Isn't making a smoking section in a restaurant like making a peeing section in a swimming pool?
20. If 4 out of 5 people suffer from diarrhoea, does that mean that one enjoys it?
21. Why if you send something by road it is called a shipment, but when you send it by sea it is called cargo?

Ha Ha RnR - Loved all of those sayings. “Britain would not be Britain without its Jewish community,” Prime Minister Boris Johnson said in a Hanukkah message. “And we will stand with you and celebrate with you — at Hanukkah and all year round.” 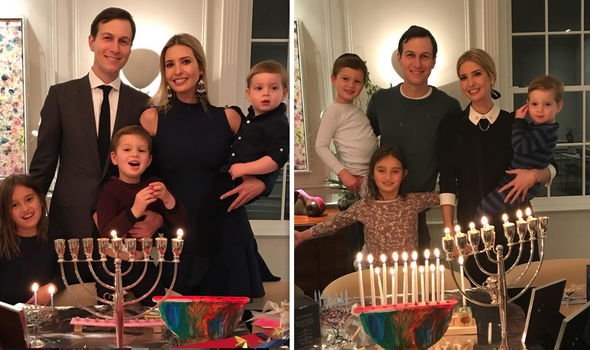 May the lights of Hanukkah indeed usher in a better world minus Trump, Boris, Morrison and all the other idiots who run this world!

Sorry, that was not funny was it? Are we still trying to be funny on this thread?

Hi ABE, like both Boris Johnson and Donald Trump, I have only the greatest of admiration for members of the Jewish community. If only we all possessed their fortitude, their patience, will power, inventiveness, passion for life and humour, what a wonderful world this would be. My wife wanted to find out more about Hanukkah and came across this article. I thought I'd  post it here.

"Amid the Holocaust's Horrors, Many Jews Found Ways to Mark Hanukkah" Written by Natasha Frost, History.com

From carving menorahs on stolen blocks of wood to creating makeshift wicks from scraps of fat and used loose threads, concentration camp inmates devised covert ways to celebrate the holiday.

"There was little room for light in Theresienstadt—especially in the darkness of early December. Some 140,000 Czech Jews came through the Nazi camp-ghetto and holding pen, with almost one in four eventually submitting to disease or starvation. Those who survived were almost always brought on to other, still more terrible places.

But even in Theresienstadt, surrounded by despair, the camp’s inhabitants found ways to extract joy. In late 1942, someone stole a large block of wood from the Nazis running the camp. Into it, they carved an ornate hanukkiah—the special kind of menorah lit at Hanukkah—with nine candle holders and a Star of David. A Hebrew inscription curves over the top: “Who is like you, O Lord, among the celestials?”

For most of the year, the menorah remained hidden. It was forbidden to celebrate Jewish holidays or to teach children about Judaism. But once a year, usually in the depths of December, it was brought forth and lit. The lamp was not recovered until after the war, and is now in the permanent collection of the Jewish Museum in New York.

The Jewish festival of Hanukkah celebrates the rededication of the Second Temple in Jerusalem. According to legend, Jews rose up during the second century B.C. after the ancient Greeks had banned Jewish religious practice. According to the Talmud, one of Judaism’s most central texts, the Temple was liberated and rededicated, with a new altar and new holy vessels. But there was only enough untainted oil to burn candles in the temple’s menorah for a single day. Somehow it burned brightly for eight days and eight nights, buying enough time to prepare a fresh supply of oil. The holiday commemorates this event.

For the most part, Hanukkah is a minor festival, with few specific obligations about what Jews can or cannot do over these eight days. But this story of tenacity and hope took on special significance for Jewish people during the Holocaust.

While few other Jews had a physical hanukkiah in the camps, many found ways to kindle a flame and celebrate the holiday. In 1943, amid the horrors of Bergen-Belsen, 11 survivors saved scraps of fat from their food and used loose threads to form makeshift wicks. A carved raw potato served as the candle-holder, while a wooden shoe was repurposed into a children’s dreidel.

In her book, Hassidic Tales of the Holocaust, Yaffa Eliach describes how Rabbi Israel Shapiro chanted the blessings to the assembled inmates: “On the third blessing, in which God is thanked for having ‘kept us in life and preserved us and enabled us to reach this time,’ the Rebbe’s voice broke into sobs, for he had already lost his wife, his only daughter, his son-in-law, and his only grandchild.”

All over Europe Jews found ways to celebrate the holiday. After arriving at Westerbork, a transit camp in the Netherlands, in late 1943, the Elchanan family used recycled battery parts to make a menorah out of wood and aluminum foil. Grease and cotton wicks served as candles.

Holocaust survivor Yechezkel Hershtik, then a boy of about 12, remembers stopping on a bridge as they were transported on foot between the Romanian camps of Sacel and Iliora. They lit candles along the wall of the bridge, said the Hanukkah prayers, and then continued on their way.

Holocaust survivor Yechezkel Hershtik, then a boy of about 12, remembers stopping on a bridge as they were transported on foot between the Romanian camps of Sacel and Iliora. They lit candles along the wall of the bridge, said the Hanukkah prayers, and then continued on their way.

See you my friend, enjoy your weekend.

Ahh, Banjo, that story brings back some memories. I remember my Grandmother telling us similar stories. Thanks mate we loved reading that. Bijou and I are getting a bit fed up with the cold over here and thinking of visiting a good friend in Barbados, hoping he will put us up or we're in for some pretty expensive accommodation costs.  Now here's the best pic of the year so far. 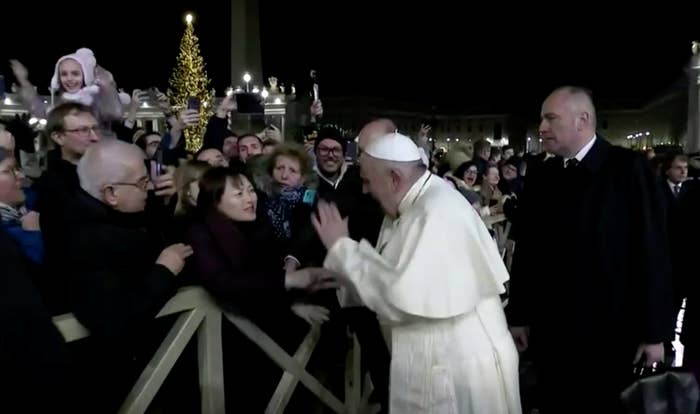 Good on you Pope, there's a few I would like to slap too, LOL. 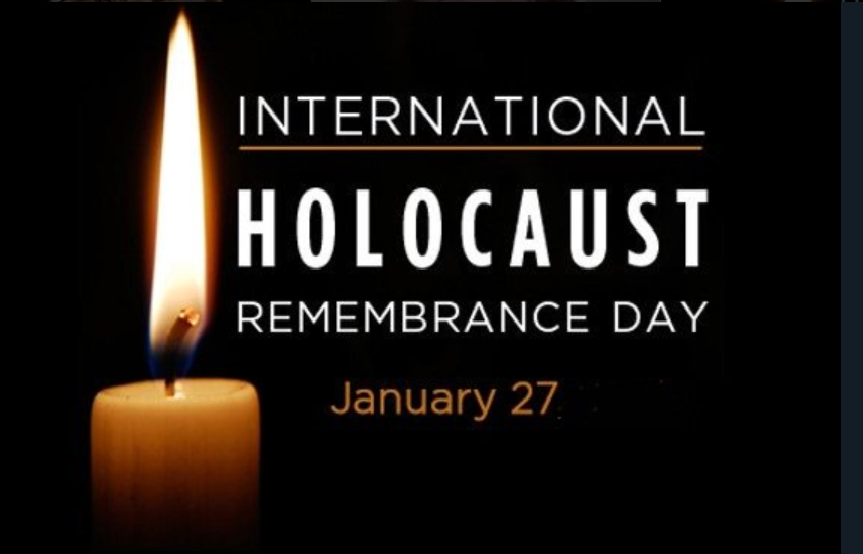 A married couple were asleep when the phone rang at 2 in the morning. The wife (undoubtedly blonde) picked up  the phone, listened for a moment and said, "How should I know, that's 200 miles from here" and hung up. The husband said "Who was that?", the wife said "I don't know, some woman wanting to know if the coast is clear."

Yes Hola humour  and music were very important to the Jews who were sent to Auschwitz and other concentration camps. It helped them forget for a short while the horrors of the holocaust.

The 20th-century Jewish theologian Abraham Joshua Heschel wrote, “There are three ways in which we respond to sorrow. On the first level, we cry; on the second level, we are silent; on the highest level, we take sorrow and turn it into song.”