Is it time for Australia to do a "Megxit" and break away from the British monarchy?

Two decades have passed since the 1999 referendum and the Australian Republican Movement is launching a new campaign for a homegrown head of state.

"It's now time we draw a line under the differences of the past and work together to build consensus around a proposal for change," ARM chairman Peter FitzSimons said on Tuesday.

The flag of Australia is based on the British maritime Blue Ensign – a blue field with the Union Jack in the canton or upper hoist quarter – augmented or defaced with a large white seven-pointed star ...

Two men who are pushing for an Australian Republic 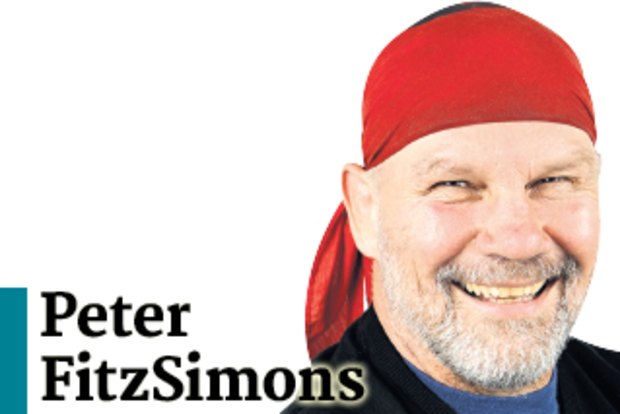 A new Constitution will be a great point of advancement for Australia. An actually modern based Constitution with modern laws and views, all responding to the needs of the Australian citizens of today, the 21st. century.

Approved by public referendum and not by by the British in any way or form and revised once a year by the government and the legal, unbiased groups of citizens dedicated to such purpose and study and working directly with the people in many fields, such as education, logistics, economy, ethics, law and other subjects of modern concern.

Political positions with a regular salary, comparable to other salaries for people responsible for similar concerns should be established (as it is now for different forms of employment) and the enormous salaries dispensed to politicians now revised and adjusted as well as the concessions given to them (Why on earth are they  given?) which should be dispensed as needed, if justified, not spent indiscriminately by individual for their own purposes.

Election and reelection of goverments should be made by application and acceptance by a legislative group and looking at the job accomplished, not by self-advertising (which should not exist!) and money donations to different parties made illegal, each party has its own program and the best program for the nation at election time, must be considred, appart from personal sympathies.

Corruption should be gravely punishable by law and banished as much as possible from our country, the population is small enough and we should be able to distinguish between the standards of our people.

Working together and for each other in a harmonious country should be our aim and anyone who is an accepted and approved inmigrant should be aware of our laws and have an aceptable knowledge of our language and customs and integrate in our communities as a new citizen.

This is my view of a new and improved Australia, I may be wrong but after having travelled all my life and seeing the different ways of many countries, I have come to the conclussion that harmony and decency can change the world and empathy and help between humans can make it better.

I am not an extremist, nor very religious or a zealot of any kind, simply an Australian with a view for a better country.

Sounds great where do I sign? I think we will need a revolution to budge this Government (and the opposition) to make the changes.

Start a movement with your ideas Alexia....I'll sign up too. I think this country is a chaotic mess with sub standard political input and leadership. Too many of our MPs are power lusting, self-serving, unethical, incompetent ratbags. Time for change!

sounds pretty good to me when do we begin?

I am happy to see people with intelligence and vision in this place where we are supposed (?) to be old and feeble-minded.

I have no problem with change.  But after many years in the Public Service I am wary of change that achieves nothing or actually makes us worse off.

We need two votes, one that I am sure will get through, " Shall Australia become Republic?", and a second more complicated one, " What form will that Republuc take?.

The one thing I am sure of is that the people need to select the Leader, not politicians,  we also need to ensure that we don't have a system where you need millions of dollars behind you in order to run for the position.

If we are going to reform the political system, we need to start from the top down and get rid of the political corruption and the capacity of politicians to act contrary to public morals/opinion.  Politicians have proven that they will distort guidelines and Codes of Conduct to suit their own wishes and can't be trusted to act in the best interests of the people. Like children, they need to have regulations and rules to keep them in line.  If politicians break the rules the "people" must have the option of dismissing them at the time of the offence, not months or years later when the dust has had a chance to settle.

This could be an opportunity to make our country so much better than it is now.  Or we can stuff it up and end up just re arranging the deck chairs on the Titanic.

The 2 vote questions was used in the previuos referendum.

Becoming a republic requires a constitutional change so that an Australian can become our head of state/head of nation rather than the British monarchy. And how we want that person put into the postion and what they can and cannot do must be decided by Australians. The Australian Republic Movement is calling on all of us to put forward just that. Respond to the survey at www.republic.org.au

Then the referendum for constitutional change to become a republic can be put to the vote with the discusison about the how and what already done.

I cant help but dispair about the current political corruption and abuse of guidelines and Codes of Conduct. (as exPS and others have stated)

It may not be the Westminster system, the one that Australia uses for its governance, that is the problem. It may be the calibre of candidates and the how we vote that is contributing to the current political malaise.

Perhaps it is us with life experience that should be standing for parliament.

Whatever one works. Everything I try has failed.

There is something I have thought of but not sure of either. If we go republic and piss off the royal leechers, won't it mean NO more Commonwealth Games? Elections will NOT be by the vote of the people, Governments select who will go in. Could end up like China where Ring a ding ding( Xi Jinping) is in there for life. I believe Rootin Tootin  (Putin) is doing the same thing or working towards it.

Australia can still be a member of the Commonwealth when it becomes a republic. 2/3 of Commonweatlh members are already republics so our participation in the Games and other Commonwealth activities can continue. Howver, we will garner greater respect and recogntion from the other members by being indpendent of the British monarchy.

But more importantly how Austrailia chooses the head of state, not its head of government, will be determined by us. And I cant imagine that we would support a constitutional change that would lead to the current state of affairs in China and Russia.