Australia's 1,000 MILE wall of fire: More than 140 blazes tear through Queensland - as 10,000 residents are urged to grab their loved ones and flee NOW 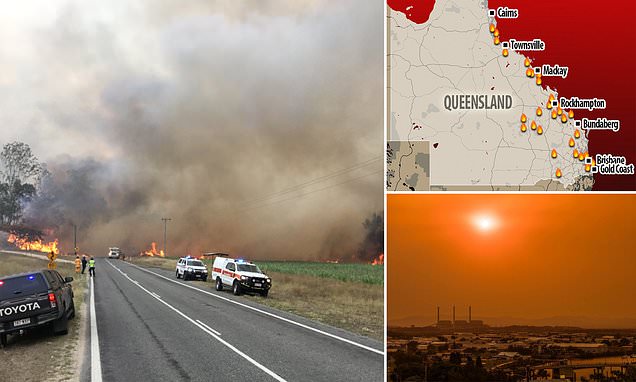 Nearly 10,000 people have been told to flee immediately as more than 100 fast-moving blazes tear through Queensland amid the state's bushfire crisis.  Thousands of people were evacuated from communities in central Queensland after catastrophic fire conditions on Wednesday. Early on Thursday, residents of two more communities - Campwin Beach and Sarina Beach south of Mackay - were woken by police and emergency text messages telling them they were in danger and to move to safety immediately. About 140 bushfires are burning across an almost 2,000km stretch from Yungaburra, south of Cairns, to Mount French, west of the Gold Coast.

Meanwhile back in Sydney - the sun turned red 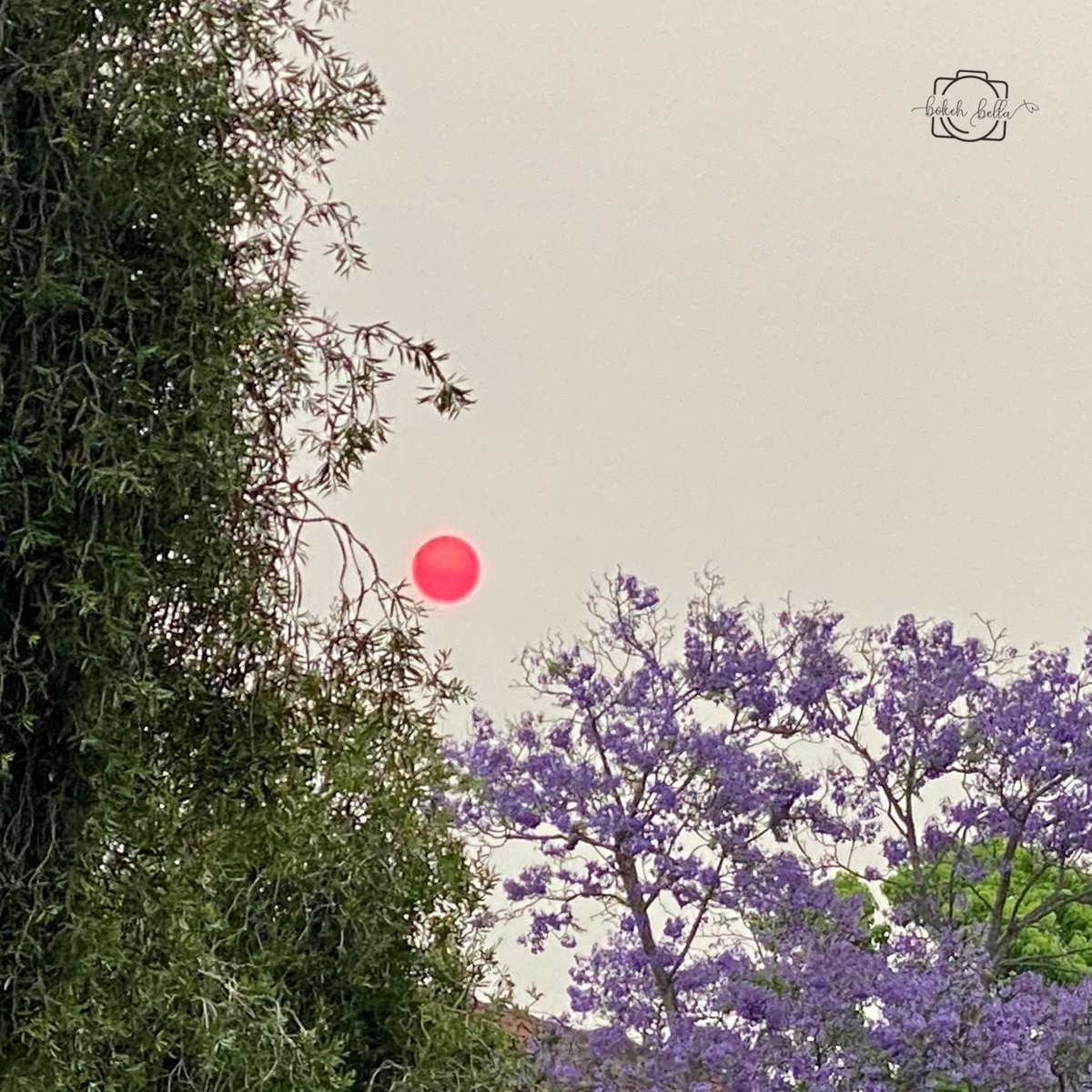 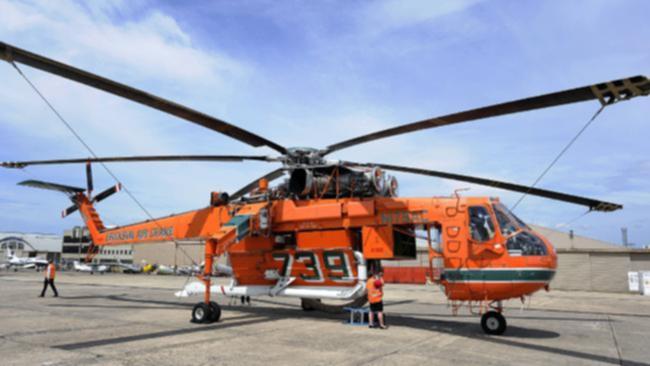 Disclaimer: At no time did I peek over my neighbour’s fence to spy on their masterpieces before writing this post, LOL

WA’s firefighting capability has been strengthened with the launch of its full aerial firefighting fleet, including the return of the giant Erickson Aircrane ‘Georgia Peach’.

Georgia Peach arrived in Fremantle Port a few days ago, after a busy fire season in Greece. The bright orange Air-Crane carries up to 7,560 litres of water in each load and can refill in less than 18 seconds when scooping from the sea or large dams, and 45 seconds hovering over water.

Georgia Peach will now undergo routine maintenance to ensure she's in peak flying condition ahead of coming on line later in December. We’re all hoping the weather deities will smile on us but it sure is reassuring we’ve got Georgia on our side!

The Rescue Collective, in conjunction with Animal Rescue Freecycle and Support is collecting donations on behalf of smaller rescues to help badly burned wildlife who have been impacted by the bushfires.

You can donate to the Rescue Collective here, or find a list of wanted items for donation with a list of drop-off locations here.

WIRES (NSW Wildlife Information, Rescue and Education Service) is accepting donations to help their efforts in supporting displaced and injured wildlife affected by the NSW fires.

"It is impossible to estimate the number of native animals that have already been killed or how many more will be lost in the fires, or to predict the impact that this additional loss of habitat on top of the drought will have on wild populations," WIRES says.

You can donate to WIRES here.

Australian Lions Foundation has set up a national appeal to support those impacted by the bushfires across Australia.

Lions Clubs are already working with their local communities to identify those who need support – this is why times of crisis Lions is so effective in distributing support quickly and to those who need it most.

You can donate through your local Lions Club or donate online here.

With Christmas approaching why not treat yourself to a Lions cake!

Very tasty cakes KIAH. We usually buy ours from a stall at Bunnings. You can also order these for presents. Hannukka is around the same time too so a welcome addition.

Bijou, did you check with media communicado before writing that post? So funny!

KIAH those cakes are highly recommended and one of the Christmas staples in my larder (even though I do make one for Christmas Day). There’s some rum in the cake but if you can’t taste it..well..you can always perform cake surgery and make it as "boozy" as you like for the adults. Google how to do this!

Haha Sophie, thanks for the tip, will pass it on to the chef in our house.

KIAH, we are supporters of  Lions, period. The cakes are really good and will certainly be getting a couple or more as usual this year.

A song in remembrance of those who lost their lives in Australian Bushfires, and in support of those who remain.

Hello my dear friend, lovely to see you around.  Hope with your sinus problems the smoke does not bother you too much.

Hi friends, beginning to think I should have stayed in Tassie. Awaking to this scene yesterday was not inviting in the least.

PHOTO: Smoke made for a menacing sunrise over Sydney (AAP: Dylan Coker)

The extent of the bushfires are massive, and the smoke cloud has gone global. NASA have tracked the smoke cloud lofted 12-13 kilometres into the atmosphere from the hundreds of fires along the east coast of Australia. This smoke has drifted across the Pacific and South America, and even been detected over the southern Atlantic.

Click on the link below to watch the animation of black carbon smoke travelling to Santiago and S.America.

I posted that 3days ago under the topic Fires .... the new normal

.. are you pilfering info from that site ? LOL

"Surely even you can come up with something more intelligent than that."

... yes I can come up with something more intelligent :)

ps: Suze, have you ordered your Firefighters calendar yet? Sorry there isn't one with pics of donkeys, but the others are really attractive. 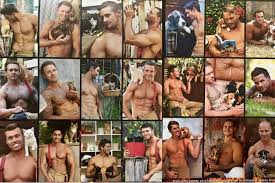 All money goes to help kids with burns.

I cannot see any lady firefighters there - so hardly am going to buy one of those.... even you would look better than them.

That echidna is a male .... just look at the size and the eye

One of my favourite spots for a cycle ride, but avoiding it at the moment.

Sent you a text but just in case you look in here. The smoke in Sydney is expected to hang around for a few more days. The pharmacies are reporting huge sales of face masks. If you need any more, I have a bundle and can get some over to you if necessary.

I have just seen this on YLC site. How great! Thank you YLC!

Yes KIAH and I just saw this in the advertising section also. How very nice of YLC to support this worthy cause! 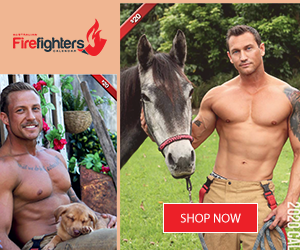 Weird how you could adore men's bodies at such a time. Don't you get what people are living with?

I "adore men's bodies" at any time..as long as they keep their bodies in good shape and use them for noble purposes!

That goes for me too Sophie, after all, we are in the body beautiful business! We do have some stunning firefighters come to do their training at our facilities and I find it hard to look away when they’re doing those bench presses!

Although I've already replied RAY, a second thank you does not go astray. We read about the smoke pollution while we were still in Tasmania and stocked up on masks. Still very smoky in the CBD and no point going outdoors unnecessarily. Especially since reading this:

Associate Professor Brian Oliver from the University of Technology, Sydney reached this conclusion after analysing the city's level of smoke-related particulate pollution, otherwise known as PM2.5.

Usually sitting at around eight, the reading, which is supplied by the NSW Department of Environment, was clocked at 641 on Thursday.

And on Tuesday the PM2.5 reading reached 734 in the city's most highly polluted areas, the equivalent of 40 cigarettes.

According to Oliver, when breathing in pollution at this level, it comes with similar long term health effects of smoking dozens of cigarettes.

Another interesting article that caught my eye this morning:

This year, California and Australia have simultaneously seen major wildfires that have been the result of similar conditions: extremely dry weather, unusually high temperatures and strong winds. But the two fire-prone regions have major disparities in how well they prepare their residents for threatening fire weather and active blazes. In many ways, Australia is far ahead of the United States when it comes to warning its population about bush fires, and this may be playing a role in keeping the death toll there relatively low — at six, so far — considering more than 2.5 million acres have burned and more than 400 structures have been lost...... 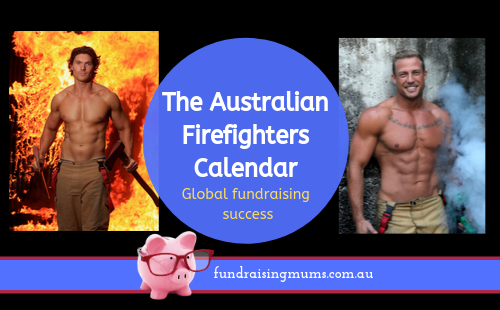 “Over the past 27 years, the Australian Firefighters Calendar has become one of the most iconic and successful (not to mention aesthetically pleasing) fundraisers in the country. So popular has it become, not only with an appreciative public but the fire fighters themselves, that winning one of the 12 coveted places in each year’s calendar has become a gruelling and competitive race.

Every year more than 70 firefighters come from all over Australia, and compete in a demanding three-week photo shoot. They will lift over 100,000kg of weights to ensure they are in peak condition, over 4,000L of fuel will be burned to master the perfect shot, and at the end only 12 photos will be selected.

It’s not just Aussies who appreciate the charitable works of the firefighters. A quick glance at the Australian Firefighters Calendar media page shows link after link to international talk shows and news channels from as far away as the USA, Japan, Taiwan even the Ukraine.

Since the first calendar was released in 1993, more than $3 million dollars has been collected, with more than half raised in the last five years alone. Every cent is then donated to a number of charities around the country including hospitals, research centres, animal rescue groups, cancer services and support for burns survivors.

More than that, the firefighters selected in each year’s calendar become ambassadors of the charities, visiting them in person and seeing how the money they help raise can change people’s lives. It changes their lives as well.

In the words of Dave Rogers, the brains behind the project ‘we get to help people who can’t help themselves.’

Check out the Firefighters media page:

Time for a musical interlude by everybody's favourite! Enjoy the rest of your Sunday!

Thank you people, well worth the trip in.

Ladies, we have ordered a few calendars for Christmas gifts and several cakes.

Thanks for the tip Sophie on how to "spice" the cake up!

Hi KIAH, must make a plug for the Perth Firefighters calendar too! 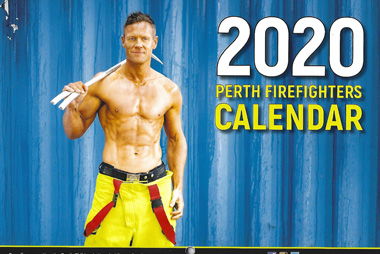 They contributed to this equipment for the Children's Hospital 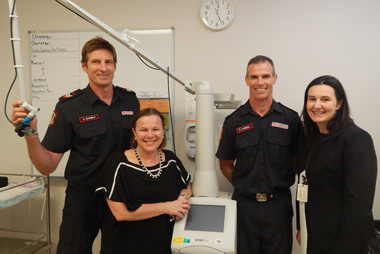 and of course if you would rather have something for the kids to cuddle, the Stitches Bear is available for purchase! 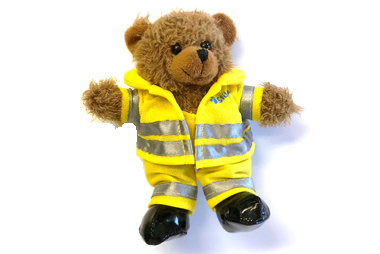 Love the bear Bijou!  Will be contacting you about purchasing a couple (or more) for presents for Christmas:)

I left this message in a couple of places for you KIAH. Just to say if you tell me how many bears you want, I can personally order them from the shop and you will definitely get them before Christmas.

I'd love one of those teddies too Bijou :)

So yes please order me some too

With pleasure Suze, but I think in your case, you'd be better off ordering online.

KIAH will have her's delivered by ABE who will be in Melbourne a week before Christmas :) 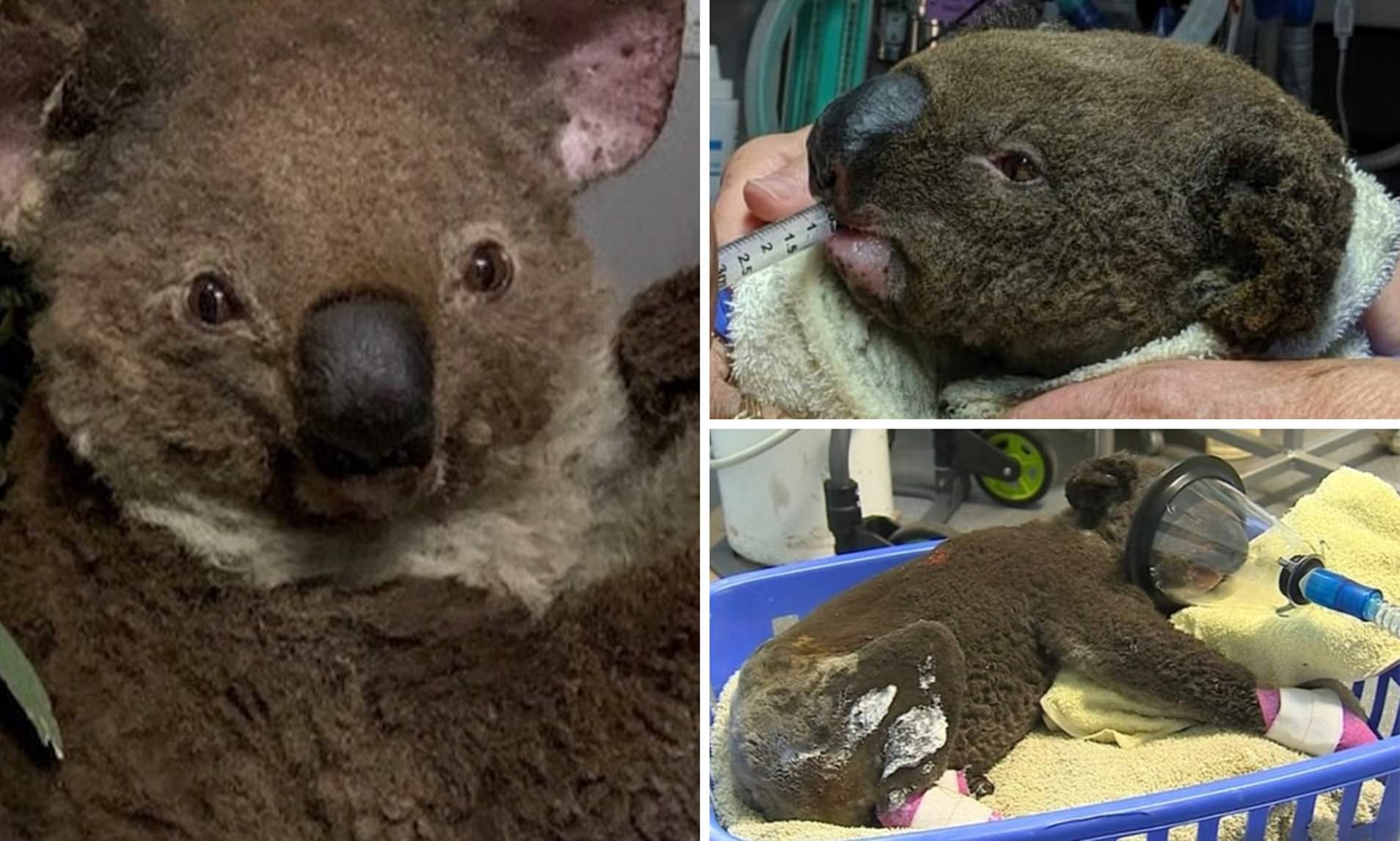 More than $300,000 has been raised on GoFundMe to support those affected by the bushfires, but the fundraiser drawing the most donations is the fundraiser for the Port Macquarie Koala Hospital. There are fears that more than 1000 koalas have died in the fires.

Thousands of donors from more than 30 countries have contributed to the donation page. The gofundme donations now stand at more than $1,653,240. It’s not too late to donate via this link:

Hopefully they can save those koalas.