Has the art world gone bananas?

For his latest work at the international Art Basel fair, Italian artist Maurizio Cattelan bought a banana, duct-taped it to the wall of the gallery and called it Comedian. Over the weekend, American artist David Datuna upped the ante when he created a performance piece entitled Hungry Artist, wherein he ate the banana. A video of the performance appears on his Instagram account, where he comments that he loves Cattelan’s work, adding “it’s very delicious”.

Within days of its installation, two collectors had purchased it for US$120,000 each and several museums are bidding for the third edition for US$150,000. Datuna eating the banana changed nothing, because the work of art is the idea, confirmed by the certificate of authenticity, which is what the buyers really purchased.

Cattelan is no stranger to controversy. In 2016, his work America, an 18-carat fully functional gold toilet, was hailed as a “comment on art, money and Trumpian desire”. The Guardian’s art critic Jonathan Jones recounted, in his review, how he had actually used the toilet for its proper non-artistic function. In September 2019 it made the headlines again when it was stolen from Blenheim Palace, where it had been on exhibition. It has not been recovered.

Artists intervening with another work of art in an act of performance is nothing new. In 1999, two Chinese artists, JJ Xi and Yuan Chai, jumped on Tracey Emin’s My Bed installation when it was on view at the Tate Gallery. And a number of artists “contributed” to Marcel Duchamp’s famous Fountain (1917) by urinating in it, including Kendell Greers, Brian Eno and Björn Kjelltoft. Unlike Cattelan’s America, Duchamp’s urinal was not plumbed, making these contributions rather messy.

So why is a banana a work of art worth US$120,000, and why is a performance artist eating it considered art?

But is it art?

The notion of what art is has shifted over time. In the 20th century, changes in our understanding of the world caused artists to think differently. Artistic technique was valued less than the ability to convey an idea.

Datuna’s work is an example of performance art, an ephemeral art form that became popular in the 1960s, as a way for artists to create art that couldn’t be bought or sold, and to engage a wider audience. Such a visceral form of art is hard to ignore, and reaction has often been key to performance art – shaking people up from the trance of everyday life to see things differently.

Where some saw a US$120,000 banana duct-taped to a wall, Datuna saw something different – he saw food for a “starving artist”, a trope referring to an artist who sacrifices material comfort for art. In many ways, the performance artist does just that, prioritising the work of art above profit.

Datuna’s work was ephemeral, existing in the moment. Equally, Cattelan’s installation was ephemeral, as eventually the original banana would have decomposed. The art work cannot be about the banana, a found object that can be purchased anywhere. The art work is the idea, and only Cattelan had that precise idea and executed it. 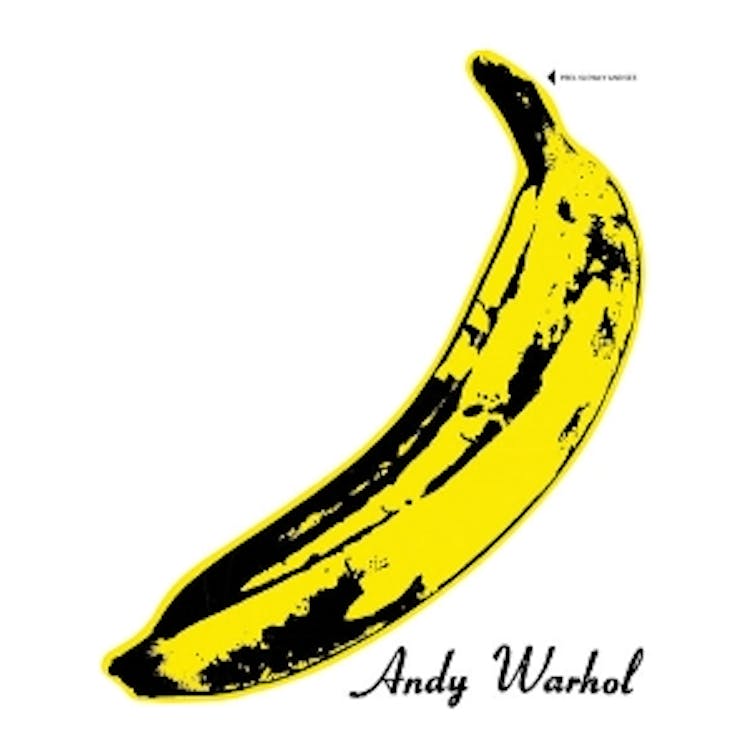 The move toward ephemerality came from artists’ desire for realism. In the 19th century, the Impressionists captured the experience of viewing a landscape with its changing light and atmospheric conditions. Eventually we came to accept these pastoral scenes even though the brushwork was less precise and “realistic” than we were used to. When they were first exhibited, those paintings were controversial, not unlike the controversy around Cattelan’s and Datuna’s work today.

Soon, artists realised that a flat, two-dimensional surface couldn’t adequately capture real life, so, they shifted their focus to life itself. This shift had two facets: one, artists used real objects in their work – like Duchamp’s Fountain – and, second, they incorporated the lived experience.

Perhaps the most well-known recent example was that of performance artist Marina Abramovic and her Artist is Present performance at MoMA in 2010, where she sat in the gallery for hours each day.

There are those who will denounce Cattelan, stating that “anyone could do that” – even a five-year-old. But this is a nostalgic view as to what art is. Like the rest of the world, art has evolved – and different things matter to artists now.

The shift to real objects was a way for artists to express their ideas efficiently. Bananas are a global commodity, and represent a significant amount of trade, wealth and poverty. Polish artist Natalia LL’s Consumer Art fetishised the banana at a time when it was a precious commodity in communist Poland, making it an object of both sexual and material desire.

By contrast, bananas are also the bane of the comic fool, who somehow always manages to slip on their peels. And what could be more tragicomical than the manner in which prices are often randomly fixed to both commodities—and art? And why should art be a commodity at all?

There are also those who will decry Datuna for destroying the work. But that, too, expresses a sentimental view of art. Performance artists wanted to avoid elitism, wherein only a genius could be declared an artist. Performance art democratised art, enabling everyone to express their creative potential. Cattelan’s America captures some of that – a gold toilet that few could own, but everyone can use. Perhaps it would be better if art were useful rather than a commodity.

Datuna’s performance neither destroyed the work – a replacement banana was found immediately – nor aimed to profit from it. And this is key. Recently, a Faroese watch company wanted to cut up Danish artist Tal R’s painting and use it to decorate their watch faces, but a Danish court ruled that it was an alteration to the artwork and attempted to profit from it – it was was therefore declared illegal.

When one reacts to a work by a performance artist by saying that a five year old could do that, I imagine they might say: “Yes, that is precisely the point.”

I saw that.  It tells you what a load of twaddle the art market is.  The mentally challenged may want to throw away their hard earned money so good luck to them.  There's one borm every minute.

The guy who ate the exhibit deserves media coverage.  At least one of us recognised the nonesense for what it is.

Art is in the eye of the beholder...I am so glad my eyes do not behold some of the dreck that passes for “art” these days.

I’m still trying to get my head around some of Picasso’s abstracts..though..I must admit I love and am fascinated by his Blue Period.

You have to admire the artist/scammer who conned two buyers out of nearly half a million dollars for that rubbish.

Olddog  I thought for a minute you were from New Zealand.

There is precudent for this. Remember the pile of bricks again at the Tate I believe, the canvas just painted red..... The list goes on. Art is worth what someone will pay for it. Wonder how such a purchase would be viewed in an SMSF.

Hilarious.  $120,00 for a banana duct taped to a wall, this Cattelan bloke is ‘havin’ a lend‘ and laughing all the way to the bank.

Google ‘The Ern Malley Affair‘ - greatest literary hoax of the 20th century in Australia.  This ‘banana duct taped to wall‘ farce reminds me of that!

The world of contemporary 'art' has to take the cake for fraudulence. It was beautifully satirized by Tony Hancock in the 1960s movie "The Rebel".

There is nothing wrong with that banana as art. I am quite taken with the light and shade of the blackening skin  - its negative geotropism attracts me no end and its ability to suspend in mid air is awe inspiring!

Yes but some people have more money than sense!  We can all get a banana and admire it but we don't pay $120,000 for the pleasure.   The artist must have purchase the tape at a very expensive retailer!

So ABE is that why the poor banana is bent? It doesn't know which way to head to the sunlite or wants to return to gravity?

Ah!  the Banana,  indeed has issues for many a folk.