“In a parking lot full of AVs, you don’t need to open the doors, so they can park with very little space in between,” says Professor Matthew Roorda from the University of Toronto.

“You also don’t need to leave space for each car to drive out, because you can signal the surrounding AVs to move out of the way.”

While traditional parking lots are configured for “islands” of cars that can each pull in or out of a spot, an AV parking lot could resemble a solid grid, with outer cars moving aside as needed to let the inner cars enter and exit.

The analysis showed that, for a given number of cars, a well-designed AV parking lot could accommodate 62 per cent more cars than a conventional one.

Depending on parking lot dimensions, in some cases they were able to increase the capacity even further — square-shaped AV parking lots could accommodate up to 87 per cent more cars.

This improved use of space could translate into much smaller parking lot footprints, provided the total number of cars that need to park in them remains constant.

Would you feel confident allowing your car to park itself?

Would you feel confident allowing your car to park itself?

Sure I would, and if anything goes wrong, I blame the manufacturers and their poor computer skills.

Roads will be much safer and parking a lot more disciplined

Men wont use them much

:) You're being cheeky again ... the worst parking offenders I've struck lately are male tradies ... muscle trucks/vans, any old park will do/at any angle ... in a hurry to get to the bottle shop ... totally nutso IMO.

nothing compared to the women who park across 2 spaces for hours while they do their groceries , hair or shop for clothes

Men wont use them much, they wont know how to.

I really should have said some men. Not all.

Can hardly wait till they are available in Australia

Where are you going to park if they change the Car Park lots ???

Yet they have less accidents .... 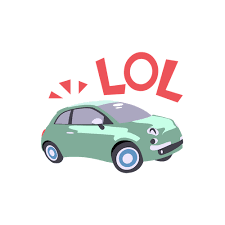 At the rate we are going, human's won't even be necessary.

I have sad news for you 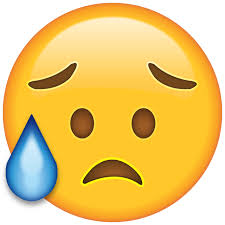 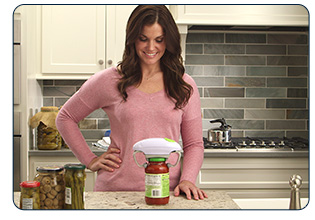 Wot silly argument, I have followed women B double drivers, professionals who know the right distance to slow down without using brakes or gears when approaching intersections. Woman driver are invariably chosen to fulfill truck and bus positions for their skills and savings in maintenance.  I have been behind many a driver, male or female that stopped at a give way sign and waited for cars to come along, not knowing the difference between a Stop or Give Way sign. Don't start me on Roundabouts, soo many silly male and females. I got knocked off a bicycle on a roundabout by a male driver who didn't understand who had right of way.

In the Pilbara Rio Tinto prefer women drivers for those huge haul trucks because they are safer than men. Actually over 30% of these trucks are now driverless and controlled in Perth.  The aim is for the entire fleet to be driverless in a couple of years. Hundreds of jobs will be lost.

I am with you on the roundabout issue. Australians are absolutely hopeless at them. I wish I had a dollar for every time I have witnessed all exits at a stop because everyone was waiting for everyone else to go so no-one moved. What is so difficult about the vehicle on the roundabout has right of way? Or even 'give way to vehicles on the right?' And as for the ineptitude at those little ones that are raised only about a centimetre off the road. Designed to be driven over (under certain circumstances) they cause more traffic build ups because people won't use them as designed and wait for a three km space in all directions before moving!

I have no idea what you are talking about KSS

for most men , driving is second nature and they obey the road rules as if it’s inherent in their DNA

D – Don’t tell me how to drive
N – Not my problem, everyone else is an idiot
A – Accident prone, no way, statistics lie

D – Does not compute
N – No algorithm available
A – Abort! Abort!

I've employed many people to drive heavy equipment. Women are better they are easier on the gear. If there is fault men tend to be too aggressive and women too timid both can cause accidents. 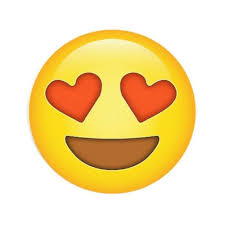 My car already reverse parks on its own.

Lucky you Tib ... mine probably would too ... but it repeats such an amazing array of beeps ... I just do my own thing to escape the cacophany.

Worse than Lorikeets Vs Noisy Miners.

Yeah I agree the damn thing is always beeping about something. It beeps I say bugger off and all day we have this ongoing conversation.

Nothing worse than a beeping 'thingie'. Reminds of pollies or the media the way it goes 'on and on, and on' and then some.

It's like having a woman in the car. Same conversation but she doesn't say beep.

RnR, i must warn you that Tib is a sexist leftie

Thanks Raphael I think she already knew that :)

My late hubby was a nightmare, I could see his feet in my peripheral vision 'working the brakes' as I drove, accompanied by endless 'verbal instructions'.

Poor man, God love him, got brain cancer and I had to drive after many years of him 'taking the helm'. He never 'back-seat braked' again or offered 'advice'.

;) Thanks Raphael, think Tib and I understand each other. He's nearly as cheeky as you.

Great idea. Better than trying to shrink some of the obese characters who park next to my car and have trouble squeezing themselves out of the parked vehicle.

Sorry to disappoint you blokes, but most research I've come across suggest that women are on the whole, better drivers.

And better at asking for directions also Bijou!

My car already reverse parks on its own.

What sort of car do you have Tib