Coronavirus may still be contagious for up to EIGHT DAYS after symptoms disappear, study of 16 Chinese patients finds

Dr Rossi  said there is no evidence that Vitamin C supplements will help you to fight coronavirus and instead, you should focus on having a healthy and balanced diet

A doctor has debunked some of the biggest myths about coronavirus immunity boosting and revealed which advice you should be following to protect yourself during the pandemic.

'There's some limited evidence that taking Vitamin C may help to REDUCE the severity and duration of the common cold (by approx 0.5 to 1 per day), but for the general population, Vitamin C supplements didn't prevent colds,' she wrote.

In addition, Dr Rossi, who is Australian, highlighted that the common cold and coronavirus are very different:

'It's highly misleading, not to mention dangerous, to suggest Vitamin C can fight coronavirus,' she said.

However, that is not to say that Vitamin C can't do you some good and it can't help many bodily functions, including repair, absorption of iron and your immune system.

'You can get all the Vitamin C your body needs from a wide range of fruit and vegetables including tomatoes, broccoli, Brussels sprouts, peppers, oranges, kiwis, papayas and strawberries,' Dr Rossi said.

Focus on getting your Vitamin C as much through your diet as much as possible, she added, and concentrate on staying healthy through good quality rest, food and exercise.

I thought you would be interested in this story I found on MSN: http://a.msn.com/01/en-au/BB1277Ux?ocid=se2

An anti-parasitic drug available throughout the world has been found to kill COVID-19 in the lab within 48 hours.

A Monash University-led study has shown a single dose of the drug Ivermectin could stop the SARS-CoV-2 virus growing in cell culture.

"We found that even a single dose could essentially remove all viral RNA (effectively removed all genetic material of the virus) by 48 hours and that even at 24 hours there was a really significant reduction in it," Monash Biomedicine Discovery Institute's Dr Kylie Wagstaff said on Friday.

While it's not known how Ivermectin works on the virus, the drug likely stops the virus dampening the host cells' ability to clear it.

The next step is for scientists to determine the correct human dosage, to make sure the level used in vitro is safe for humans.

I used to think these people were just irresponsible, but I am begining to wonder if they belong to some Cult or ISIS perhaps?

She now wants all her followers to storm hospitals.

Anti-vaxxer Meryl Dorey (pictured) called on her 13,000 followers to storm hospitals during the coronavirus lockdown 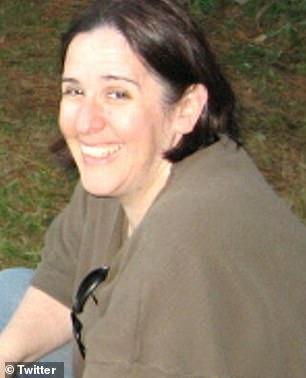 This woman should be gagged, how irresponsible of her to say such things. 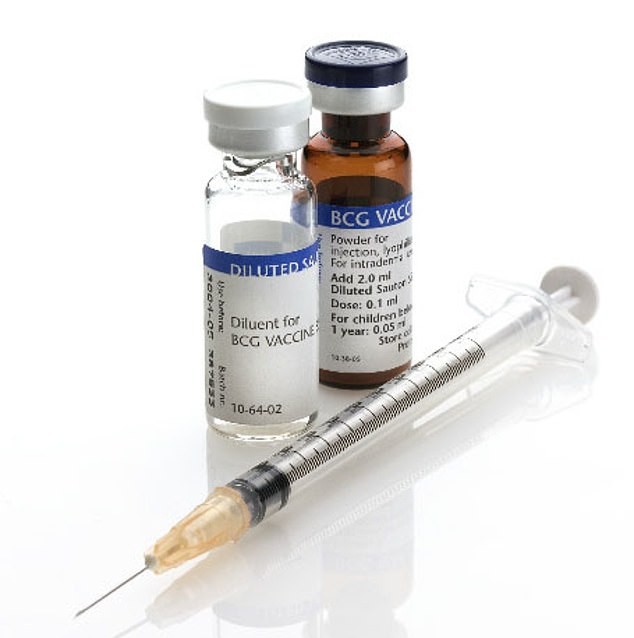 Some COVID-19 patients are describing a more peculiar 'buzzing' or 'fizzing' sensation that doctors say could be a patients body fighting off the infectious disease.

Another reason to stay indoors! Mosquito population explodes in parts of Australia with fears communities could be hit by a tropical virus

The Kunjin virus causes severe headaches, tremors, seizures and fevers and is spread through the common mosquito.

Coronavirus can disable immune cells that fight off infections - and it could allow the virus to 'reactivate' in some patients, study suggests

Injection of 'decoy proteins' could stop the coronavirus infecting cells within the body, scientists say

Scientists at the University of Leicester say they want to try and stop the coronavirus using proteins which look exactly like the receptors the virus uses to get into human cells, in a bid to lure it away.

Pictures from inside Wuhanâ's secretive Institute of Virology show a broken seal on the door (centre of shot, by medical worker's right eye) of one of the refrigerators used to hold 1,500 different strains of virus

Can Vitamin D help fight against the coronavirus? Scientist investigate after study found taking the supplement saw 50 per cent fall in chest infections

A ten-week trial involving 200 Covid-19 patients at the University of Granada in Spain will seek to establish if the 'sunshine vitamin' can help fight the illness. 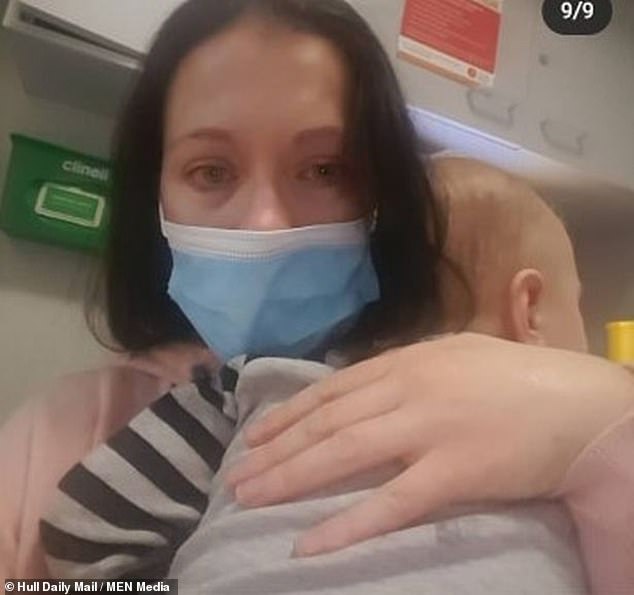 Melanie Cook (pictured), 38, from Hull, believes her 21-month-old George showed signs of the syndrome in mid-March after he was diagnosed with conjunctivitis, cellulitis and scarlet fever

Different doctors told Melanie that her baby had conjunctivitis, then an infection called cellulitis and then scarlet fever.

But at the end of March, with a temperature of 39c, George was rushed to A&E at Hull Royal Infirmary, where he was monitored for eight hours.

‘I was relaying his history to the doctor there, and she said: “I would say he’s at the end of scarlet fever,”’ says Melanie.

Hardly a conclusive diagnosis, and even after a fourth prescription of antibiotics, to which scarlet fever usually responds, it took another week for George to recover fully.

‘It was awful,’ says Melanie. ‘He was diagnosed with so many different things. I am thinking about trying to get George tested to see if he has had Covid-19.’

Yet tests aren’t always reliable. As was revealed this week, Lewis Greig, 14, tested negative three times for Covid-19 at Glasgow’s Royal Hospital for Children after developing a rash and red eyes last week.

A fourth test on Lewis, from Torry, Aberdeen, who was rushed to intensive care and has only recently been taken off a ventilator, finally proved positive on Sunday.

The ‘significant alert’ — sent to GPs in North London by their clinical commissioning group and re-iterated by the Paediatric Intensive Care Society — said children with these symptoms should be referred ‘as a matter of urgency’.

Their illness has been called a ‘coronavirus-related inflammatory syndrome’.

Much about this syndrome is still unclear. But a number of children — at least 12 — have become so ill over the past three weeks they have been admitted to intensive care.

Their blood tests have revealed severe inflammation similar to that seen in adult coronavirus sufferers.

Father who's lost the power of speech after surviving coronavirus and battling double pneumonia, sepsis, heart failure and two strokes is now to be subject of a research project 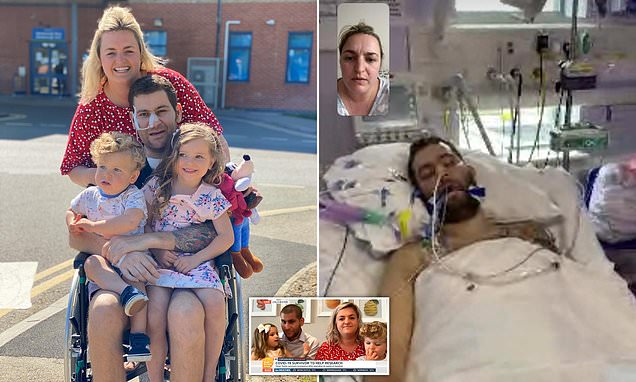 Omar Taylor (pictured L-R, inset), 31, Essex,who lost the power of speech after surviving coronavirus, double pneumonia, sepsis, heart failure and two strokes appeared on Good Morning Britain today with his wife Kaitlyn and two children (pictured left, inset). His incredible recovery will be examined by scientists in a bid to discover more about the disease.