British reality TV star Ryan-Mark Parson has taken to morning television in the UK to suggest selling the fur from koalas killed in the bushfires to raise money for charity.

Mr Parson, a contestant from the UK’s The Apprentice, made the disturbing suggestion on Good Morning Britain.

“I’m not going on this debate saying that we need to slaughter koalas, in fact I love koalas,’ Mr Parson said. “If there was a koala here, I’d hug a koala.

“The idea of this is to raise money for the charities. Now it is very unfortunate. The animals are dead, and if we can use the fur to raise money to save the other animals, I don’t see why that’s an issue,” he explained.

What do you think of this idea?

I think this bloke is a sick unit

.... during World War II, the  Nazis had made lampshades from murdered concentration camp inmates and sold them for money

.. Mr Parsons has the same sort of idea.

On the Ball
4 weeks ago

There's nothing real about reality TV nor the "stars" that play in them.

I am sure a few weeks spent here in the thick of the bushfires whould show old mate what reality is!

I dont Think his ethnicity has anything to do with it. He’s just clueless and insensitive. Disgusting idea

pedro the swift
4 weeks ago

What would he suggest we do with the people who died in the fires?

What would you do with burnt fur? You could not use it to make say a nice pair of gloves or the like. Nor could you use the burnt skin to make purses and such like  they do with kangaroo skin for tourists. Taxidermy also requires unbroken undamaged skin. So who exactly would be in the market for this product? You would not be able to export it so that's out too.

This is an example of a ridiculous idea from someone milking their 5 seconds of so called fame (notariety/infamy) and coming up short.

Give the guy a break, he's only 19, got a screw loose. I mean who eat Maccas with a knife and fork! 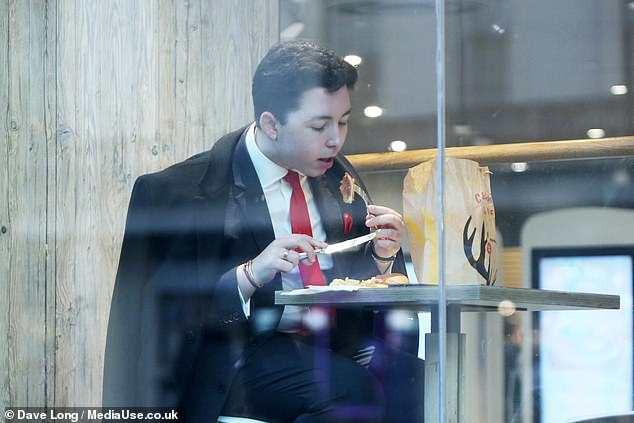 Agree Abe. What a tosser.

Ryan-Mark Parsons was one of the most-talked about contestants on the 2019 UK series of The Apprentice, with his love of luxury products and hilarious comments, so fans of the show were gutted when 19-year-old Ryan-Mark Parsons was fired by Lord Alan Sugar earlier in the series.

However, getting the boot from the BBC series is the least of Ryan-Mark's worries, when he was rushed to hospital when he dropped £1,000 worth of caviar on his foot! He literally couldn't walk and blood was everywhere.

We have created these guidelines in order to provide you with a safe, secure environment in which to exchange ideas and information about retirement and life after work.

...Direct attacks on racial or religious groups will not be tolerated. Nor will blatant sexism, homophobia or discrimination of any kind.

...Such attacks will be removed and the offending member will be officially warned.

...Swearing will not be tolerated. Any post containing an inappropriate or swear word will be removed or edited.

I therefore ask why is Beemee allowed to make such blatant racist comments all over the site about the Chinese and also use the language she/he does????

I think the Reality star is off the planet, but there is no need to insult the entire Chinese race.

Also, where are the Private messages -- or is this YLC a bit of a dictatorship!?!

Every one of these 'rules' are violated every single day by several regular contributors with total impunity.

The Australian Human Rights Commission may not agree with you. This might interest you from their website.

“When racism takes place online it is known as cyber-racism. Cyber-racism can include words and images and may be communicated via websites, blogs and social networking sites, videos or email.

Cyber-racism will often be unlawful under the Federal Racial Discrimination Act 1975 which prohibits racial hatred (sometimes known as racial vilification). This is doing something in public based on the race, colour, national or ethnic origin of a person or group of people which is likely to offend, insult, humiliate or intimidate.

Examples of complaints conciliated by the Commission

A Chinese man complained that a social networking site contained negative images of people from Asian/Indian backgrounds and that he found comments from the group administrators and group members offensive and derogatory towards people from Asian/Indian backgrounds. He claimed that this amounted to racial hatred. When the Commission contacted the site about the complaint, the site removed the group and warned the group administrators.

This not about racism. The young man has expressed bad and horrible idea about using koalas in such a manner.

This not about racism. The young man has expressed bad and horrible idea about using koalas in such a manner.

Obviously you did not see the post that was removed.

Derogatory adjectives were used to describe the guy. I am not going to repeat them here, but to insult the physical characteristics of someone’s ethnicity in a derogatory way is racism e.g skin colour, shape of the eyes, hair etc. It does not matter what people say in the confines of their home, among their friends or when they go hunting for wild boar in the bush – that’s their business. But in the public domain these days, it’s not acceptable. The reality star’s suggestion as most will agree is sickening, but using the race card to insult him is not right.

Why does this site republish such sick rubbish?? Don't give it Oxygen!!