Red Skins and Chico lollies to get a name change

A ‘stocktake’ of old children’s books last week uncovered The Three Golliwogs. How times how changed. Now, as waves of regret wash across society for the way minority groups have been treated, we’re re-naming lollies.

Nestle has announced it will change the names of its Red Skins and Chicos products, saying: “The names have overtones which are out of step with Nestle’s values, which are rooted in respect.”

The word, redskin, has been used as a term for Native Americans and Chico for people of Latin-American descent.

“This decision acknowledges the need to ensure that nothing we do marginalises our friends, neighbours and colleagues,” Nestle said in a statement.

A Nestle spokeswoman said new names were yet to be finalised and that the rebranded packaging would hit the shelves in coming months.

She said the products were sold only in Australia and New Zealand and that the decision to change the names had been made locally.

She didn’t know why the products had been given those names.

“The products are really old so we don’t know the background,” she said.

“This is just part of looking at where we want to be as a company and making sure we don't do and say things that marginalise people.”

The Red Skins wrapper had once featured a photo and cartoon of Native Americans, but that was changed in the 1990s.

What do you think about the push to rename offensive lollies and food products?

Wake Up
6 weeks ago

My sense is that we are all human beings ... with the same origin. It would appear, however, that the foibles of human nature have contributed to a great many injustices throughout our existence. Many have suffered / continue to suffer.

Unless we, as human beings, can agree and implement values and norms based on love, respect and 'humanity', this vicious cycle will continue to occur. More than legislation is required since we all need to change culture that works against human beings living together in peace and harmony. Perhaps an awareness of the problems, complemented by education and leaders who model the desired values, norms and behaviours is part of the way ahead ... to the future.

While history can identify important lessons, there seems to be more to be gained by using the experience as we move forward ie 'I'm not looking backwards as I'm not going that way'. I solemnly acknowledge the terrible injustices and  inequities of the past, however, I do not intend to dwell on them.

I read recently a similar sentiment (although perhaps stronger in tone):

It is not yours to erase. It belongs to all of us'!

As they used to say in times past, 'Strength and Courage'.

How about removing the words white , black, yellow, red, green (martians) brown and all the other colours.

Lets reinvent the name of colours, oooppps you cant use colour anymore either, what the hell are we going to do !!!

The loud minority are having there way, while the silent majority just sit and wonder what the hell is going on with the world.

Colours.....it's not the colours that matter. It's the story behind the colours.

Names.....it's not the names that matter...it's the story behind the names.

Well unfortunately it is the colour that matters, that's why it's ok to say black lives matter, but it's not ok to say all lives matter. Some people use their colour for advantage, and strangely they are neither black or white. I have heard the comment many times that you have to walk in someone else's shoes before you can understand their situation, I dare say that there are many on this site that have never walked in anyone else's shoes, that includes just about every commentator on this site, black and white and every other colour in between have and still do terrible things to each other, white people make up about 13% of the earth's population, but are blamed for 100% of the problems, it's obvious some people have never left the comfort of their own homes. I was born into poverty 8 of us living in a vermin ridden hovel, I was given the opportunity to come to Australia and I thrived through the generosity of the Australian people, this was in spite of racist comments made against me, I am white, the problem was I came from a different part of Europe, so no matter how hard I worked, I thrived because of where I came from apparently it had nothing to do with working hard. Racism occurs in all cultures and nationalitie, that's why all lives matter.

Some years go friends [she is Mexican] husband is white American, if we have to make the difference from him and the children, from San Diego; never separated them into categories before either.

But my girlfriend said, you know Celia if you lived in the US, like me you would be called coloured!

Husband and I looked at her!  Never thought her of any particular colour either.

Reminds me of the Peter Paul and Mary story,  'Little Boxes'.

Most of the little boxes are full of ticky tacky and they all look the same anyway.

The Mask
6 weeks ago

I am very pleased Cadbury gave in to public demand for a white Freddo. Must say the little fella looks happy too LOL

Its interesting as to who finds fault in a name. I never gave them any other meaning. One has to be taught names are derrogatory.

There are losts of words in the English language that have two completely different meanings.

If they change the Red Skin label how will I know they are the lolly that rips out fillings and wrecks children's braces.

Up front lady
6 weeks ago

I think it's pathetic. Names are just that. And they say Redskins and Chico lollies are only sold in Australia and NZ so who exactly are they offending?

We won't be able to name anything, even our kids.

Anarchy is taking hold and no-one is trying to stop it.

But then, the generation doing all this has never seen war, so maybe they are trying to start one

I have an idea...why not invent a whole lot more lollies to even the score? We can eat red skins, white skins, yellow skins, black skins, brown skins etc. Further, we can eat wogs, wops, dagoes, poms, rednecks, Jew noses, abos, coons, niggers, white coots, white dickheads, and so on. We can even turn our statues into lollies and eat Captain Cooks, various slave traders and a whole host of politicians. I would really enjoy biting the head off Tony Abbott or George Pell. There is a whole new industry for lolly makers in this brilliant idea of mine.

"I would really enjoy biting the head off Tony Abbott or George Pell."   LOL   Great idea, let's go into business.

Your on Leonie. Get ready for our wealthy future :))))

PS. Do you know how to make lollies?

But of course, China is so good at supplying the world with supplies! Good thinking partner :). However me might need to source our 'Yellow Skins' from elsewhere? The US springs to mind..... 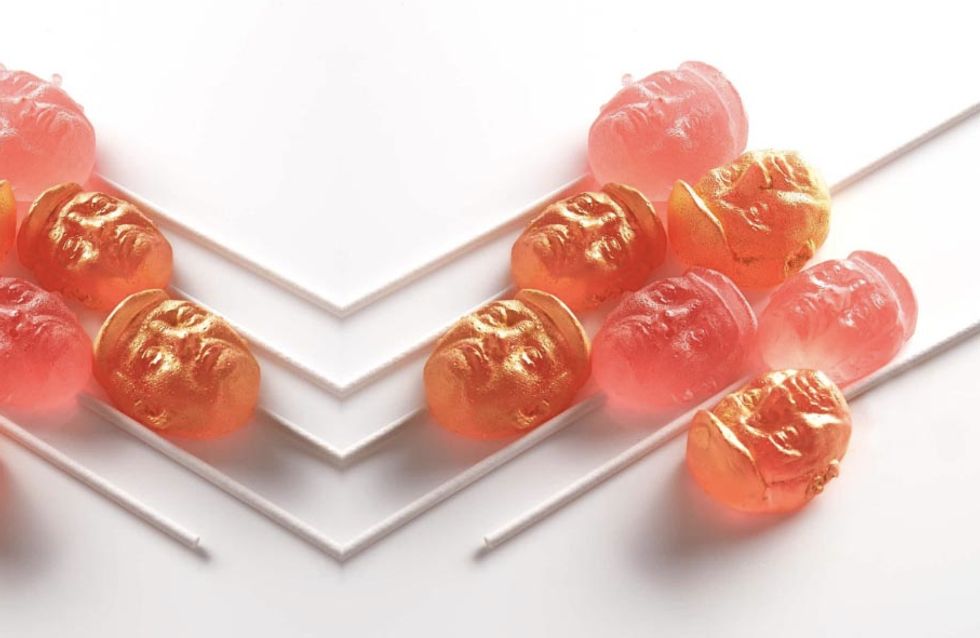 As a child I used to like eating Wagon Wheels!  LOL

Also coconut covered in chocolate to make it look like tobacco!

Another one being renamed...this time in Columbia.

Nestlé SA will stop selling products under the Beso de Negra brand as the world’s largest food company goes through its 25,000 products to eliminate marketing that contains racial stereotypes.

Companies are driven by the need to make profit and their shareholders want them to make profit, so this has become a very big international thing. While their previous stand and previous naming was tolerated, now the push is so overt that companies feel obliged to make these decisions and to change potentially offensive names.

Hi Sophie, I found this of great interest - certainly shows some inequalities in people who have pleaded for inclusiveness.

"The LGBTQ community has frequently shown that despite being discriminated against for being gay or queer, its members are fully capable of discriminating too. As America grieves George Floyd’s death, some say the LGBTQ+ community can honour his memory by ensuring that Black and Brown people are included on the Pride flag.

Casual discrimination within the community that’s based on race, or body type, gender, or mannerisms, specifically among gay men — the idea that anyone who doesn’t fit the image of the “ideal” gay man is somehow less than. Discrimination in gay bars based on race (and not is another example.

Other examples include failing to recognize or address escalating violence against transgender people in America, the country’s problem with LGBTQ homeless youth (who are disproportionately likely to be nonwhite), and insufficient attention and action around the fact that HIV/AIDS disproportionately affects black American gay and bisexual men And then there’s the constant erasure of LGBTQ people of colour in the community’s history, like the white-washing of the role of nonwhite individuals in the Stonewall Riots.

This form of racism was brought to my attention by one of my students. Racism is apparently rife in the gay community and the blacks are keen on a flag change which looks like this to incude other races.

As for changing the names of foods, books, movies etc that portray a disregard for black people as not being as important as white people, then it should be no skin off the nose of white people, if anything is renamed. What does it matter?

What have we got to lose? However there is a lot to gain where black people are concerned. Some may not care about names which are offensive to blacks, which tells me they have not evolved enough to appreciate there are other races on the planet and stuff hurts.

It's like saying, modern day Australians are not responsible for what their ancestors did to the Aboriginals. That's true, but saying "sorry" helps to heal the pain.

I doubt many gay guys would want to associate with white supremacists because in many countries they are hunted by them, bashed and even killed. The nonsense you have put up is just that, NONSENSE, and sounds very much like you have chosen such tripe to simply pick on another minority.

The Mask
5 weeks ago

Great posts as usual Banjo. The ball it seems started rolling since 2017 in Philadelphia, Another good link below

Never mind the colour - what about Scotch Fingers? Being an expat Scot, when younger I used to receive a derogatory comparison of my abilities re an unmentionable skill.... 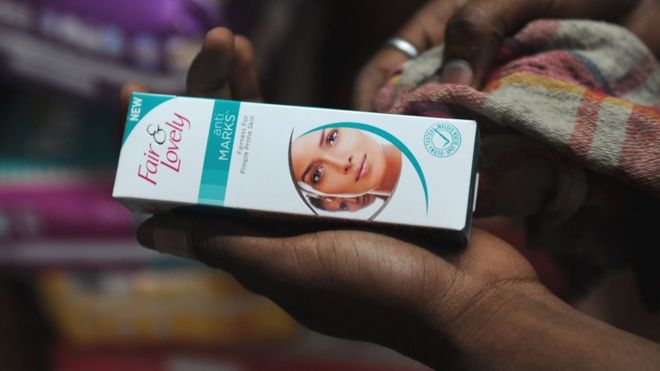 Unilever will rename Fair & Lovely, a skin-lightening cream which has been criticised for promoting negative stereotypes around dark skin tones.

It will also remove references to "whitening" or "lightening" on the products, which are sold across Asia.

Unilever acknowledged the branding suggests "a singular ideal of beauty".

Two separate petitions urging Unilever to stop the production of its Fair & Lovely range have been signed by more than 18,000 people in recent weeks.

"This product has built upon, perpetuated and benefited from internalised racism and promotes anti-blackness sentiments," one says.

A second petition claimed the cream "tells us that there is something wrong with our color, that we have to be light in order to feel beautiful. In order to feel worthy."

A friend sent me this little video from 1971 of Mohammed Ali talking to Parkinson about black versus white.

My first thought was how clever he was, getting his point across with humour and how that might be the better way to tackle the problem than what we see today.  And then I thought ... Hmmm, 1971, I guess they already tried that.

I can almost see The Greatest nodding his head.