Australians are drinking alcohol more frequently during the COVID-19 pandemic than before, says The Australian National University (ANU).

A study conducted in May this year collected data on alcohol, tobacco and illicit substance use.

It focused on self-reported drinking frequency and level of alcohol consumption, and compared it with consumption prior the spread of the coronavirus.

It is the first study to use longitudinal data to examine the change in alcohol consumption from before and during the pandemic, and was “slightly higher for males” and “substantially higher for females”.

The reasons for increased alcohol consumption were also quite different for males compared to females.

“In general, people are more likely to say their alcohol consumption has decreased rather than increased in these types of surveys,” said co-author Professor Nicholas Biddle, from the ANU Centre for Social Research and Methods.

“And for both sexes, but particularly males, psychological distress was also a key driver.”

For 67.3 per cent of males and for 63.7 per cent of females, the main reason for increased consumption was attributed to spending more time at home.

“Increased stress was the second biggest driver for females, with 41.9 per cent of females saying this was the cause of their increased drinking,” said Prof. Biddle.

“For males, boredom was the second-biggest motivating factor, with 49 per cent attributing their increased drinking to that.

For those who who said their alcohol consumption increased, most reported it as modest.

“What is perhaps more troubling though, is that the increase in the frequency of alcohol consumption was much higher among those males and females who when asked prior to the spread of COVID-19 said that they drunk relatively frequently,” said Prof. Biddle.

“Those individuals who increased from an already high base, or those who have had an increase in alcohol consumption alongside a worsening in mental health outcomes, are likely to be of the greatest concern for public policy.”

AIHW Deputy Chief Executive Officer Mr Matthew James said the alcohol consumption study would help build a greater understanding of how the COVID-19 pandemic was currently affecting the health and wellbeing of Australians.

“In mid-July, the AIHW will release results from the 2019 National Drug Strategy Household Survey. Having been carried out every three years since 1995, this survey helps us to understand how Australians' behaviour and attitudes towards alcohol, tobacco and illicit drug consumption have changed over time,’’ said Mr James.

Has your drinking increased? Do you think it's a problem, or are you comfortable with your alcohol consumption?

I love to sip a glass of Suze after dinner :)

Suze has a beautiful soft citrus undertone, though it's bitter, it also provides some sweetness, and remains very refreshing.

No my drinking has not increased

And yes I am happy with my consumption 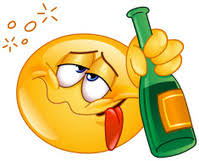 "There are lies, damned lies and statistics"

A survey of people to assess alcohol consumption at home during lockdown is a waste of time. To achieve a true result all that is needed is to check the figures available through government excise for alcohol sales. This will show the amount of alcoholic products sold for comparison with non-lockdown periods. Excise figures will show what alcohol has been sold, not where it has been consumed. Our consumption of alcohol at home has risen but I wouldn't say that our consumption of alcohol has increased because we haven't been to our club where we like to socialise.