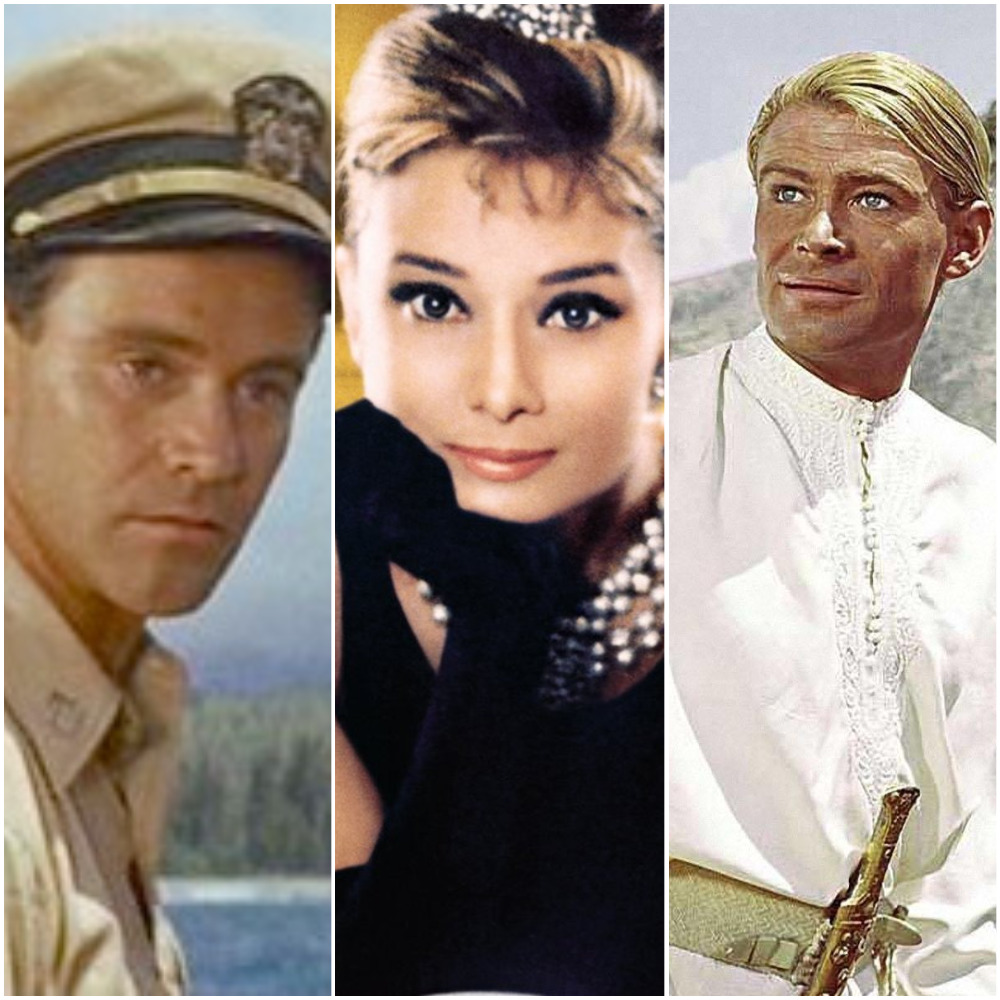 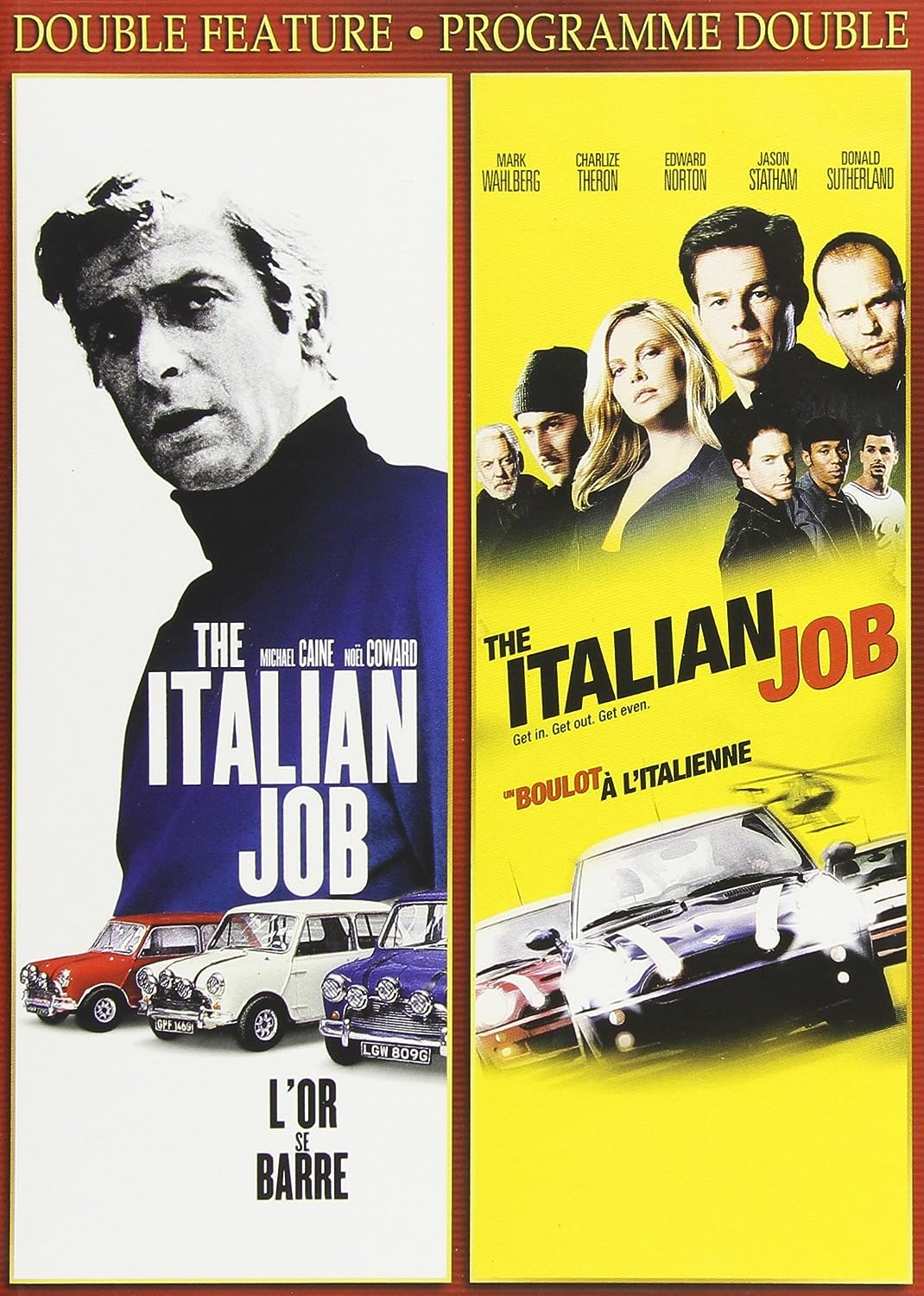 Michael Caine and Margaret Blye in The Italian Job (1969) 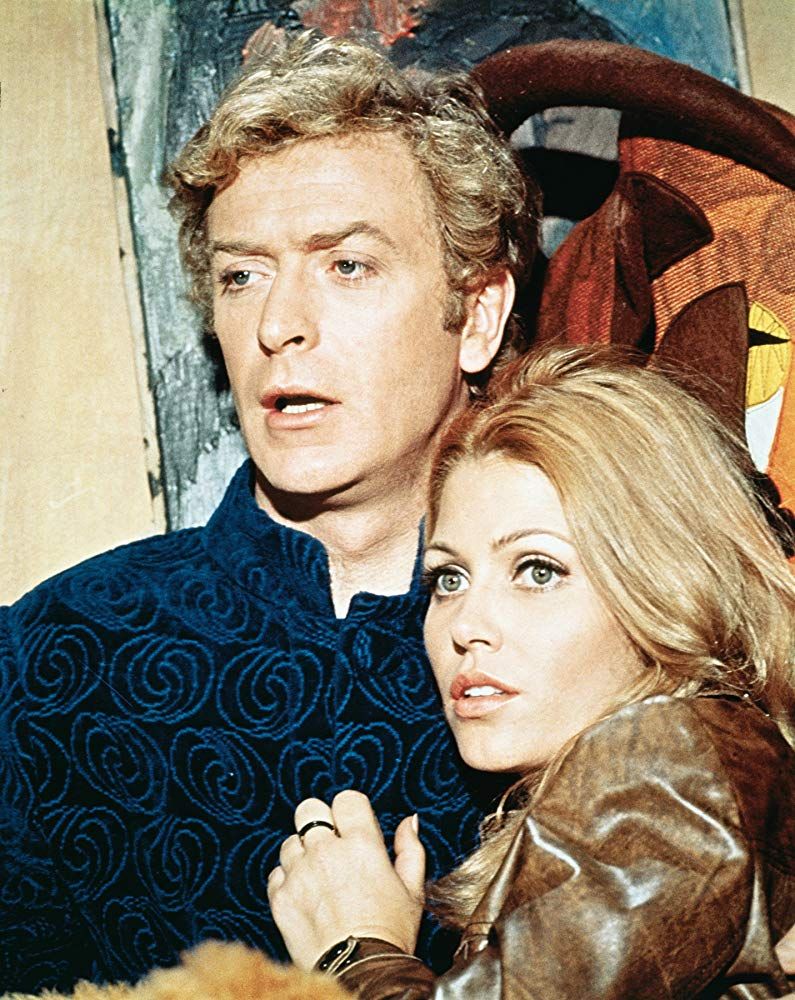 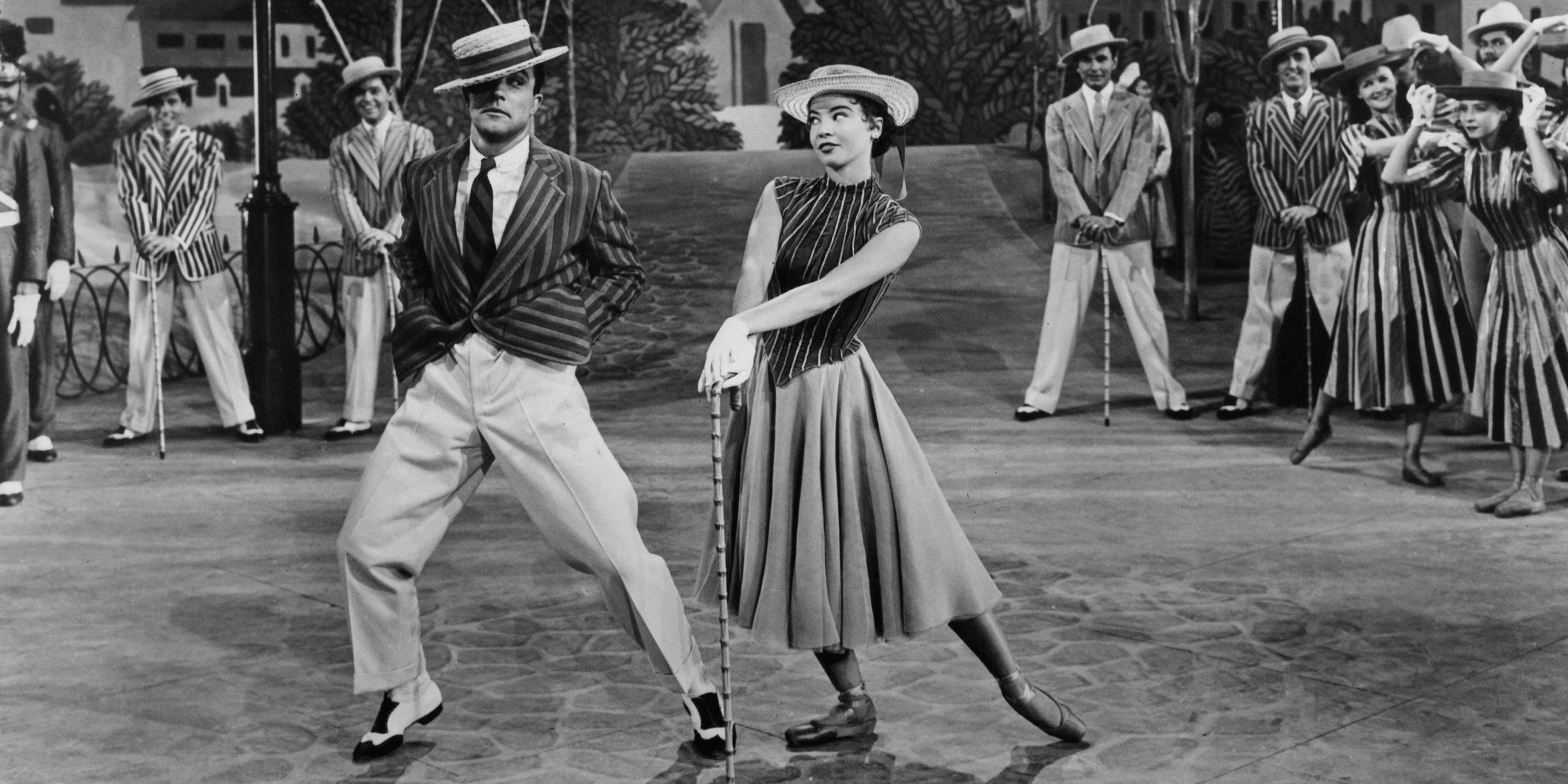 Now, that was a great movie. 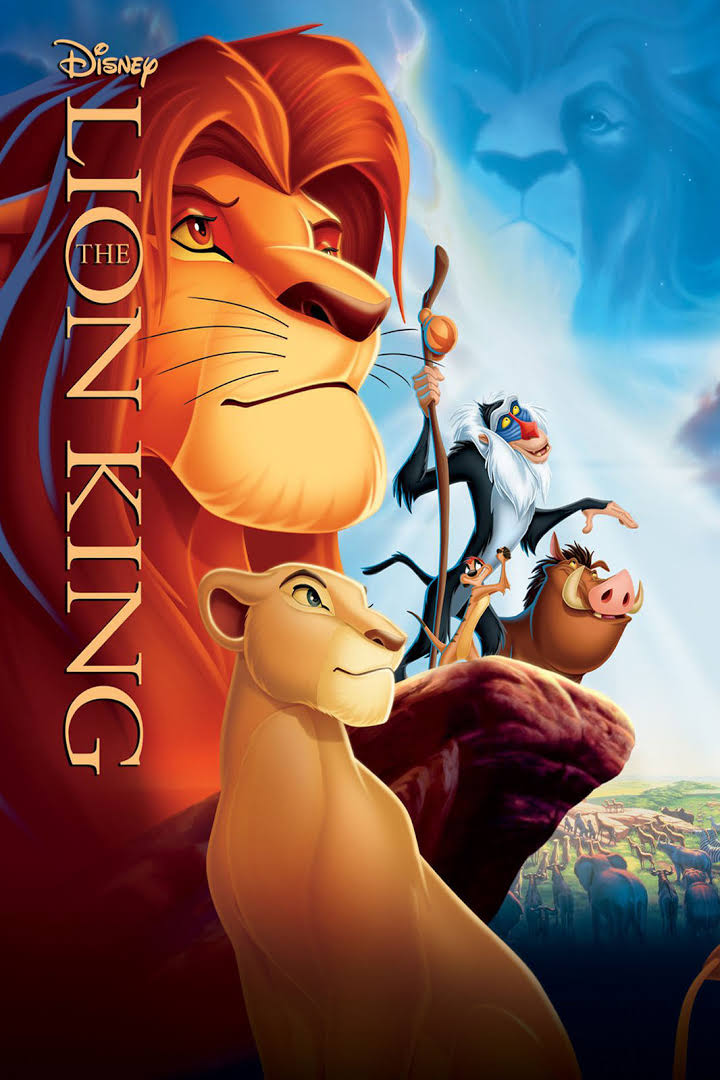 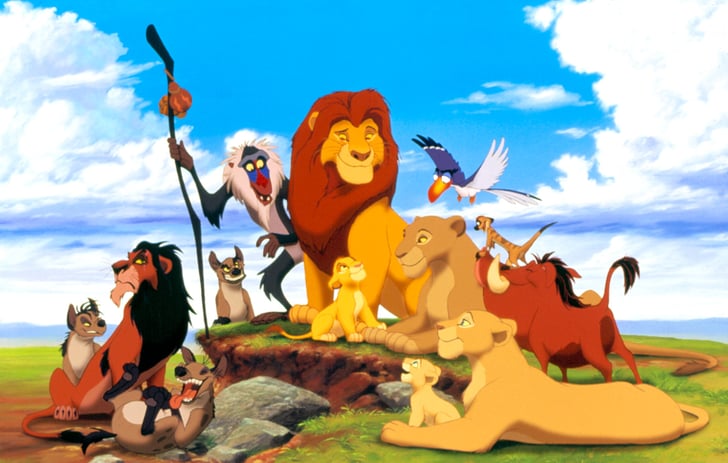 I have never seen the movie but saw the stage show at the Capitol Theatre , simply brilliant. 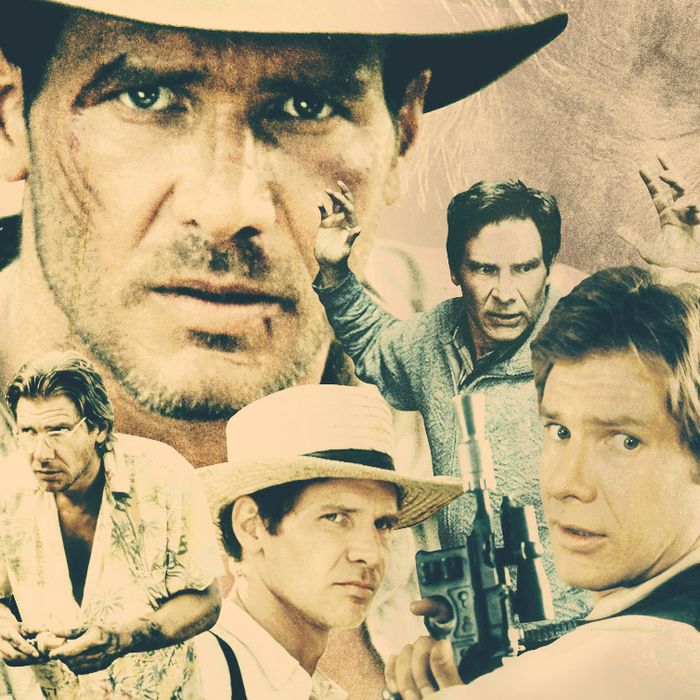 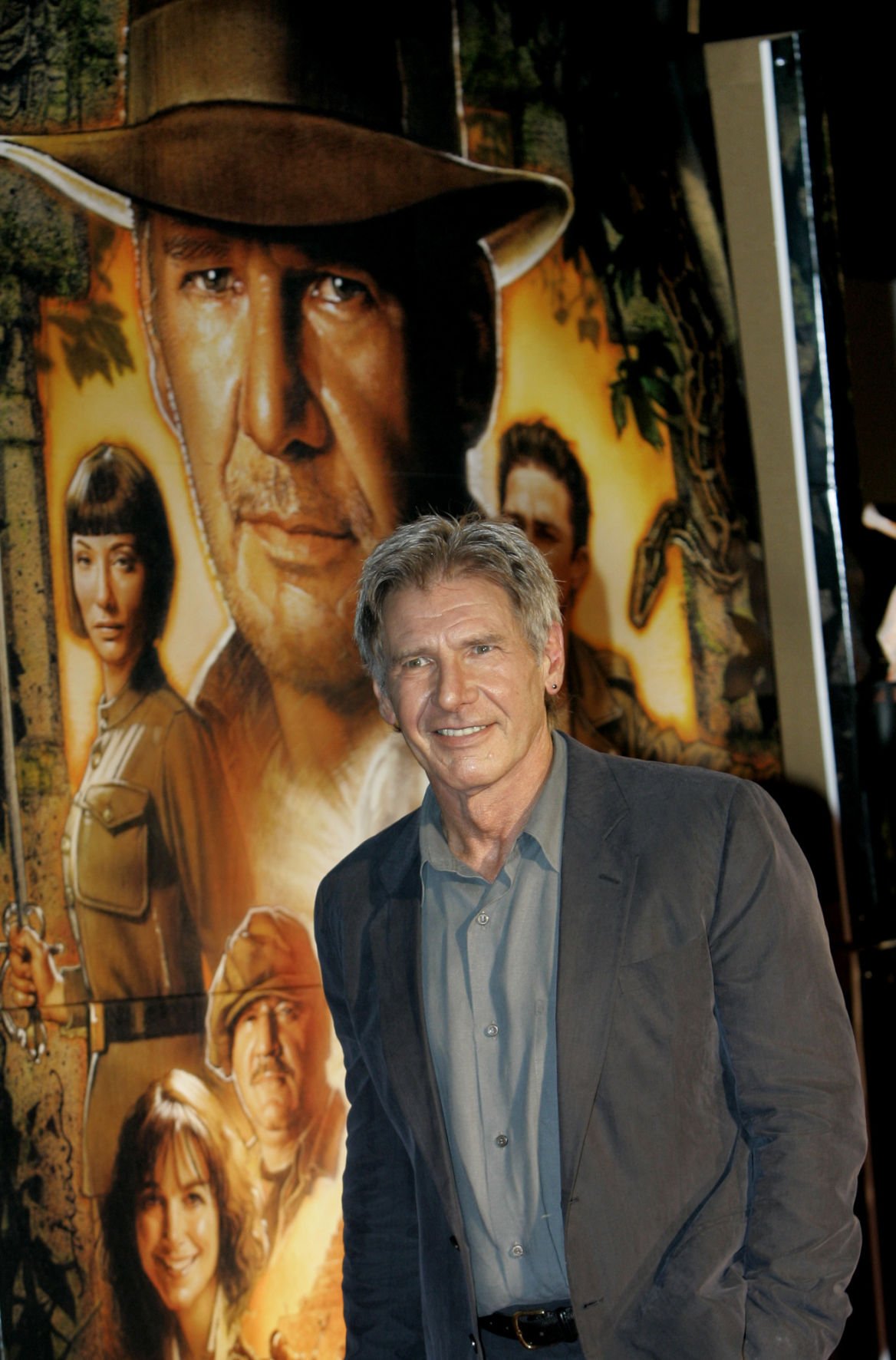 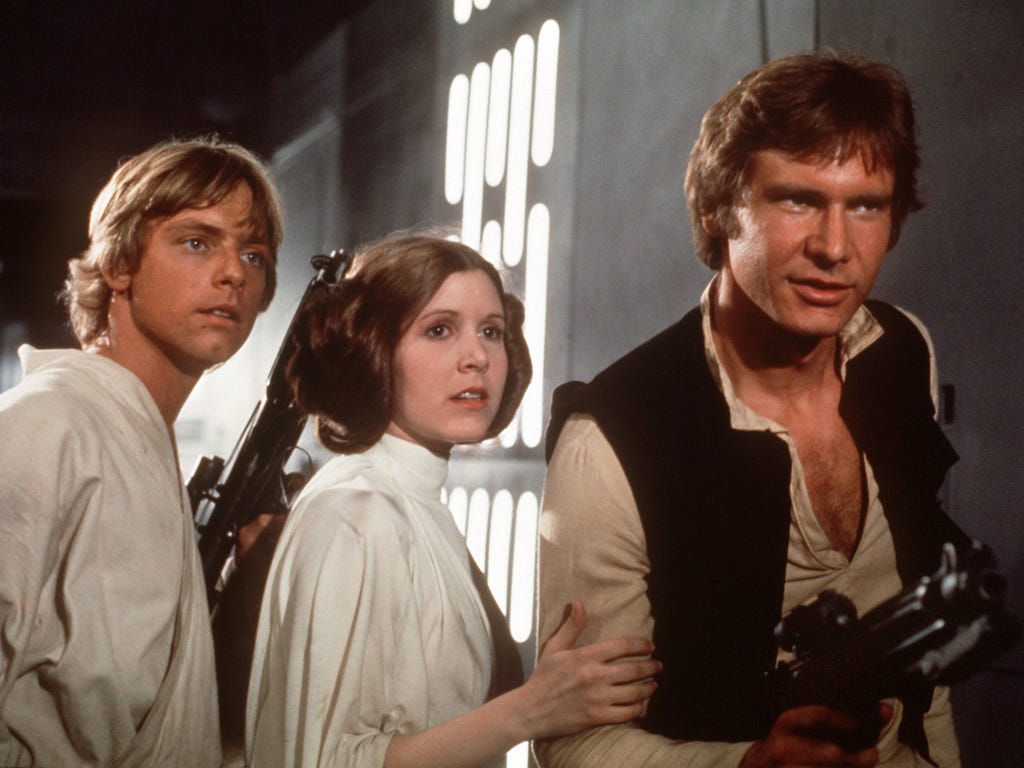 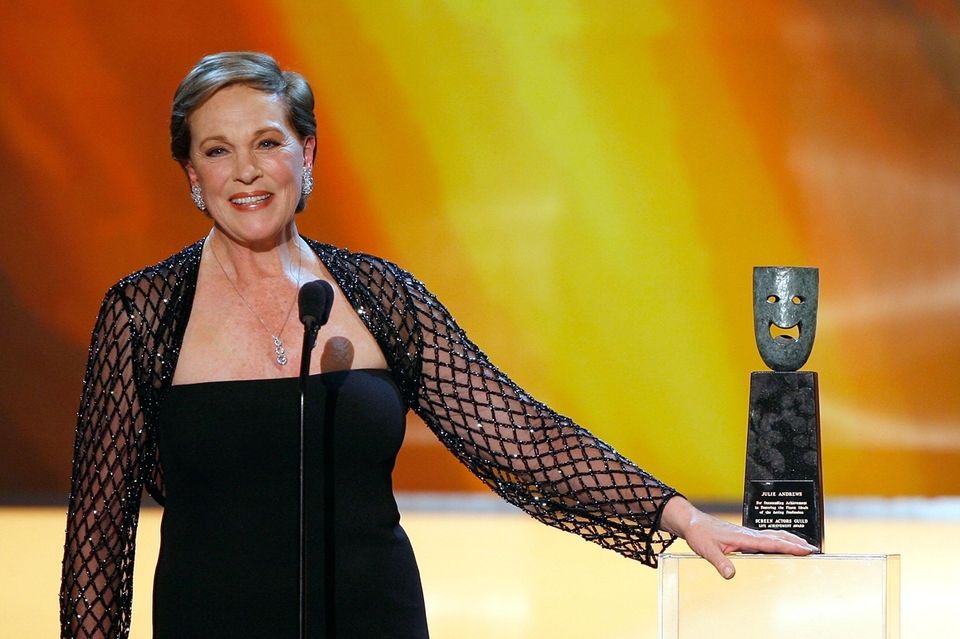 At the age of 10, Andrews began singing with her pianist mother and singer stepfather (whose last name she legally adopted) in their music-hall act. Demonstrating a remarkably powerful voice with perfect pitch, she made her solo professional debut in 1947 singing an operatic aria in Starlight Roof, a revue staged at the London Hippodrome.

Andrews made her Broadway debut in 1954 in the American production of the popular British musical spoof The Boy Friend. In 1956 she created the role of the Cockney flower girl Eliza Doolittle in Alan Jay Lerner and Frederick Loewe’s classic musical My Fair Lady. Andrews’s performance was universally acclaimed, and the production became one of the biggest hits in Broadway history, as well as a huge success in Britain. In 1957, during the show’s run, Andrews appeared on American television in a musical version of Cinderella, written for her by Richard Rodgers and Oscar Hammerstein II. In 1960 she had another hit in a role developed especially for her, that of Queen Guinevere in Lerner and Loewe’s Camelot. 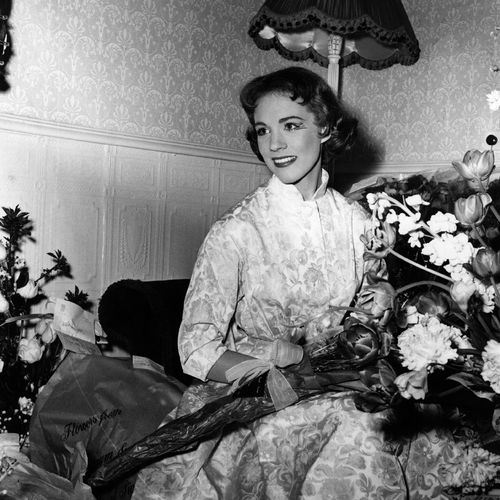 Although Andrews lost the part of Eliza in the film version of My Fair Lady (1964), she did make her movie debut that year. After seeing her performance in Camelot, Walt Disney went backstage and offered Andrews the title role of the magical proper English nanny in his Mary Poppins (1964). The picture became one of Disney’s biggest moneymakers, and Andrews won both a Grammy and an Academy Award for her performance. The wholesome role and image, however, would prove difficult for Andrews to shed. Her portrayal of the governess and aspiring nun Maria in The Sound of Music (1965), one of the top-grossing films of all time, earned Andrews another Academy Award nomination and further reinforced her sweet, “goody-goody” image. 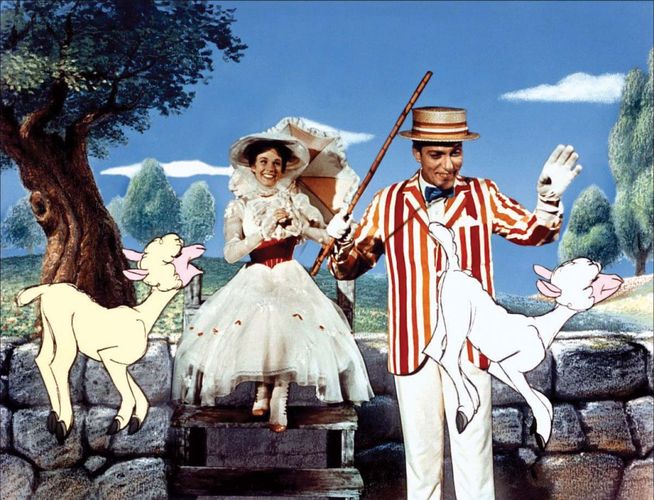 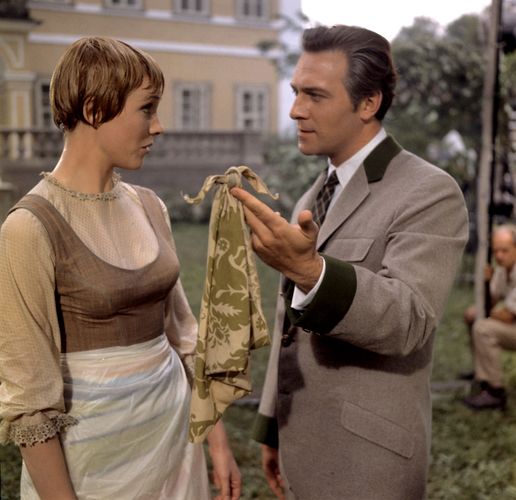 Andrews attempted to change that image with dramatic, nonmusical roles in such films as The Americanization of Emily (1964) and Alfred Hitchcock’s Torn Curtain (1966), but these were overshadowed by her musicals, whose success made her one of the biggest stars of the decade. By the late 1960s, however, traditional film musicals were declining in popularity. Andrews starred in two expensive musical flops—Star! (1968) and Darling Lili (1970), the latter produced, directed, and cowritten by Blake Edwards, whom she married in 1970—and was considered by many to be a has-been. She continued to make television and concert appearances, and, using the name Julie Edwards, she wrote two children’s books—Mandy (1971) and The Last of the Really Great Whangdoodles (1974). She did not, however, have another notable film role until 1979, when she played a supporting part in Edwards’s popular comedy 10 (1979). Beginning with that picture, audiences began to accept Andrews in a wider range of roles.

She proved herself a versatile actress, adept at both comedy and drama, and she received an Academy Award nomination for her performance as a woman impersonating a male female-impersonator in Edwards’s Victor/Victoria (1982). She was also widely praised for her portrayal of a violinist struggling with multiple sclerosis in Duet for One (1986). Her later films included the family comedies The Princess Diaries (2001) and its sequel, The Princess Diaries 2: Royal Engagement (2004). She also narrated the fantasy Enchanted (2007) and provided the voice of the queen in several of the animated Shrek films (2004, 2007, and 2010). In addition, Andrews voiced characters in Despicable Me (2010), Despicable Me 3 (2017), and Aquaman (2018). In 2011 she won a Grammy Award for Julie Andrews’ Collection of Poems, Songs, and Lullabies, a spoken-word album for children, and she was honoured with a special Grammy for lifetime achievement. 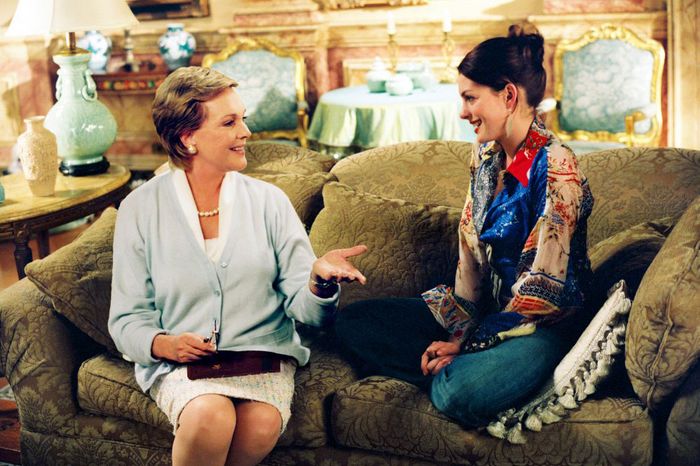 Andrews reprised her Victor/Victoria role on Broadway in 1995 and stirred up controversy when she refused to accept a Tony nomination for her performance—the only nomination the show received—because she felt that the rest of the cast and crew, which included director Edwards, had been “egregiously overlooked.” In 1997 Andrews was inducted into the Theater Hall of Fame. Three years later she was made Dame Commander of the Order of the British Empire (DBE). She wrote the autobiographies Home: A Memoir of My Early Years (2008) and Home Work: A Memoir of My Hollywood Years (2019); the latter was written with her daughter Emma Walton Hamilton.

The Editors of Encyclopaedia Britannica   This article was most recently revised and updated by Amy Tikkanen, Corrections Manager. 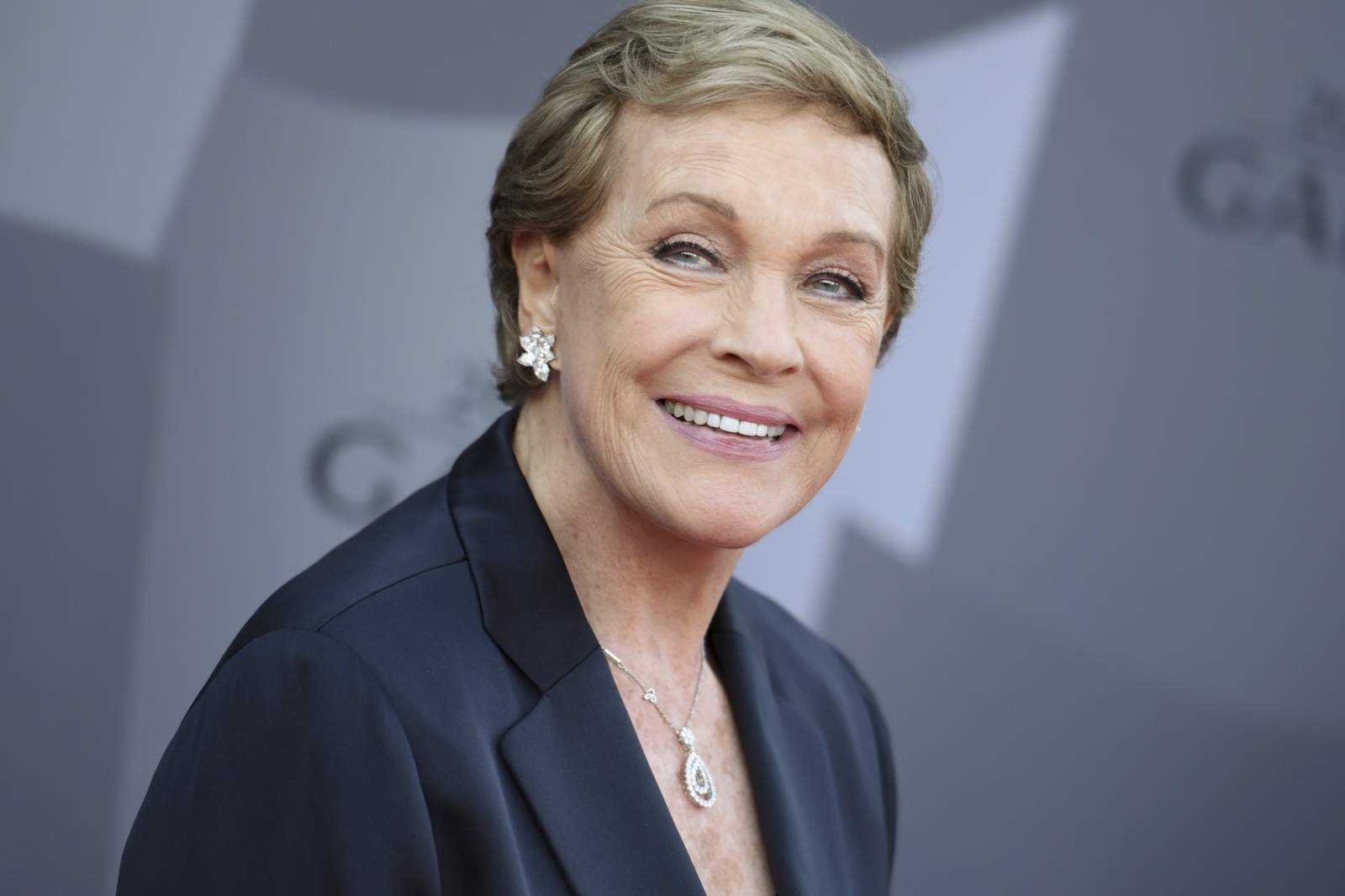 I thought you would be interested in this story I found on MSN:

Films made on location in Africa -

Films made on location in Africa

Hundreds of movies have been set in Africa, or filmed on the African continent as a location for another country. Hollywood has visited this part of the world on many occasions, as have numerous other foreign film crews. And some of the most celebrated films to come out of Africa are those produced by homegrown talent!

Browse the gallery for a selection of films made on the African continent.

'Gorillas in the Mist' (1988)The true story of naturalist Dian Fossey, played by Sigourney Weaver, was filmed in Rwanda.

'Cry Freedom' (1987)Based on real-life events involving black activist Steve Biko (starring Denzel Washington as Biko), the film was primarily shot on location in Zimbabwe and in Kenya, though it is in fact set in South Africa.

Zulu' (1964)The film that launched Michael Caine's career was filmed on location in South Africa, not far from Rorke's Drift, the site of the 1879 battle between 150 British soldiers and a force of 4,000 Zulu warriors.

'Out of Africa' (1985)Robert Redford and Meryl Streep appeared in this film (based loosely on the book 'Out of Africa' by Danish author Karen Blixen), which was mostly shot in Kenya. 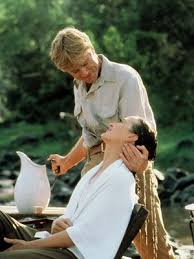 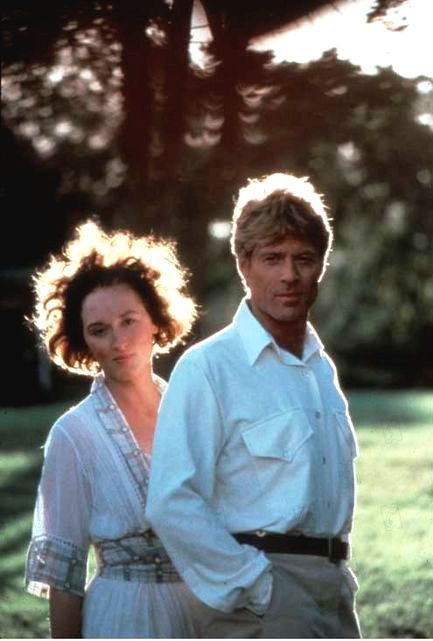 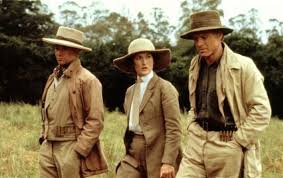 'Gallipoli' (1981)Directed by Peter Weir and starring Mark Lee and Mel Gibson, the film's pyramid and bazaar scenes were filmed on location in Egypt. 'King Solomon's Mines' (1950)Starring Deborah Kerr and Stewart Granger, this second adaption of the 1885 novel by H. Rider Haggard was filmed in a number of locations including Uganda and the Belgium Congo (now the Democratic Republic of Congo).

'Death on the Nile' (1978)All all-star cast, including Peter Ustinov as Hercule Poirot, assembled in Egypt for this entertaining adaptation of the Agatha Christie novel of the same name.

'The Message' (1976)Syrian-American producer and director Moustapha Akkad shot this film, which starred Anthony Quinn, in Morocco and Libya.

'Patton' (1970)An early scene in this celebrated World War II drama supposedly depicting Carthage, was in fact shot in the ancient Roman city of Volubilis, in Morocco.

'Greystoke The Legend of Tarzan, Lord of the Apes' (1984)French actor Christopher Lambert donned the loincloth for this particular installment of the lord of the jungle franchise, with Cameroon providing the hot, clammy backdrop.

'Mogambo' (1953)Hollywood heartthrob Clark Gable teamed up with Grace Kelly and Ava Gardner for this romantic adventure, which was filmed on locations in Kenya, Uganda, and French Congo (present day Republic of the Congo). The Snows of Kilimanjaro' (1952)The highest mountain in Africa provided the dramatic backdrop for this film, based on a short story by Ernest Hemingway. The action takes place in Kenya.

Singer Elaine Paige says playing a pot-smoking marriage wrecker in new BBC drama Life is easy… because she was one! 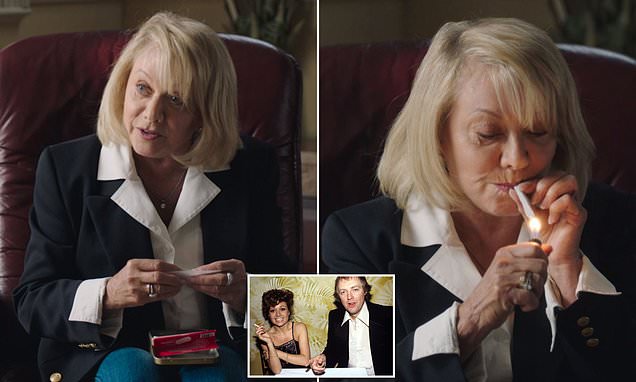 She is the revered first lady of musical theatre and a family favourite on Radio 2. So it might come as a surprise not only to learn that, at 72, Elaine Paige has a new TV role as a drug-taking mistress - but also that she has first-hand experience which she can draw upon. The star has been cast as Helen in the hit BBC1 drama Life - a woman who had an affair with a married man and who will be seen smoking dope in a forthcoming episode. Ms Paige had a well-publicised 11-year affair with married lyricist Sir Tim Rice, but now she has told The Mail on Sunday how the scene in which she lights a marijuana joint in the new series also brought back memories of her time making her West End debut with hippy musical Hair in 1968. 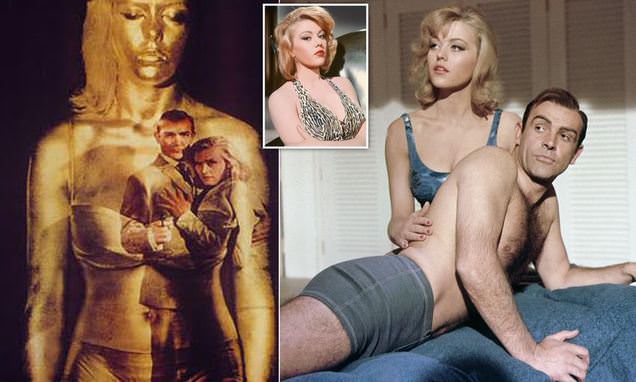 Bond Girl Margaret Nolan [left, in 1965] has died at the age of 76. The actress appeared in the iconic 007 film Goldfinger and famously danced in gold during the end credits of the 1964 hit movie [inset]. The heartbreaking news was confirmed by her son Oscar Deeks who said she passed away on October 5. As well as starring in the 007 film alongside Sean Connery [right], Margaret was also known for her role in the Beatles' Hard Day's Night movie and a series of Carry On films.