The Meeting Place > Technology Talk > What is happening to the Magnetic Pole?

What is happening to the Magnetic Pole? 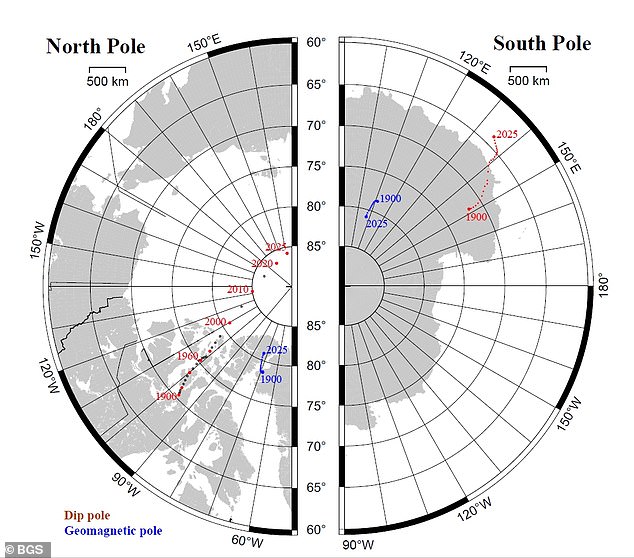 This is beyond me, but I find it very interesting. 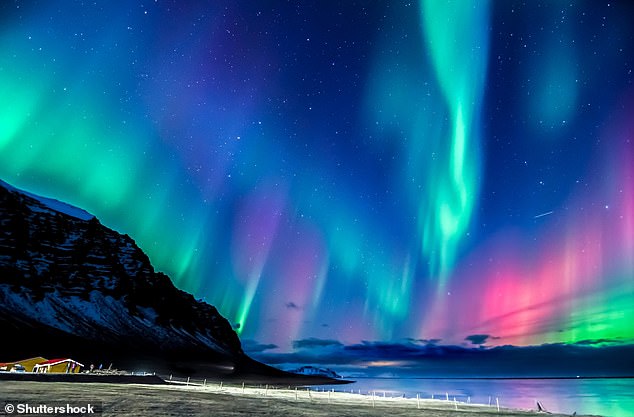 This makes one wonder if this accelerating movement of the magnetic north pole, coupled with the Grand Solar Minimum we're moving into, could be the cause of  turbulent, extreme weather

..... baking heat in Australia, but breaking records for cold and snow in the US and flooding in Europe as opposed to the CO2 propaganda of global warming from the oil companies.

CO2 being a cause of global warming is NOT propaganda, it's scientific fact. Exhibit 1: the planet Venus, with a CO2 atmosphere it's on average hotter than Mercury.

It makes sense to me Hola

If the magnetic of the North Pole moves then so does the climate with it as can be seen.

Yes,  but it doesn't fit in with the political agenda so logic isn't going to enter into the discussion.

Maybe all the wifi buzzing around the mobile phones is causing some of it. Would you turn your's off to find out? Just imagine a day without all this information and bored people venting... so if the phone tells you you're hot, cold whatever; are you?

I don't think so! What the earth does is much bigger than miniscule little humans consuming the earth's surface. The poles have swapped in the past and we are overdue for a North - South swap. It doesn't happen in a hurry though so sit back and relax.

Hold onto your seats, 5G is coming more microwaves, radiation, and health of humans will decline even more.

Is this off your head or some scientific reports only you have access to. All radio frequency emissions are a possible carcinogen, mobile phones have never been proven to cause cancer with 1G, 2G, 3G, or 4G,  we can be fairly confident we can find the same with 5G.

Using military maps used to involve reading the legend which gave to rate of movement of the North Pole per annum which had to be considered. The movement from the date of the map and the current date were necessary to find a location. As I see it, we have always known about this.

Hi Suze, yes, the magnetic poles have been moving at an unprecedented rate in recent years, with the magnetic North Pole heading toward eastern Siberia at a rate greater than predicted 5-10 years ago, which may well be contributing to increased unstable climatic and weather conditions. The Grand Solar Minimum could perhaps also be a contributor, and the Earth's weakened magnetic field.

It's not necessarily an 'either/or' situation however, when it comes to human involvement, as we don't know to what extent the increased carbon dioxide and monoxide and other contaminants in our air and oceans from human causes, are also a contributing factor.

Regardless of whether our heavily polluting energy sources and agricultural practices are *driving* the climate change, with an ever increasing human population and pressure on resources, it is clear we do as a whole need to become better 'stewards' of our planet, and shift from the old 'use without thought of consequences' model that was sustainable in an era of much smaller human populations, but not any more, to maintain the best planetary health possible going forward.

There are many environmental reasons to transition - faster rather than slower - to clean energy sources and generation, and towards food sources that lessen rather than increase the rate of environmental degradation (for example, 80% of the horrific fires that overtook the Amazon rainforests were started for the purpose of clearing forests for cattle grazing) and Australia is now in the top 10 deforestation countries in the world....which is no great thing, in a predominantly arid continent.

So I would say 'Yes, and...' rather than 'Either, or' ... when it comes to the complex of factors affecting the present and future health of this planet.

Hello Rowena, to me you read that you are aware of things. can you please (or anyone) clear my mind of the possibility of the 'Space Age Junk' etc, be causing much of the present earth climate problems.

Sen.Cit.90, indeed...there's an astounding amount of space junk around the Earth. Here's an article about it from Aussie scientists, and also possible solutions and checks and balances now on the table:

However, there are also thousands of satellites being sent (over a number of years) into low orbit, within the Earth's magnetosphere, to support the 5G network. SpaceX has already launched more than 120, and is launching at a rate of 60 satellites every fortnight, according to the article below, up to 42,000 satellites (which may also by sold for military and other purposes). The way 5G signals broadcast is quite different to 4G and preceding internet signal modes, and the cumulative affect on the Earth's magnetic field is unknown...so natural pole shifts aside, there are increasing potential human impacts that, to my mind, need to be urgently addressed.

Anyway, whatever the combination of causes of climate change, we do need global cooperation right now, to clean up our act, rather than governments using stalling tactics in favour of heavy polluting industries.

for he want of a nail ,the shoe was lost

for the want of a shoe ,the horse was lost

for the want of a horse ,the rider was lost

for the loss of the rider ,the mssage was lost

fot he loss of the message ,the battle was lost   [it really happened at waterloo ]

For the want of the weed ,the beetle was lost,

for the want of the beetle ,the bird was lost

for the want of fertilization the fruit and crops were lost

it takes 16 liters of water to produce one almond NUT

The water is not exported. They buy the water rights and sell water back to the farmers. Only trouble is that it has sent the farmers bankrupt so foreign entity can buy their farms as well.

We are due for a magnetic pole reversal. Apparently it starts with a dipole at the North pole which is the case at the moment. Then it is chaotic and finally a North and South swap. They predict this will take hundreds of years however what happens to the earth and weather in the meantime is unchartered territory.

Are there any qualified scientists here? If not, then what's being spouted is just hot air.

Actually Intellego people are quite capable of doing their own research based on the scientifc reports. Putting up one of their articles for comment is not unreasonable. As for fact - no scientists were around for the last geomagnetic reversal so even they are hypothesising (based on research) on exactly what may happen.

Well each of my compasses was still pointing north this morning and no change this evening. Compass variation is and always has been different all over the world and so has the rate of change. Compasses are even made differently for different parts of the world.

What concerns me far more is while the country is burning and seven months after.an election when this mob promised economic superiority and jobs and growth while denying climate change, our Treasurer is now blaming climate induced drought and fires for a dismal budget and economic performance while our hapless minister for low energy is overseas arguing yet another fiddle, this time on our carbon reduction performance and against the need  to cut further.

Many facets of our lives depend on the Earth’s magnetic field, i.e. North and South poles, our computers satellites that let us watch TV, neverending. The pole situation is nothing to worry about for the ordinary person unless you’re hiking in the arctic circle. Time to worry is if there is pole reversal which happened 780,000 years ago. It may be about to happen again, another 1,000 years or so and we may all be goners.