When it comes to self-drive holidays, there are few countries easier to navigate than Canada. With vast distances between towns and cities, as in Australia, the wide-open roads are a sheer delight. So, grab a map, keys and your sense of adventure and let’s explore Canada’s top five road trips as voted by YourLifeChoices members in July this year.

And the winner is: 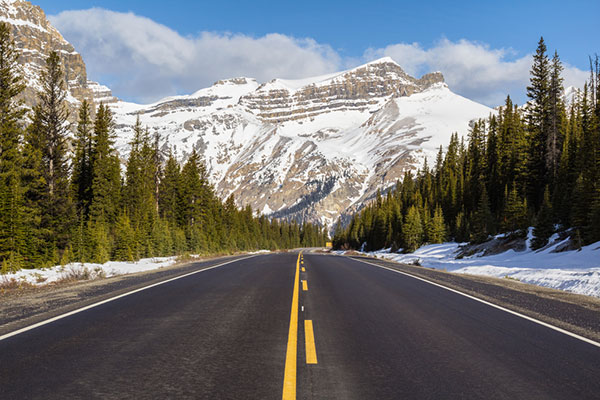 This fabulous 160km road connecting Vancouver and Whistler in British Columbia was constructed in 1942. Known locally as Highway 99, it was upgraded in 2010 for the Winter Olympics. The Sea to Sky Highway is aptly named as it features all the grand scenery one hopes for in Canada – rugged coastlines, vast skies, imposing fir-covered mountains with snow tipped peaks. With frequent interpretive kiosks, great hiking trails and magical waterfalls, this ‘edge of the world’ experience is not to be missed.

Hint
Don’t rush it. Sure, you can easily drive the Sea to Sky in a day, but what’s the hurry? Take two or three days to enjoy the small towns, beaches, forests and wildlife along the way. 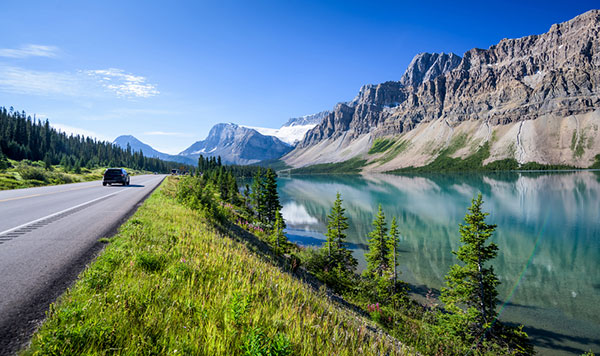 No matter how far you roam, you won’t find a similar road trip to this one. Winding through the Canadian Rockies, from Calgary, Alberta to Jasper, British Columbia this memorable drive on Highway 93 reveals pristine lakes, age-old glaciers and thriving local communities.

Hint
Although the journey is only 230km, the towns of Banff and Lake Louise each deserve at least a one or two-night stay. There are more than 100 ancient glaciers on this road, and a visit to the Glacier Discovery Centre will take a full day, including experiencing the Ice Explorer to Athabasca Glacier and the Glacier Skywalk. 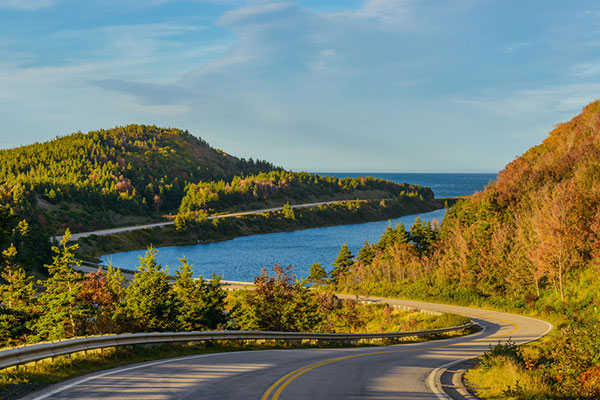 Named after John Cabot, or Giovanni Caboto, the Venetian explorer who discovered the New-found-land, this 300km drive deserves at least five days, if not seven. Star of the show is the Cape Breton National Park, where you can lose yourself on hiking trails through dense northern forests. Local cuisine features the best lobster you’ll ever taste and Celtic history ensures a rich cultural experience. The Alexander Graham Bell museum in Baddeck is a must-see, where you’ll need at least half a day to cover the exhibits and beautiful gardens.

Hint
Autumn is likely to be the best time to experience the calmest seas, which means whale watching is high on the agenda. And the fall foliage in the parks is quintessential Canada at its best.

4. The Viking Trail, Newfoundland and Labrador 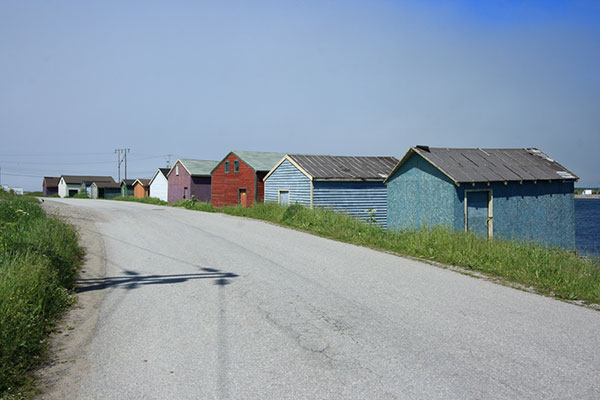 Another ‘edge of the world’ experience, this time on the far eastern side of Canada. This 489km journey covers the west coast of Newfoundland, starting at Highway 1 in Deer Lake, before continuing by ferry across the strait of Belle Isle along the coast of Labrador. Along the way are green valleys, amazing coastal scenery, iconic red and white lighthouses, craggy mountains and the ancient Viking settlement at L’Anse aux Meadows, now a World Heritage Site. This is Canada at its simplest and most beautiful, with endless opportunities to view wildlife, spot whales and hear the birdlife, as well as taking side trips to remote seafaring communities.

Hint
The team at YourLifeChoices are picking Newfoundland and Labrador as the next must-visit destination for Australian travellers in 2018. Get in before the rush, starting with this short video to get you in the mood

And last, but never least, 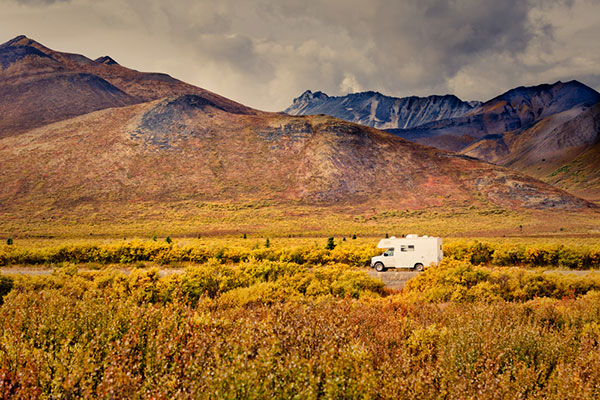 Starting in the gold rush town of Dawson City in Yukon Territories, finishing in Inuvik in the Northwest Territories, this 740km journey can also claim to be truly unique. This journey literally takes you along the top of the world, with wide open spaces, the chance of seeing the northern lights and the opportunity to meet first nations peoples and learn more about their history and culture. Again, you can rush your way north in a couple of days, but if you have the time, take ten days, and take it slowly. Remember, it is about the journey, not the arrival.

Hint
Also known as the ‘road to the arctic’, some seasons are better than others to head north on the Dempster Highway. Winter, fall and spring can all be challenging, so it’s little wonder summer is the peak time to fully experience the wildlife and long summer evenings. And a second hint which shouldn’t need saying, but does. Grizzly bears may look amazing, but they are dangerous – keep your distance should you be lucky enough to spot one.

Driving in Canada
Canadians drive on the right-hand side of the road – the opposite to Australians. It takes a short while to get used to this, but it’s no big deal if you pay attention. Seat belts are mandatory and mobile phones can only be used if hands-free. An Australian driver’s licence will suffice, but in some cases an International Drivers Permit may be requested. Rental cars and recreational vehicles are widely available, but it is worth noting that some locations, including Newfoundland and Dawson City, can be super busy in peak holiday times, so organising your hire car as soon as possible is the best way to go. Insurance is necessary, but you may find insurance for your hire car is already covered by your general travel insurance – check the fine print before paying twice. Whilst Canada’s main cities are large, signposting is clear, and it is generally easy to get in and out of town.

Would you prefer to include some self-drive touring within a Canada package?

Try these great deals on the following journeys: