Did you know we have some great substitutes for iconic overseas hotspots right here in Australia? Whether you’ve always wanted to visit Bordeaux, the Maldives or the Grand Canyon here are some of the ways you can explore the world’s most popular attractions without leaving the country.

The Port Arthur Penal Settlement: The Alcatraz of Australia

Many people are interested in visiting Alcatraz because of its long history, dating back to the early 1800s when it was first used as a military fort. The island also has a dark and mysterious past, as it was once home to a notorious federal prison. Today, Alcatraz Island is a popular tourist destination, offering stunning views of San Francisco Bay, as well as a chance to learn about the island’s unique history.

The Port Arthur Penal Settlement in Tasmania is the Australian version of Alcatraz – and a premier tourist attraction.

Port Arthur is best known for its history as a penal colony, and for being one of the most well-preserved colonial sites in Australia. The town has some beautiful historical buildings and monuments, as well as a number of museums and galleries. Visitors can also take part in a range of activities, such as boat tours, kayaking, and bushwalking.

The Nitmiluk Gorge: The Grand Canyon of Australia

The Grand Canyon is one of the most popular tourist destinations in the United States, and for good reason. This natural wonder is truly a sight to behold, and the views are incredible no matter where you stand.

It’s also a great place to learn about geology, the layers of rock and sediment offer a unique look into the Earth’s history, and there are plenty of ranger-led programs and tours available to help you make the most of your visit.

Australia’s answer to the Grand Canyon is Nitmiluk Gorge (formerly Katherine Gorge), located close to the town of the same name. It’s actually a series of 13 gorges spread across some of the most rugged and spectacular landscapes in the country, with rapids, waterfalls and stunning cliff faces.

The Tanami Desert: The Mojave Desert of Australia

Famous for its aridity, harsh conditions, and haunting landscapes, the Mojave Desert has lent an otherworldly backdrop to movies such as Star Trek and Fear and Loathing in Las Vegas. It encompasses Death Valley, the hottest place in North America.

In Australia, The Tanami Desert will give you a glimpse of that stark, red, alien-looking landscape you’ve only seen in movies.

The Daintree Rainforest: The Amazon jungle of Australia

The Amazon rainforest, covering much of north-western Brazil and extending into Colombia, Peru and other South American countries, is the world’s largest tropical rainforest, famed for its biodiversity. It’s criss-crossed by thousands of rivers, including the powerful Amazon.

Exploring the Amazon is the dream of many would-be explorers, but if you prefer rainforest journeys without piranhas or malaria, there’s a great option Down Under. The 1200-square-kilometre Daintree Rainforest in far north Queensland is the biggest patch of continuous tropical rainforest in Australia, complete with cassowaries and crocodiles.

The Whitsundays: The Micronesia of Australia

Everyone loves palm-fringed islands, but if you don’t want to travel all the way to Fiji, Indonesia, Micronesia or Vanuatu, why not try the Whitsundays? Here, you can snorkel with reef fish in transparent waters, do some yachting or sip tropical drinks on a postcard-perfect beach.

The Whitsundays are the largest cluster of offshore islands in all of Australia. Of 74 total islands, 60 are uninhabited. It’s also home to Whitehaven Beach, internationally recognised as one of the top five beaches on earth. The majority of the islands are made up of protected national park areas. It’s a lovely part of Australia – which may be why more than 1500 people get married there every year.

The Everglades National Park is America’s best-known wetland. The area is home to many different types of animals, including the endangered leatherback turtle, Florida panther, and West Indian manatee. The Everglades is often compared to a slow-moving river due to the abundance of grasses and other vegetation.

Australia has an impressive version of its own. For stunning gorge country, prolific birdlife and a healthy croc population, visit Kakadu National Park in the Northern Territory – it’s about three times bigger than the everglades and home to saltwater crocodiles, flatback turtles and northern quolls.

Margaret River: The Bordeaux of Australia

Bordeaux is a world capital of wine. It has castles and vineyards that stand on the hillsides of the Gironde and is home to the world’s main wine fair, Vinexpo.

However, nestled in the midst of scenic forest 272km south of Perth, Margaret River has long been a favourite of wine aficionados. The first winery in Margaret River was built in 1967 by local cardiologist Tom Cullity. His family’s winery, Vasse Felix, is still very popular today. Margaret River is now home to more than 130 wineries and makes for the perfect low-key getaway.

Don’t forget to check out the 35,000-year-old fossils in Mammoth Cave while you’re there.

Read: Incredible Australian islands for when you want to get off the mainland

The Cocos Keeling Islands: The Maldives of Australia

The Maldives, a collection of more than a thousand islands in the Indian Ocean, is known for its clear emerald waters, beautiful beaches that stretch as far as the eye can see, and of course, luxurious overwater bungalows.

Where would you most like to go? Let us know in the comments section below. 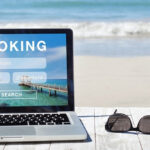 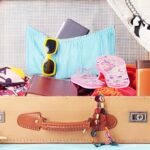