Canada, deserts and wine seem mutually exclusive no matter which way you combine them, but they come together beautifully in the Okanagan Valley in British Columbia.

As with most of Canada, the Okanagan, an easy 400km drive east of Vancouver, has healthy doses of trees, mountains and lakes, making it a wonderful self-drive experience. The mountains behind Vancouver trap a lot of the rain off the Pacific, leaving just enough for the Okanagan to host sturdy vineyards and orchards. But it’s still a surprise, especially in southern Okanagan, to see vineyards in the scrubby landscape. 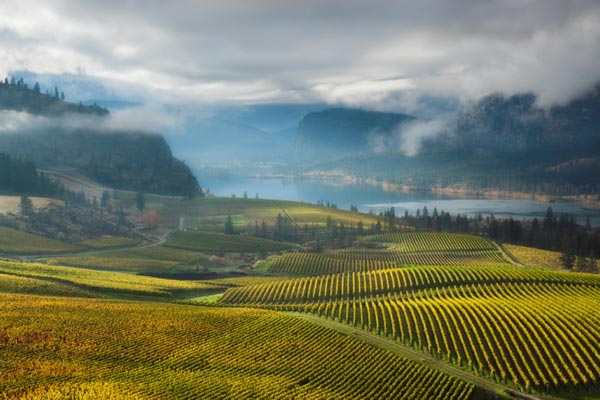 Okanagan wines would appeal to Australians familiar with pinot noir, shiraz, merlot, chardonnay and riesling. Also common is pinot blanc, the staple of Okanagan whites, which is similar to pinot grigio – i.e. crisp and refreshing.

Not all of the Okanagan’s 150-plus wineries have cellar doors, and those that do vary from the spectacular, such as Mission Hill, which sits on a promontory above Okanagan Lake in West Kelowna, down to the small but savvy Upper Bench in Penticton, where they grow a savoury Austrian variety called zweigelt as a perfect accompaniment to their own cheese. 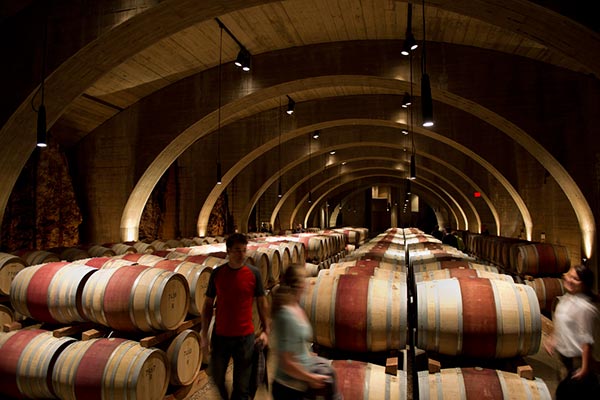 Also near Penticton is Ruby Blues, which produces not only lovely wine but also dazzling stiletto shoes, and the hillside vineyard is adorned with dramatic statuary. An option is to drop in at the Visitor Centre in Penticton. It can tailor a wine touring experience to suit your interests and it has an adjoining wine shop with the same prices as cellar doors. 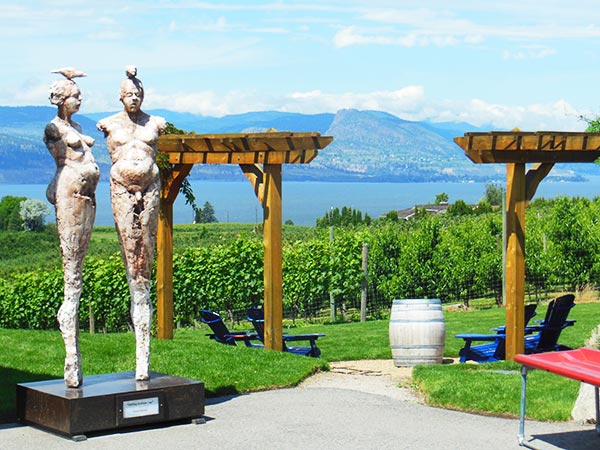 The Okanagan is easy to navigate. Although it’s long, stretching 175km from Osoyoos north to Vernon, it’s narrow, and the highways hug the shores of the lakes. 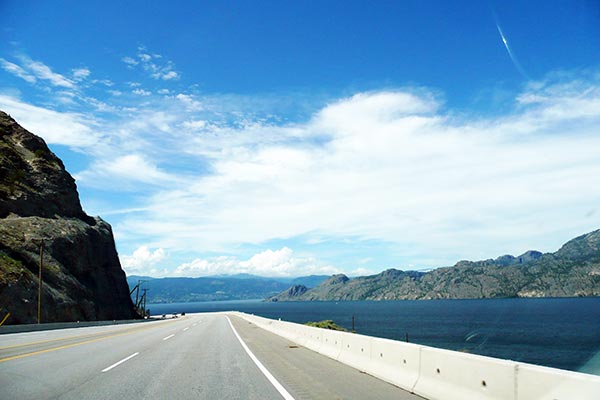 Driving from Vancouver, you approach the Okanagan through Keremeos, known as the Fruit Stand Capital of Canada, for good reason going by the variety and value of the produce. Then it’s 50km to Osoyoos, where the outstanding attraction is The NK’MIP Resort. Operated by the local indigenous people, it has a modern winery, elegant apartments and the NK’MIP Desert Cultural Centre, which tells the story of the Okanagan people. The similarities with the Australian indigenous experience are considerable. It’s an inspiring place.

Heading north to Penticton, where many wineries are strung along the eastern side of Okanagan Lake, the highway follows a spectacular western lakeside route to the area’s main city Kelowna. The valley tops out in Vernon, where the best fruit in the Okanagan is made into pies, chutneys and butters at Davison Orchard. 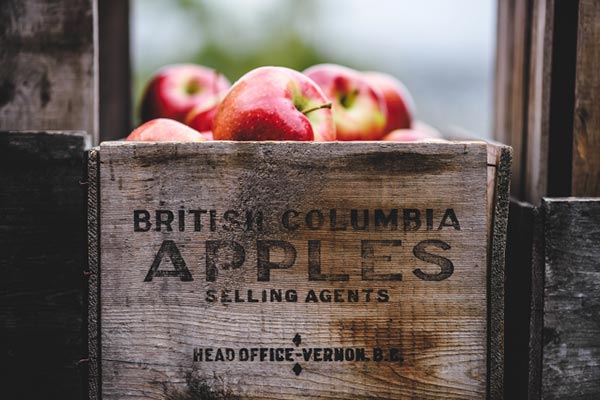 Okanagan summers can be hot. Fortunately, the climate is milder the further north you go, and with all the fruit in season, June to September is the still the best time to visit.

At the moment, the Canadian dollar is on par with the Australian, making Canada more affordable than the neighbouring US. The Okanagan is easy driving country for campervans, with plenty of RV parks as alternatives to the motels and resorts.

Related articles:
Insider tips to Vancouver
Fun on a budget in Victoria, BC
The Northern Lights in Yukon

Jeremy Bourke loves planning travel experiences as much as he enjoys taking them. He reads a map in the way some people read a novel, and he prides himself on never having been lost – well, not for long anyway.

Vancouver: Tips from an insider

A born-and-raised Vancouverite, Brianna is the best person to share insider tips to her home

Fun on a budget in Victoria, BC

If you've had enough of big cities, Victoria, Canada should be in your plans.

The Northern Lights in Yukon

Jennifer Ennion braves the cold for a glimpse of nature's magical beauty that is the Northern Lights.