The Louvre Museum, Paris, is home to some of the most magnificent and significant art in the world. Established in 1793, it is the world’s largest art museum. It homes masterpieces such as the Venus de Milo, the Winged Victory of Samothrace, Liberty Leading the People, the Raft of the Medusa, and, of course, the Mona Lisa.

But despite the museum’s well-deserved fame, there are many things most people don’t know about it.

The Louvre didn’t start as a museum
The Louvre was originally commissioned by King Philip II in 1190 as a fortress to protect the city. In the 14th century it became a royal residence, and in the 16th century the original, medieval structure was razed to the ground and replaced by a renaissance-style structure. After years of being renovated and added to by various French monarchs, it was officially opened as the Louvre Museum during the French Revolution in 1793.

It’s bigger than you think
The Louvre is notoriously monstrous, but few people realise just how colossal this museum and its art collection are. If you took just 30 seconds to look each of the 35,000 displayed pieces in the gallery, you would be wandering the halls for around 200 days. There are also many floors in the Louvre that are reserved for storing the full 550,000-piece collection. If you stretched out all the floors of the gallery, they would be 12km long. 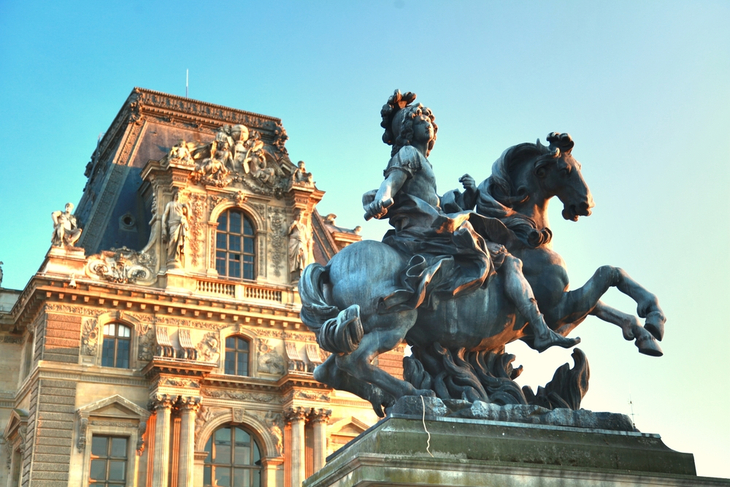 You can paint in the Louvre
In 1608, Henri IV invited artists to the Louvre Palace to live and train, learning to paint by copying works from the royal collection. While artists can no longer live in the palace, the offer to paint still stands. After a rigorous selection process and a two-year waiting list, 150 to 200 experienced artists are selected to spend three months painting in the museum.

The Louvre was evacuated during World War II
Back in 1939, Jacques Jaujard, the then director of the Musées Nationaux, had a suspicion that France would be occupied during the war. Predicting theft and pillaging by the Nazis, he arranged for 4000 of the museum’s most important artworks to be taken to the Chateau de Chambord in the Loire Valley. Jaujard’s fears proved to be true in 1940, then Germany occupied France. But the artworks spent the war years moving discreetly around the countryside, avoiding Nazi detection. 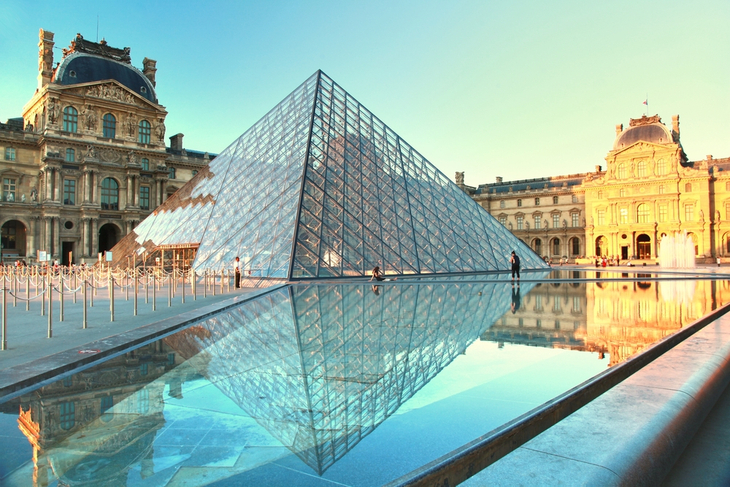 There’s a school in the Louvre
Nestled in the Aile de Flore – the river-facing wing of the museum – is the École du Louvre. This higher education institution teaches art history, epigraphy, anthropology and archaeology. The school was founded in 1882 and may just be one of the most prestigious – and coolest – places in the world to study art history.

One of the paintings has been cut in half
Veronese’s Wedding Feast at Cana is not only one of the most renowned works in the Louvre, but also the biggest. When Napoleon raided the churches and monasteries of Italy in 1797, he struggled to bring back this 65 square metre painting in one piece. His solution? Cut it in half! You can still see the seam down the middle of the artwork where it hangs today. 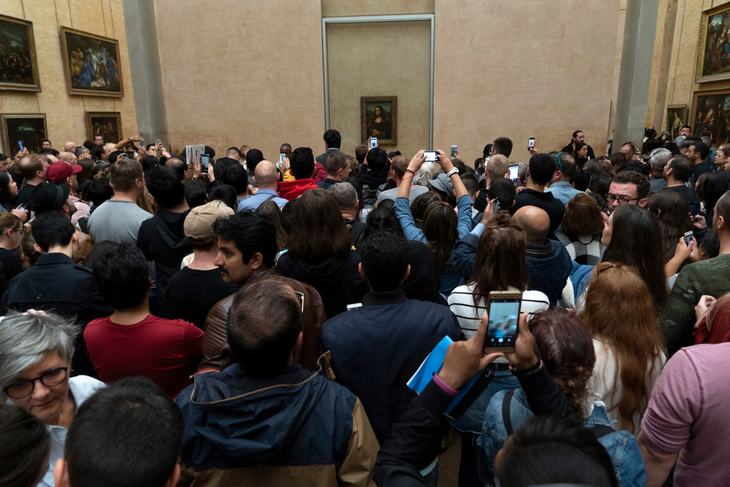 Ever wondered how Napoleon lived? Take a look
Take a walk through the 18th-century rococo aesthetic first floor of the Richelieu wing, were president and emperor of France, Napoleon III, lived. Not only are these lavish personal apartments a great little peak into the lives of the French elite, but few people even know they’re there, giving you a break from the crowds.

Have you visited the Louvre? What was your favourite piece? Would you love to spend three months wondering the halls of the Louvre and painting the works of the old masters?