For centuries, Dublin was crawling with poets, playwrights, novelists, dreamers and schemers. And with four Nobel Prize winners for literature among them, it was enough for the city to earn its UNESCO City of Literature title.

It became the fourth city to receive such a designation – after Iowa City, Melbourne and Edinburgh. Dublin’s selection recognised its lively literary scene, built on the strong foundation laid by past masters.

Read: Places around the world that inspired famous books

From timeworn pubs to literary swimming spots, here are some different ways to connect with Dublin’s literary history.

Pubs and literature go hand in hand in Dublin. And the mother of all Dublin’s literary drinking dens is the Palace Bar on Fleet Street. Writers have been drinking here since 1843, including Flann O’Brien, Brendan Behan and Patrick Kavanagh. It was also the unofficial HQ for Robert M Smyllie (editor of The Irish Times), who held literary gatherings here throughout the 1930s and 1940s. There is even a brass square at the base of the lamppost outside, paying tribute to the most famous literary patrons.

One of Dublin’s most famous places to take a dip, the Forty Foot is easily accessible via the Dart, which curves along Dublin’s coastline. Hardy locals brave the waters here all year round, but summer is best when the waters shimmer and the lively atmosphere is at its peak. As the Forty Foot was featured in the opening chapter of James Joyce’s Ulysses, a visit to the James Joyce Tower and Museum just steps away (Joyce spent six nights in the tower in 1904) is encouraged, where visitors can find out more about the writer and his legacy.

Dublin loves its literary statues and visitors can spot monuments of great wordsmiths peppered all over the city. From the colourful statue of Oscar Wilde reclining on a rock in the idyllic surrounds of Merrion Square (across from his childhood home, now the Oscar Wilde House) and James Joyce standing tall on North Earl Street, to a Patrick Kavanagh in the leafy green surrounds of the Grand Canal Dublin, one is never far from a literary great.

Located just beside the Ha’penny Bridge, The Winding Stair bookshop takes its name from a WB Yeats poem (as well as its winding staircase). Its delightfully relaxed atmosphere has placed it among some of the best bookstores in the world. Regular activities including plays, open-mic sessions and photography exhibitions keep visitors engaged; and a buzzing restaurant serving artisan produce in an elegantly rustic space keeps stomachs full.

The poet and playwright WB Yeats was not a fan of pubs, so the fact that he stepped into Toners for a sherry is quite the badge of honour. Bram Stoker, author of Dracula, was a more frequent visitor. Visitors will enjoy soaking in Toners’ rustic feel, with original stock drawers behind the counter and a traditional stone floor.

Read: Places from Shakespeare that you can actually visit

Often overlooked in favour of some of Dublin’s big hitting literary attractions including Trinity College, MOLI and the Dublin Writers Museum, the National Print Museum is a lesser-known gem. Scoring five stars on TripAdvisor, the museum traces the impact of print on Ireland and the world, with a charming layout that replicates a traditional print shop. From traditional and digital displays to workshops and exhibitions, visitors will be taken on a journey to explore the history of print including its heritage, craft and technology. 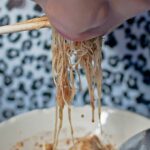 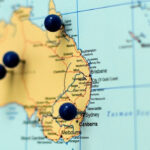