Strict rules, regulations and closed borders helped New Zealand weather the COVID storm better than most countries – but for a while, it seemed like the Kiwi nation might never open up again.

Fortunately, more than two years of international isolation ended on 1 May 2022, when New Zealand’s borders reopened to fully vaccinated travellers from visa waiver countries, as long as they can present a negative pre-departure test. A rapid test is also required for all arrivals, and again on day five or six of the trip.

Technicalities aside – it’s been so long, many of us have probably forgotten why the destination is so appealing. Here’s a little reminder of New Zealand’s best bucket-list experiences.

Think of any outdoor pursuit and it can very likely be done in New Zealand. Cycling is one of the best ways to enjoy the landscape, pedalling along plenty of flat, traffic-free roads. Rated as one of the country’s top riding routes, the Otago Central Rail Trail runs for 150km between the towns of Middlemarch and Clyde in the South Island. Built at the turn of the 20th century, the former rail track passes abandoned gold mines and historical buildings ranging from farmhouses to art deco structures. Allow four days to do the trip, stopping at communities along the way.

How: Intrepid (intrepid.com) offers a guided four-day trip from $1420 per person, including accommodation, some meals and bike or e-bike hire. Flights extra. Various departures.

Scaling the country’s highest peak (also known as Mount Cook) is a task that shouldn’t be taken lightly. According to Maori legend, Aoraki is a sacred ancestor who provides a link between the natural and spiritual worlds. Fittingly, it’s a tough climb appropriate only for pros. But you don’t need to tackle glaciers and steep ascents to admire the mountain’s beauty. Trails weave around the foothills, affording amateur hikers an opportunity to watch sunlight sparkle on its serrated ridgeline.

See some out of this world wildlife

You won’t find the megafauna of Africa this far south. But in place of big mammals, expect to see an impressive array of bird species. Watch yellow-eyed penguins waddle along the shores of predator-free Rakiura/Stewart Island (also home to the oddball endemic kiwi), and listen to the call of the kōkako in the Pureora rainforest. Additionally, out at sea there is a chance to spot some animal giants in the form of sperm whales cruising the South Island coastline.

Read: Incredible wine regions you probably haven’t heard of yet

Some of the world’s best bottles of sauvignon blanc are produced in the Marlborough wine region, making it a worthwhile stop on a tour of the South Island. Visit more than 30 cellar doors to taste the distinctive tipples produced by crisp nights and sunny days, matched perfectly with seafood served in the region’s top restaurants. A 24km circuit can easily be explored by bike. 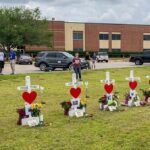 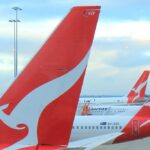