That first three-second greeting from a flight attendant when you board a plane might seem insignificant to you, but it is crucial for the air crew.

In that brief interaction they are judging a whole range of factors about passengers and any potential problems they may present during the flight.

Here are just some of the things that a flight attendant will notice about you.

You are a number
Have you ever wondered why flight attendants have their hands behind their back when they are greeting you?

They usually do this with a manual click counter that you don’t see holding it behind their backs as you are boarding.

Whether you are intoxicated
This is probably one of the most important things that flight attendants are looking for in that first greeting.

If they are looking for signs of alcohol, they can often rely on their sense of smell to tell when a passenger has had too much to drink, but when it comes to drugs and other substances, they are often looking at the pupils of a boarding passenger to see if they are under the influence.

Cabin crew are on high alert for passengers who appear intoxicated as they have the greatest potential to cause problems and they do have the right to refuse entry to passengers who they believe will pose a danger during the flight.

Whether you need extra assistance
First and foremost flight attendants are there to help and they are keeping a close eye on travellers who may require more help than others.

This can include those with disabilities, women who are pregnant and how far along they are, those travelling with children or the elderly.

How strong you are
As well as looking for potential troublemakers, flight attendants are also looking for those who will be able to provide the most help if there is trouble during a flight.

To that end they usually assess the strength of various passengers who might be useful during an emergency.

If you are strong and muscular and seem physically fit the crew will often take note and memorise your face and where you will be sitting, in case they need to turn to you for assistance during the flight.

The size of your luggage
It isn’t just you that is being sized up as you get on the plane. The flight attendants are also looking at your carry-on and they will be able to tell straight away if it will fit into the overhead storage compartment or will be better off placed under the seat in front of you.

They are also looking for passengers that might have somehow managed to make it that far with luggage that is too large for the airline’s carry-on rules and are acting as the last line of defence for those who think they have evaded being caught.

Were you aware that flight attendants were sizing you up as you boarded your flight? Why not share your thoughts in the comments section below? 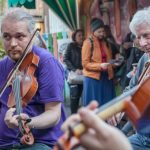 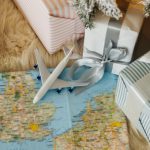 For all advertising inquiries: advertisi[email protected]