Against a wall is a chair. On the chair is a small goldfish bowl. In the bowl are a knife and two live goldfish. On a nearby wall are 400 plaster casts of female genitalia. Do you know where I am?

It’s my second visit to the Museum of Old and New Art (MONA) in Hobart. You could spend a week here to more fully appreciate the offerings.

There are staff in most spaces. A man behind me asks: “Does it get any better?” He gets what I expect is a standard reply: “All the installations are not for everyone.” 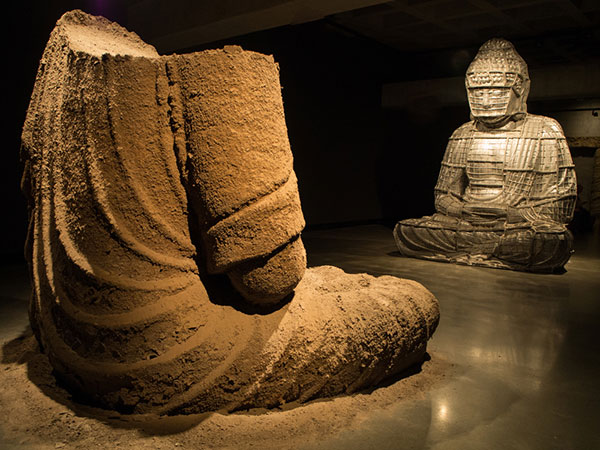 MONA confronts. It is not your conventional national or state gallery. You need to go with an open mind. Be ready to be challenged. There is heart-aching beauty, bewilderment and astonishment.

I’m sure Hobart had much to offer before MONA opened in the Moorilla winery estate on the Berriedale Peninsula in January 2011, but since then, tourist numbers to Tasmania’s capital have jumped 44 per cent.

Owner and director David Walsh has made millions as a professional gambler and said he built MONA to ease his guilt at making so much money. The university dropout who worked for the tax office for a time and is a fierce critic of poker machines, says the response to MONA has been amazing. 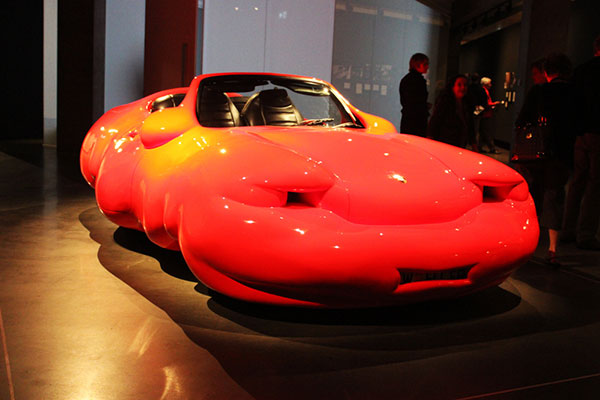 As he continues to develop MONA with a new hotel and wing of installations called Pharos, he maintains his fight against convention – safe works will never be tolerated – as he seeks ways to make the museum self-supporting.

He hopes ‘the O’ – his iPod-like machine that provides audio and written information about artworks instead of wall labels and then offers to send your journey via email – may be an earner. I’m a fan. It means I can revisit everything I saw, leisurely this time, and see what I didn’t have time to see. Brilliant.

When My Heart Stops Beating, by Patrick Hall, is a large chest of drawers – a ladder is required to open drawers near the top.  When drawers are opened (each has a face peeking from the vinyl record front), an audio is played – different voices, different intonations of  ‘I love you’. And in each drawer are words, such as: “Thank you for letting me escape awhile from the heat of the day. For giving me shelter in your shade. For letting me shiver in your cave. And when the nothing yawns my name I’ll smile at its awful gape, and know we had a time. You thought me something. It was beautiful, it was mine.” It is sad and uplifting and beautiful all in one. You could spend hours in this one spot. 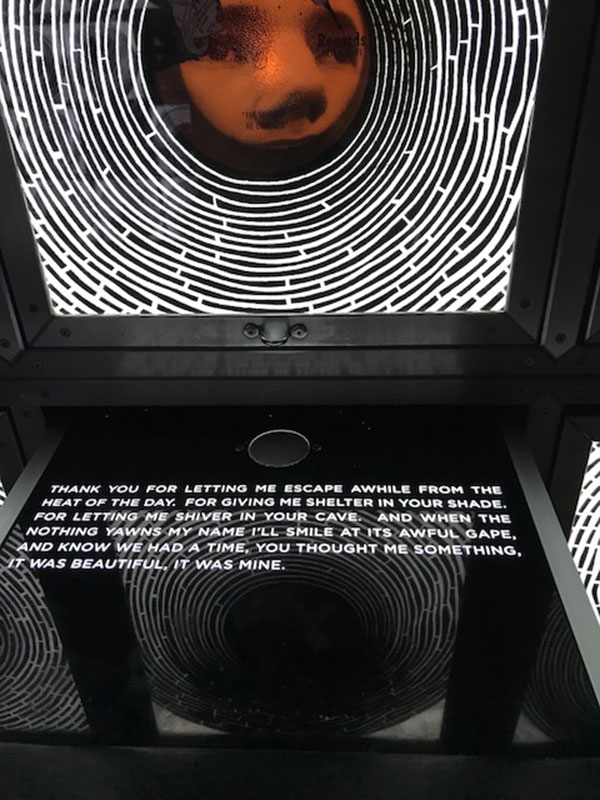 Cloaca Professional – perhaps better known as the poo machine – which is the latest in a number of incarnations by Belgian artist Wim Delvoye and the first in a museum’s permanent collection. It comprises a series of chambers that mimic the gastro-intestinal process. It’s fed at 11am – a hamburger from the café and a litre of water when I was there – and poos at 2pm. The ‘produce’ dutifully delivered on time with authentic smells. Weirdly fascinating. 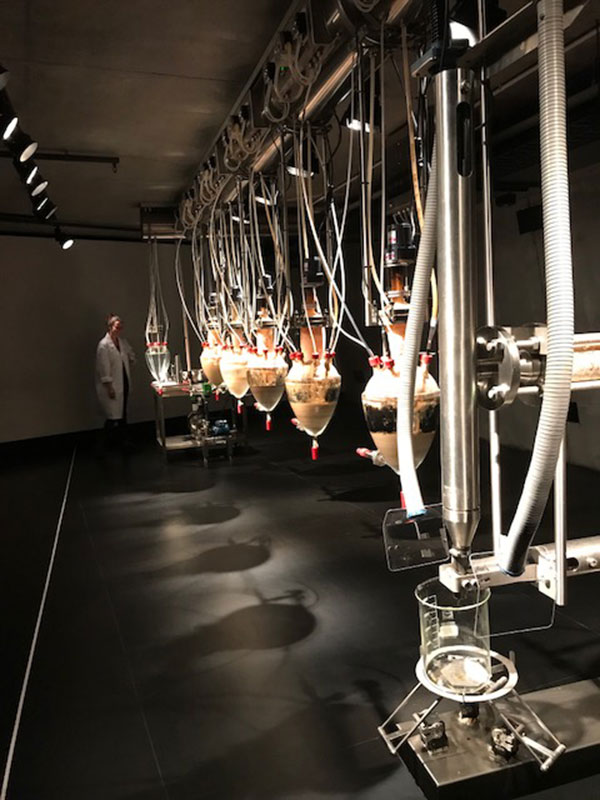 Snake, by Sidney Nolan, is monumental – 1620 mixed media drawings of indigenous Australians and floral and faunal motifs – that are carefully hung so that you see a snake pattern when viewed from a distance. It’s gobsmacking in its size – about the equivalent of an Olympic-sized swimming pool – which explains why it was rarely exhibited until it found a home at MONA. 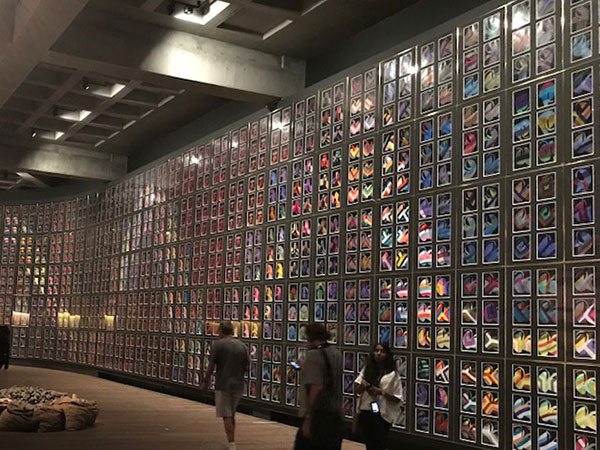 I could go on and on, and on. The Museum of Everything is a book in itself. You don’t need to be an art lover, perhaps better if you’re not. You just need to be game. Go with an open mind about what art is.

Have you been to MONA? What did you think?