School holidays are behind us and perhaps the local airlines are breathing a sigh of relief.

It was generally a bit of a PR disaster, as news outlets broadcast scenes of packed airports with warnings of two-hour wait times to just get to the front of the line.

Flights were cancelled and delayed across the board and luggage regularly went missing.

According to The Australian, the major airlines were on track to record one of their worst weeks on record after more than half of all domestic flights for the second week of the school holidays were delayed or cancelled and one in 10 baggage items went missing.

It was a perfect storm of illness among airline staff, poor weather and the ongoing staffing crisis.

Federal transport minister Catherine King told The Australian that outsourcing and the denial of JobKeeper for some workers “set the scene” for a third of the workforce to leave the industry.

She said that as a consequence there were delays and disruptions across the country.

“The government will keep working with industry and unions to rebuild the aviation workforce, but the truth is that replacing the experience and expertise that has been lost can’t be done overnight.”

Qantas cut an estimated 9400 staff from its books during the pandemic and Virgin went into administration.

Read: Quiz: How well do you know the US states?

Qantas claims it has recruited 1000 staff to get the airline back on track and has announced a $5000 bonus per employee as a “recovery boost”.

However, it’s also currently fighting a court case claiming it illegally sacked about 2000 workers and outsourced their jobs. Qantas lost its latest appeal on the case but plans to take it to the High Court.

A foot and mouth disease outbreak in Bali has primary producers in Australia feeling nervous, and not without cause.

Many will remember the disastrous outbreak in the UK in 2001 when an estimated six million cattle and sheep were killed for a multi-billion pound hit to the economy. Workers were so exhausted emotionally and physically Australian farm workers were flown out to continue the slaughter.

Travel advice website smartraveller.gov.au has advised travellers returning from Bali to thoroughly clean any equipment, especially shoes, camping equipment and bikes, declare on your incoming passenger card if you have been to a farm or near farm animals and dispose of all meat and dairy products.

The National Farmers’ Federation (NFF) is asking people to throw out their thongs after arriving home from Bali and have joined forces with clothing company Ringers Western to offer 30 per cent towards replacing them.

Tag @NationalFarmers in a selfie binning your thongs to receive your discount code from Ringers Western.

Read: How to cut your chances of catching COVID on a plane

Smartraveller has also issued a warning for any Australians planning to travel to the World Cup to be held from 1 November to 18 December this year in Qatar.

Visitors will need an approved ‘Hayya Card’ instead of the standard visa. The card limits your travel from November to the end of January and you must have World Cup tickets. No standard visas will be issued during this period.

Smartraveller has also warned potential visitors to the World Cup to be considerate of local customs, especially regarding your clothing and drinking alcohol. 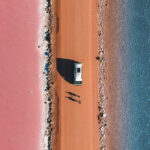 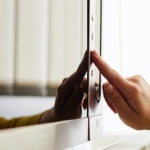