One of the most important events on the 2022 calendar was held at the start of this month; one that seeks to answer the important question:  who makes Australia’s best pie?

Now, some might find it controversial that a vegetarian pie has won the coveted award, but I urge you to seek it out and try it before getting upset. It has a creamy mushroom filling that is infused with earthy tones of truffle and is wrapped in a golden flaky crust.

Read: The best bakeries around Australia as nominated by you

Rolling Pin manager Nathan Williams told the Geelong Advertiser he believed it was the first time a vegetarian pie had taken out the national award, also revealing he was unlikely to ever eat one himself.

“I hate mushrooms with a passion,” Mr Williams said with a laugh. “When I created this pie, it certainly wasn’t for me. But I know a lot of people really like mushrooms, and in the last couple of years it’s been entered into the competition as its own category – which is why I really wanted to get the recipe right this time, having played with it earlier.”

It’s a divisive flavour combo that has drawn criticism but that didn’t stop the judges from giving it the top prize.

In the past, the Victorian bakery has won the competition with polarising flavours such as ‘Surf n Turf’ (chunky beef and prawns in a rich garlicky sauce) and ‘Breakfast’.

Found in Ocean Grove, Victoria, the Rolling Pin Pies and Cakes bakery also has storefronts in Queenscliff, Leopold and South Geelong in Victoria.

Just an hour-and-a-half from Melbourne, their goods are absolutely worth travelling for.

Read: Eight styles of pie from around the world

The 2022 Australia Best Pie and Pastie competition was held by the Baking Association of Australia (BAA). The team of experienced and well-respected judges ensure they take the time to judge every entry they receive with care and attention. All entries are judged as a cold entry, and then tasted and judged again as a hot entry, with the combined scores declaring the best Australia pie has to offer.

You can see the results for all of the categories here. 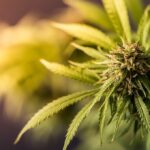 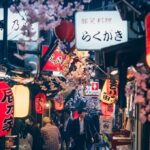