A traveller from Indonesia has been fined thousands of dollars for sneaking two beef sausage McMuffins and a ham croissant into Australia.

Passengers returning from Indonesia have been facing tougher biosecurity checks, after the detection of foot-and-mouth disease (FMD) in cows in Bali.

The highly contagious disease, which is yet to reach Australia, affects cattle, sheep, goats, and pigs, and the virus would have severe consequences for the nation’s animal health and trade.

A biosecurity detector dog at Darwin airport sniffed out the fast food meat products in a passenger’s backpack last week, with the traveller fined $2664.

The pork and beef snacks were seized and will be tested for foot-and-mouth disease, before being destroyed.

An outbreak of the disease in Indonesia has prompted Australian biosecurity officials to categorise some meat products as “risk items”.

Minister for Agriculture, Murray Watt, said he wanted Australia to stay free of the disease.

“This will be the most expensive Maccas meal this passenger ever has, this fine is twice the cost of an airfare to Bali,” he said.

The passenger was fined for failing to declare potentially high biosecurity risk items and providing a false and misleading document.

“I have no sympathy for people who choose to disobey Australia’s strict biosecurity measures, and recent detections show you will be caught,” Mr Watt said.

“Biosecurity is no joke – it helps protect jobs, our farms, food and supports the economy,” he said.

FMD does not pose a risk to human health, but it causes painful blisters in cattle, sheep, pigs and goats and could result in animals being slaughtered en masse to eradicate the highly infectious virus.

The disease spreads between animals via their breath, through contact with the blisters,and through infected milk, semen, faeces and urine.

The virus can also live on vehicle tyres, clothing and footwear, which is why stricter biosecurity measures are being put in place for travellers returning from Indonesia.

“Passengers who choose to travel need to make sure they are fulfilling the conditions to enter Australia, by following all biosecurity measures,” Mr Watt said.

A domestic outbreak could decimate the Australian agriculture industry and cost the nation an estimated $80 billion over several years.

The federal government in June gave biosecurity a $14 million boost, adding more detector dogs at Darwin and Cairns airports, and rolling out sanitation foot mats at all international airports. 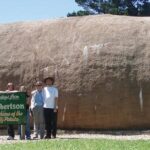 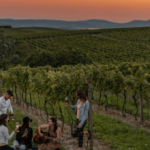