If you’re considering travelling in the next six months, you might want to get going on renewing your passport as soon as possible.

The Australian Passport Office (APO) is struggling to process the volume of applications as Australians renew their passports after two years of pandemic restrictions.

What used to take about 10 working days is now taking up to 10 weeks, and for anyone with tight travel deadlines, the wait is proving nerve-wracking.

The APO is admitting to a four-week backlog, but anecdotal evidence suggests much longer waiting times.

According to the ABC, 1.1 million passports were issued last financial year, with about 800,000 issued since 1 November last year.

Customers are also disappointed by the lack of communication, citing hours-long waiting times on the phone and emails left unanswered.

The government has upgraded its advice for anyone planning on travelling to an area with a monkeypox outbreak.

According smartraveller.com.au if you are in or near an outbreak location or travelling there in the coming weeks, you should:

Monkeypox is an infection caused by a virus in the same family as the smallpox virus, although it is far less severe than smallpox. It usually mostly occurs in central and west Africa and was first identified in laboratory monkeys.

Symptoms of monkeypox include fever, rash with blisters on any part of the body, swollen lymph nodes, headaches, muscle aches, chills and exhaustion.

There have been three confirmed cases of monkeypox in Australia, both from travellers returning from the UK and Europe.

To help prevent monkey pox infections, practise good hand hygiene, avoid rodents and primates, use masks and gloves around infected people and avoid any materials such as bedding that has been in close contact with an infected person.

Keen to get back to international travel despite the risk of monkeypox?

However, it’s worth noting a few tweaks that may affect your travel plans.

Greece will reconsider the restrictions on 1 September if cases spike, although that gives you plenty of time to soak up some Mediterranean sun during our Southern Hemisphere winter. Germany will also reconsider its rules at the end of August.

Israel is insisting on an entry statement that includes personal information, such as a health statement and information on any vaccines.

You might also have to wear a mask in certain situations such as public transport or hospitals. Check local advice. 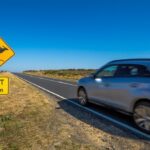 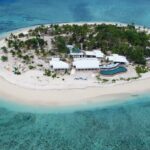