Let’s be honest. Even though you may be one of the shrinking number of Australians who celebrate St Patrick’s Day each year, it’s highly likely that you know very little about Ireland’s patron saint.

But fear not, you’re just one of the many who have little or no idea about Ireland’s biggest national holiday, apart from the fact that it’s a great excuse for a booze-up.

So, to clear up a few misconceptions about the green hero, we thought we’d share a few myths and facts about St Patrick and the day celebrated in his name.

1. St Patrick was not Irish
No, no. He was born to Roman parents in Roman Britain, most likely in Scotland or Wales.

2. He would hate you wearing green
St Patrick’s colour was traditionally blue. It was changed to green after Irish independence in the late 18th century. In fact, ‘St Patrick’s blue’ was considered the symbolic hue of Ireland, as green was considered unlucky.

3. It was once a dry holiday
As with many saints’ days, St Paddy’s Day was a strict religious holiday and, therefore, sobriety was observed with pubs and bars traditionally closing for business on 17 March. When, in 1970, the day was made a national holiday, the pubs reopened, and the green beer and stout flowed forth. 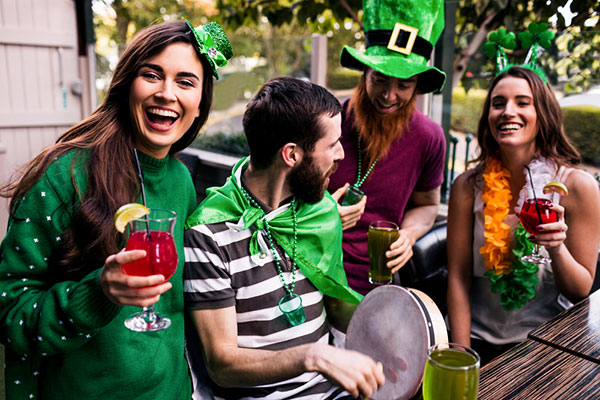 4. He didn’t drive all snakes from Ireland
No, that honour belongs to the Ice Age. There is no evidence that post-glacial Ireland ever had snakes.

5. It could have been St Maewyn’s Day
St Patrick’s birth name was Maewyn Succat, but he changed his name to Patrick when he became a priest.

6. The shamrock is not lucky
St Pat is believed to have used the shamrock as a teaching aid to illustrate the holy trinity. It is also allegedly quite sacred to ancient pagan religions.

7. Sydney celebrates 208th St Pat’s Day
Even though the Irish have only had it as a national holiday since 1970, Sydney has celebrated St Pat’s Day for over 200 years. It was first marked by the Governor of New South Wales, Lachlan Macquarie, in 1810 as a day of entertainment for Irish workers. 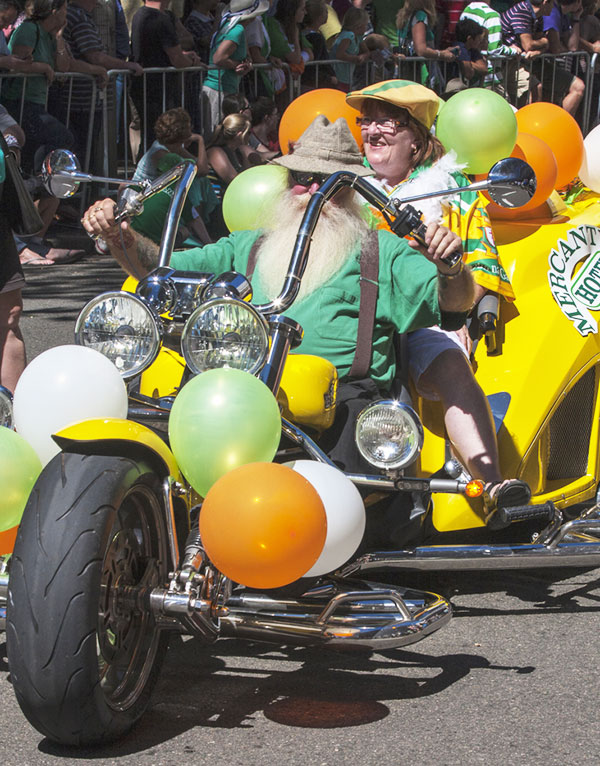 8. Chicago goes overboard
The Plumber’s Union in Chicago actually drops 40 tonnes of green dye into the Kelly River in honour of St Pat. The dye lasts for five hours and is supposedly harmless.

9. Ireland not the first place to celebrate St Patrick’s Day
St Patrick’s Day was first celebrated with a parade in Boston, Massachusetts in 1737. Ireland’s first parade was in 1903.

10. Guinness loves St Patrick’s Day
Around 11 million pints of Guinness are imbibed each St Patrick’s Day, double the usual flow. Reports reveal that the total amount spent on beer around the globe on 17 March is around A$315 million.

Because you shouldn’t drink on an empty stomach, why not team your beer with one of these traditional Irish recipes to help you celebrate St Paddy’s Day. And now that you know a bit more about St Pat, you can test your own knowledge by taking part in this St Patrick’s Day quiz.

Has all this talk of Ireland whetted your appetite to go green? Why not check out the amazing destinations and special deals to travel Ireland?

Did you know all of these facts about St Pat? Do you know any more? Why not share them with our members?