With less than a month to go until the Gold Coast plays host to the biggest event to be staged in Australia in a decade (from 4–15 April 2018) the news is that some tickets and accommodation are still available. So, why not spend the kids’ inheritance and make the most of one of the friendliest games happening in one of the most loved coastal cities in Australia? Who knows, it could be another 20 years before something like this comes along. Here are nine things to make your games experience so much better (and extend the dollar further).

1. There’s a free arts and culture extravaganza set to be as impressive as Games itself
Festival 2018 is 12 fabulous days of diverse entertainment involving more than 1440 artists from 50 countries and offering 35 world premieres and 15 Australian premieres – all held in conjunction with the Gold Coast 2018 Commonwealth Games from 4–15 April. Just as impressive, it’s all free! The two main Festival sites will be at Surfers Paradise and Broadbeach. Check out the Culture Festival Guide or, for the full program for every day of the Festival, visit www.gc2018.com/festival2018.

2. You can cheer on the Queens Baton Relay
Catch the fever of the games in the final days leading up to the opening ceremony by cheering on baton bearers between Brisbane and the GC. To see the street-by-street route of where the baton is heading across Australia, check out the Queen’s Baton Relay Map. 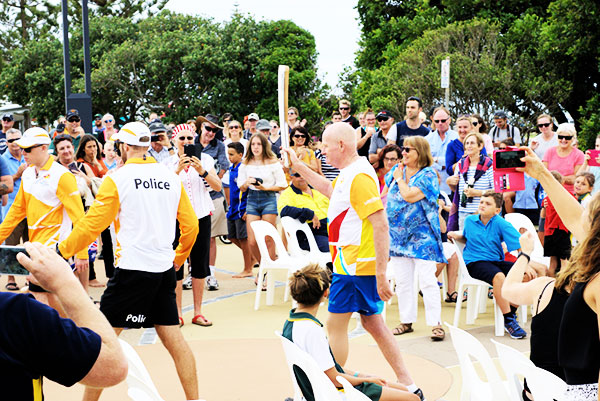 3. You can rub shoulders with sporting royalty all year round
Robbie McEwen’s name might ring a bell. You know, the guy who won three Tour de France green jerseys and represented Australia at three Olympic Games. He’s hung up the lycra in a professional sense and is now churning our winning coffees at his own Miami-based café, Piccolo Espresso. For four bucks, you can meet your own champion.

4. You can roll like a champion
Barefoot bowls on a Sunday afternoon with a cold bevvie in your hand equals bliss. Broadbeach Bowls Club will be the home for the Commonwealth Games Lawn Bowls competition and it is only metres from the beach. They’re normally Sunday sessions from 9am to 9pm and you can score two hours of green time for only $7 per person. Clearly, it will be out of action during the games period, but the Gold Coast offers heaps of greens to roll the ball.

5. You can see it all … from the sky
The Commonwealth Games has seen the development of four new facilities (along with upgrades to 12 others) on the Gold Coast including the Gold Coast Aquatic Centre, Gold Coast Sports and Leisure Centre and the Coomera Indoor Sports Centre. The best way to see the transformation of the region as well as the stunning coastline is from the air with Sea World Helicopters.

6. Save on parking and time, and ride the new G-link
Best way to get around the coast is the brand new G-link. Leave the car behind, load up the Go Card and move between the venues like the Aquatic Centre in Southport and the Festival 2018 in Broadbeach. If you’re coming in from Brisbane, the G-link synchs up with the Gold Coast rail line all the way to Broadbeach. 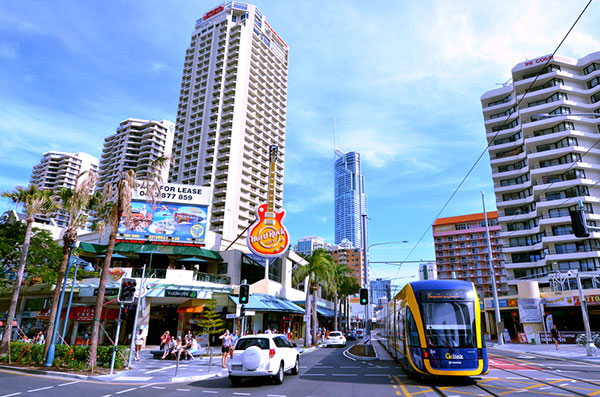 7. All athletes are equal
Unlike the Olympic Games, all para-sports event medals at the Gold Coast 2018 Commonwealth Games (GC2018) will count towards the medal tally for national teams and be contested alongside non-para sport events.

8. Watch it for free
Okay, so you missed out on tickets, or you just want to be there for the vibe. That’s okay, there are plenty of places to catch the sport for free, including the marathon run on the iconic esplanade at Surfers Paradise; the road race walkers going heel-toe along the pretty beachfront at Currumbin, and road cyclists racing the clock in the time trial through the lush green Gold Coast hinterland. All you have to do is line up for free and see it whizz by.

9. Chew with a games view
Some of the best seats at several events could be just a restaurant reservation away. Events including the men’s, women’s and para marathons, the road cycling and the road race walk will go past some of the Coast’s coolest cafes and restaurants and within shouting distance of numerous beachside bars and sun-drenched watering holes. Here are a few to choose from:

Three 60 bar and restaurant, Grand Hotel
Taking GC2018 bookings: Yes … with uninterrupted views across the Broadwater, patrons can choose from the large breakfast menu as the marathon runners go past twice on their way to and from the northern turnaround of the 42km course at Runaway Bay.

Charis Seafood
Eat where the locals get their seafood. As the Games athletes are sweating it out right in front of you, you can chill out with your own feast of some of the best seafood on the Gold Coast.

Seaduction Restaurant + Bar
During Games time, those views will also include the marathon athletes, first heading south and then in the final kilometres to the finish line. This six-star dining experience, where local seasonal produce is showcased in innovative dishes, will be one of the hottest tickets in town during GC2018 for breakfast, lunch and dinner.

Sandbar
With tables on ground level on the Surfers Paradise Esplanade, this popular breakfast eatery with ocean views could be one of the prime venues to taste the Games atmosphere as you tuck into your eggs Benedict. It is so close to the marathon course, athletes might just mistake your freshly squeezed juice as an additional drinks station.

Justin Lane Pizzeria & Bar
This popular eatery with a rooftop space just might be one of the best places to dine while watching marathoners reach the southern turnaround of their gruelling 42.2km journey.

Burleigh Heads Hotel
This will be one of the most popular venues to view the southern turnaround of the men’s, women’s and para marathons (the action takes place right in front of their footpath tables).

Here’s when to be there:

Tickets are still available for other events – for more information or to purchase tickets head to www.gc2018.com