Some of these fun festivals from all around the world will leave you in awe, while others may leave you in confusion. Be warned as these images may incite an urge to travel. 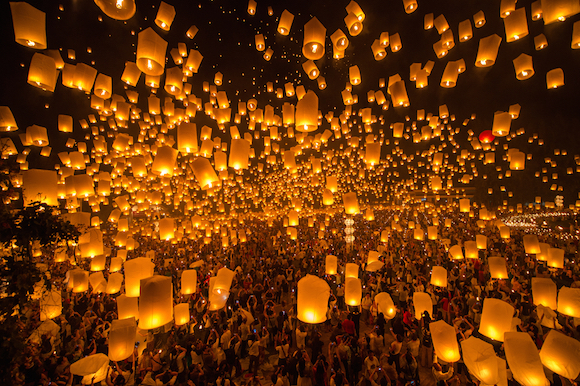 During this festival, thousands of paper lanterns (known as khom loi) are launched into the sky, creating a beautiful display that bears resemblance to a school of luminous jellyfish floating upwards into the night sky. The event takes place at the same time as a similar festival in southern Thailand, where lanterns are placed into baskets and floated on a river. 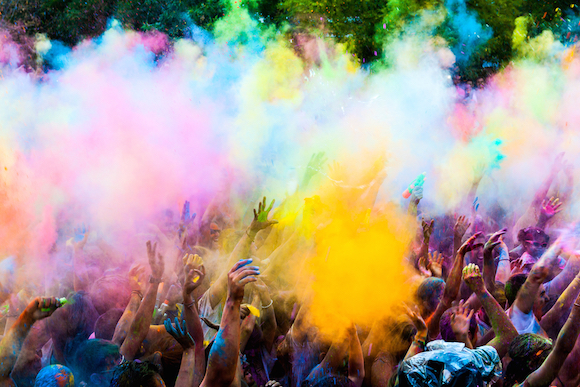 This ancient Hindu festival, often known as the festival of colours or festival of love, is held on the full moon before the vernal equinox. Celebrations begin the night before with giant bonfires that are burned across the nation to symbolize the burning of the demoness Holika, mentioned in Hindu scriptures. The next day follows with a massive celebration where people throw coloured powders at each other for fun, creating a beautiful and colourful palette across the streets and the citizens of India. The festival is full of dancing, music, singing, eating and drinking, all to celebrate the victory of good over evil and the end of winter. In recent years, Holi has been taken up by other nationalities and inspired similar events worldwide that share in the fun loving spirit of the festival. 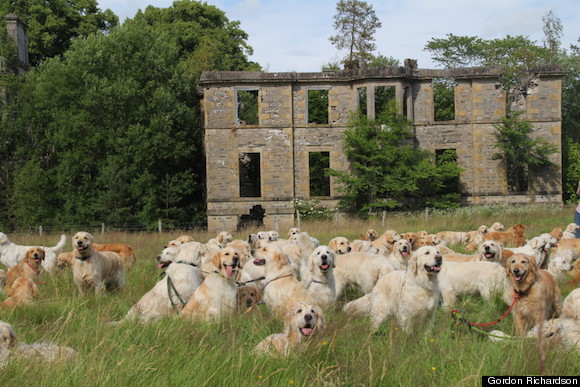 If over two hundred golden retrievers frolicking out in the Scottish countryside doesn’t excite you, then maybe the historical significance of the event will. This gathering of golden retrievers takes place at Guisachan Estate, a beautiful 1600-acre estate that is notable for where the golden retriever originated. Lord Tweedmouth built the estate in the 1850s and shortly afterwards began methodically breeding the golden retriever. The dog, originally bred to retrieve fowl shot at long distances, is now one of the most popular dogs around the world, and the fifth most popular breed in Australia. 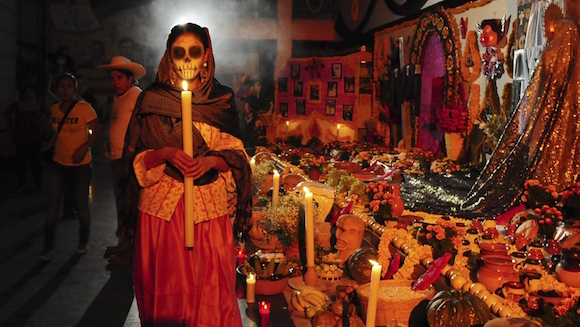 Dating back possibly as long as 3000 years, the Day of the Dead takes place from 31 October to 2 November. During this time, altars are created and decorated, while people pray and remember friends and family members who have died. 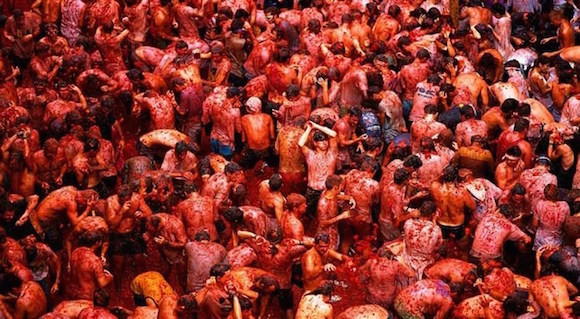 While nobody knows for sure how La Tomatina started – theories include juvenile antics, a practical joke and an attack on city councilmen – on 29 August 1945, locals in Buñol, Valencia, Spain somehow wound up in a big tomato fight. In the following years the tomato fight was repeated, often ending with the intervention of law enforcement, until 1957, when the festival became an official event. Today the festival is an icon for the town that has a modest population of about 9000 people but is visited by over 30,000 each year for La Tomatina. Over 115,000kg of tomatoes are thrown yearly.

The next festival takes place in Japan annually, and is quite strange. This odd festival is a celebration of all things phallic. Originating from a legend about a demon that hid inside the body of a young woman and then castrated two young men on each of their wedding nights; the woman then sought out a blacksmith for help. The blacksmith crafted an iron phallus that was used the break the demon’s teeth.

The festival has grown over the years and is now a large tourist attraction that raises money for HIV research. 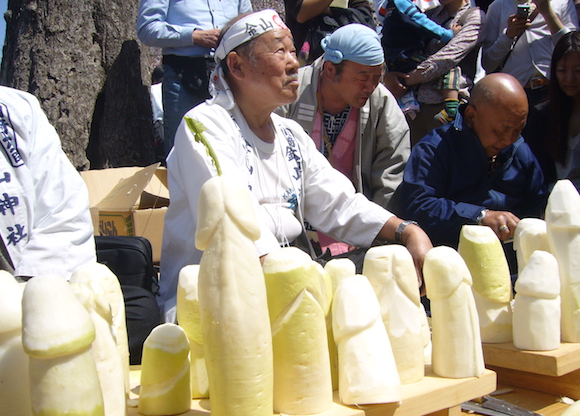