There are some foods that will always be Australian favourites.

Fairy bread, a vanilla slice, lamingtons, Anzac biscuits and Vegemite toast will forever be etched into the national psyche.

Let’s face it, we can get most of that at home, but sometimes it’s worth travelling for the best examples. From the big cities to off-the-beaten gems, we find some of the best for you to enjoy on your next holiday.

So why not plan your next adventure about tasting some Australian classics on your way.

Smashed avo has been keeping young people out of housing for a while now but it’s still a favourite despite the millennial guilt trip.

Why not try the offering at Stephano’s Café in Mildura, Victoria with marinated Persian fetta and house-made sourdough? Avocados are one of the staple crops of Mildura, so buying close to the source makes sense. With celebrity chef Stephano directing in the kitchen you can expect perfection every time.

Enjoy a seat in the cavernous café that sometimes doubles as a gallery, or under the vine-covered in shelters outside.

Don’t just take our word for it, the Bridgewater Bakehouse, Victoria has won the Great Australian Vanilla Slice Triumph twice. Crunchy pastry tops and bottoms creamy custard for a delightful dessert. Their pies are pretty good too.

Australians have embraced laksa like a prawn to a spicy noodle soup and some of the best are found in Darwin.

While it’s true Darwin is technically a capital city of the Northern Territory, so strictly speaking not off the beaten track, anyone who has travelled to Darwin will know it’s still just an outback town with ambition.

There are stands at the Mindil Beach and Parap markets with lines that snake around the stalls, but if you need a laksa fix out of market hours Chow! in the waterfront precinct might be your answer.

Read: Here’s what you should always pack in your carry-on bag

I did find Australia’s best lamington at the Eagle Farm Market in Brisbane but the stall seems to have shut down. They were the size of your head and had a thick layer of jam and cream in the middle. Not ideal in Brisbane’s heat, which may have something to do with why they are no longer there.

However, if you need a fix of a fancy lamington, Flour and Stone in Sydney can help you out. At $9.50 or $56 for a gift box of six they would want to be sensational and judging by the reviews of their devoted followers they are.

A warning for purists though, they do come with jam in the middle. If that has you clutching at your pearls, best look elsewhere.

The judges have called it, Rolling Pin Pie and Cake Shop in Queenscliff, Victoria, was judged the top pie maker in all the land in Australia’s Best Pie competition for 2022.

Rolling Pin won with its mushroom and truffle pie. It’s a third win for Rolling Pin, so it must be doing something right.

If mushroom and truffle sounds a bit fancy for you, the winner of the plain beef pie was Four Seasons Patisserie and Bakery, Wycombe, Perth, Western Australia.

Not a competition winner, but they should be at Beefy’s Gympie, Queensland. Great range, plenty of gluten-free options and you can take cold ones home for reheating.

Read: Where wearing swimwear could cost you $745

Frankly, we are not going to get into what the actual best chicken parmigiana is. It’s a topic that has launched a thousand websites and a million more arguments.

However, for the atmosphere alone, try the Wandiligong pub, just out of Bright, Victoria.

It’s a cracking pub in the heart of snow country and a favourite of locals, so book well in advance.

Meals are generous and the parmi superb. Get on to it.

Good in winter, but better in summer outside under the trees.

Another one where the argument for the ‘actual’ best offering may take a lifetime, but for a sheer out-of-the-way, travel-worthy destination why not try Kangaroo Island Fresh Seafoods, in South Australia?

Don’t let the fact that it’s located in a petrol station put you off, this is a classic fish and chip shop.

It regularly rates five stars and has repeat customers out the wazoo.

There is a great selection of fish, you can have them crumbed, grilled or battered and the side salads and chips are delish.

And if by any chance a petrol station isn’t your favourite atmospheric destination, just stroll across the road and enjoy them by the sea. 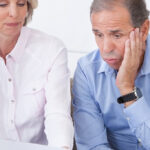 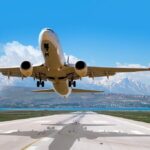