The locals of Sorrento in Italy are upset and, according to mayor Massimo Coppola, it’s because tourists are walking around town in swimwear and baring their torsos.

Italian officials are warning tourists that they could face hefty fines if they are caught wearing bikinis in the town. The rules also apply to men walking around without shirts. If you are caught disobeying the rules, you could be fined up to $743.

Sorrento is a coastal town in southwestern Italy, facing the Bay of Naples on the Sorrentine Peninsula. Perched atop cliffs that separate the town from its busy marinas, it’s known for sweeping water views and Piazza Tasso, a cafe-lined square. The historic centre is a warren of narrow alleys that twist and turn past shops, bars, hidden gardens and historical buildings.

The Mirror reports that the crackdown is due to skimpily clad holidaymakers making others feel uncomfortable.

Mayor Coppola announced the ban, saying: “No more with the indecent behaviour. That’s why I signed the ordinance that prohibits people from walking around with a bare chest as well as in swimming suits.

“These types of behaviours can be considered as a cause for unease and discomfort for both Sorrento residents and tourists,” he said.

“In this way we want to protect and improve the worthiness of living, quality of life and the decor inside the city centre and public spaces.”

He added that those walking around in bikinis or topless were “seen by the majority of people as contrary to decorum and to the decency that characterises civilised cohabitation”.

The mayor continued: “The continuation of this situation, as well as causing discomfort and unease in the resident population and among visitors, could lead to a negative judgement on the quality of life in our town, with consequences for its image and for tourism.”

The rules will be enforced by local police patrolling the streets, according to The Times.

Sorrento is not the first city to enforce such bans. Pub crawls are banned in some cities, including Rome, and it is illegal to take photos of official buildings and military areas.

Other coastal hotspots have imposed similar rules around clothing, such as Praia a Mare in Calabria, where walking barefoot and wearing inappropriate clothing is forbidden. 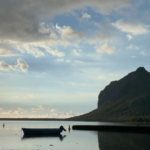 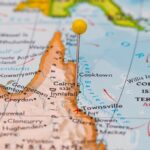