It’s a bucket list perennial but an African safari wasn’t on Kay O’Sullivan’s radar, now she can’t wait to go back.

The leopard, sleek as she is beautiful, picks a path along the dirt-dry creek bed. She stops in front of us just metres away and begins to scrape leaves and branches over her kill, a young African deer. The carcass covered, she settles down beside it and preens herself with the meticulous care she afforded her hapless prey. 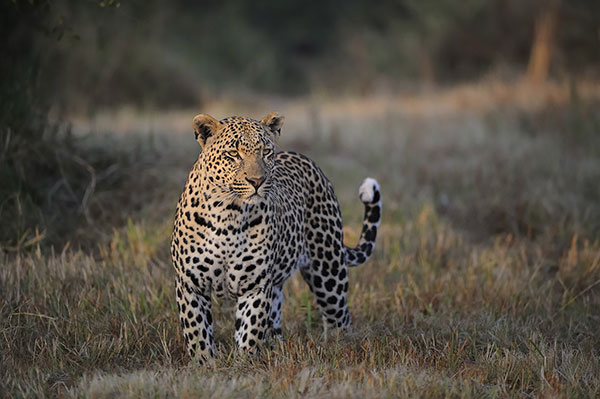 Suddenly, she looks up, alertness infusing every sinew of her body. She clamps her jaws around the deer’s neck and with effortless grace bounds up a nearby tree. A tree, I might add, that is more than 3m high. The manoeuvre takes less than three seconds and ensures the leopard and her prey are safe from whatever danger is lurking below in South Africa’s Kruger National Park.

Sabi Sabi Game Reserve ranger Ryan de Beers shines a beacon into the darkening reaches of the scrub around us. Nothing. Or at least nothing that we mere mortals can see or smell from our vantage point on the banks of the creek. Probably a hyena, the fierce enemy of the leopard, explains de Beers. Whatever, her cubs will eat tomorrow now. 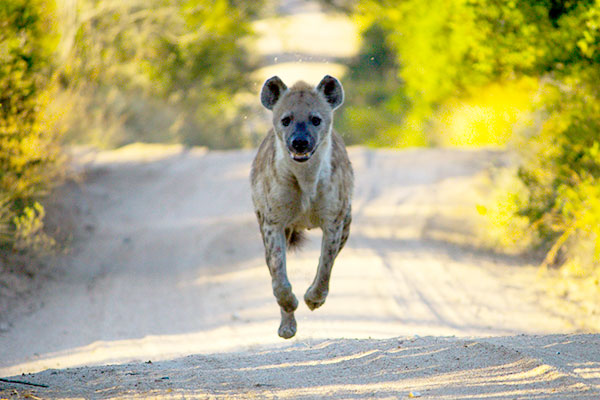 If the show put on by the leopard is one of the most thrilling moments in the national park, the most gut-wrenching occurred an hour earlier when we came across lions ripping apart a freshly killed buffalo.

The crunch of tooth against bone is something I will never forget, however hard I try. The sight of the burly buffalo being reduced to mush even more confronting. Not one of our group of five is sorry that we have missed the kill. But still we couldn’t take our eyes away from what we were witnessing: The animal kingdom’s circle of life being played out in one of its grandest settings, the Savannah plains of the park. 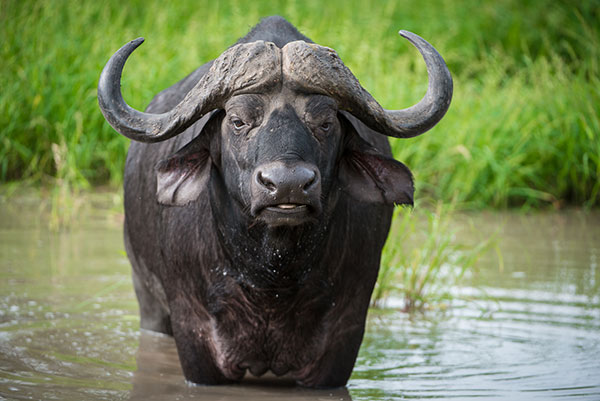 Everyone who has been on safari in Africa dreams of seeing the big five – lion, rhinoceros, elephant, leopard and buffalo. Many leave disappointed. Not me. I saw them all and so much more. Three words for this: Location, location, location.

Sabi Sabi Game Reserve occupies 64,000ha in the southwest of Kruger. The word Sabi means fear in Shanghaan, the language of the local Tsongan people. There are many reasons it’s repeated for Sabi Sabi. Big five aside, the game reserve is home to more than 300 species, including crocodiles, hippopotamuses, hyenas, warthogs, jackals, painted dogs and snakes.

Which is why the rangers always carry a shotgun when they take guests on safari. Not that anyone can remember when a gun was needed. Remarkable really, given how often you are within metres of earth’s great predators without any protective barriers.

The animals are so used to the open-topped Land Rovers that ferry guests around Sabi Sabi, they don’t feel threatened. Ranger Ryan does warn us not to stand up or let any body part dangle outside the vehicle. That is a game changer for the animals. I don’t need to be told twice. 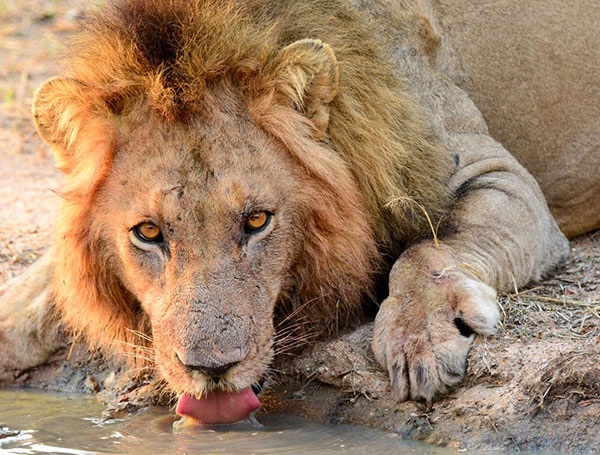 The animals’ habits dictate the daily itinerary on safari. Every creature, whatever its form, goes into hiding when the African sun is at its fiercest. Winter or summer, the twice-daily safaris, coincide with dawn and dusk. Both times deliver bonus extras beyond the animal sightings – a blood-red rising sun spreading a haze of pink over the savannah, and sunset drinks served from the bonnet of the Land Rover. 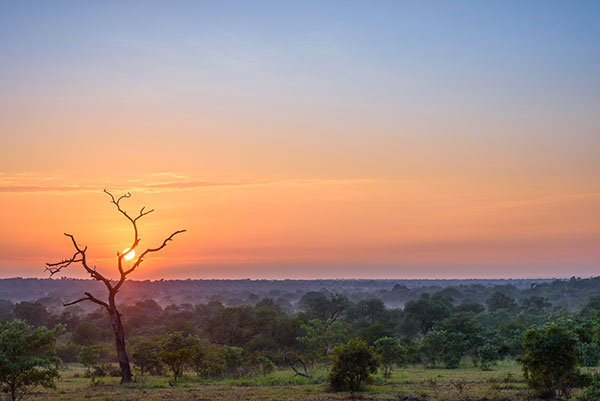 On each game drive, we are accompanied by Candy Hlatshwayo, one of Sabi Sabi’s team of local trackers. His skill in locating animals borders on the magical. A blade of grass trampled a certain way, birds doing things they shouldn’t at a particular time of day, the merest trace of a print in sand are his tools and they were handed down from his father and grandfather, both trackers at Sabi Sabi before him. Candy conjures up innumerable enchanted moments: A herd of zebras mingling peacefully with buffalo, rhinoceroses emerging from a dam, their armour plating glistening in the sun, a pride of lions snoring under trees, vultures swooping and soaring, a giraffe so close we could touch her … if we were allowed to put our hand out beyond the Land Rover’s perimeter. 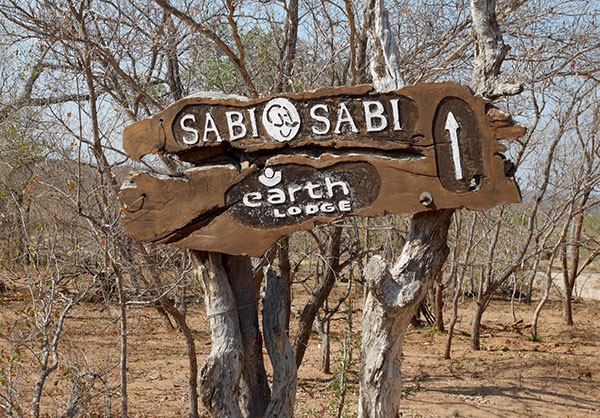 Sabi Sabi is one of the original, privately-owned game reserves in Kruger National Park, perhaps the most famous of South Africa’s vast open spaces. The park was created in 1898, the lodge in the 1920s. It is still family-owned. None of the four lodges spread across the reserve are fenced off. At Earth Lodge, the most modern of Sabi Sabi’s lodges built from the African earth and trees, I wake to see elephants and hippos drinking at the dam 100m away. There is a passing parade of deer, springboks and kula, galloping across the savannah in front of the lodge. One guest who reported hearing a kerfuffle outside her room during the night was told it was the playful sound of three lions near her lodge. Which is why each guest is escorted to and from their suites at night.

Much has been written about the effect Africa has on those who find their way there. It would be a jaded soul or a hard heart that could remain untouched by the land and its inhabitants. Remarkably, I had never been tempted to travel there before an airline bargain presented itself to me. Now it is never far from my travel thoughts.

Only my patriotism keeps me from telling you that the plains of Kruger National Park are a serious rival for our wide brown land. I cannot think of any higher recommendation.

Click NEXT to see more of Kay’s amazing safari photographs 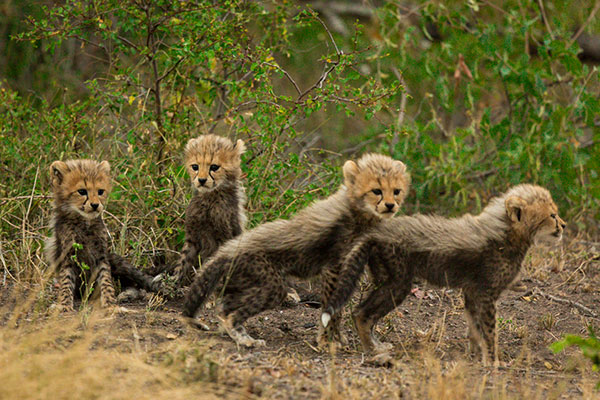 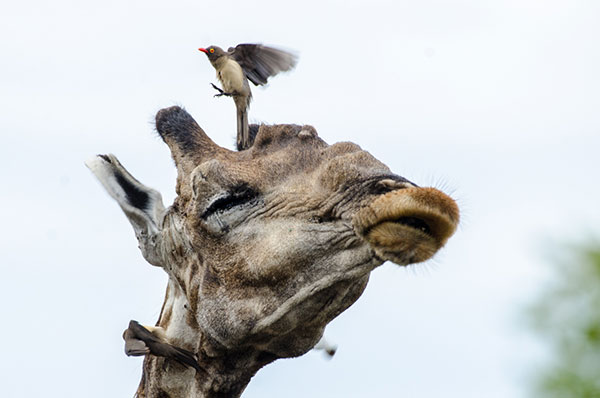 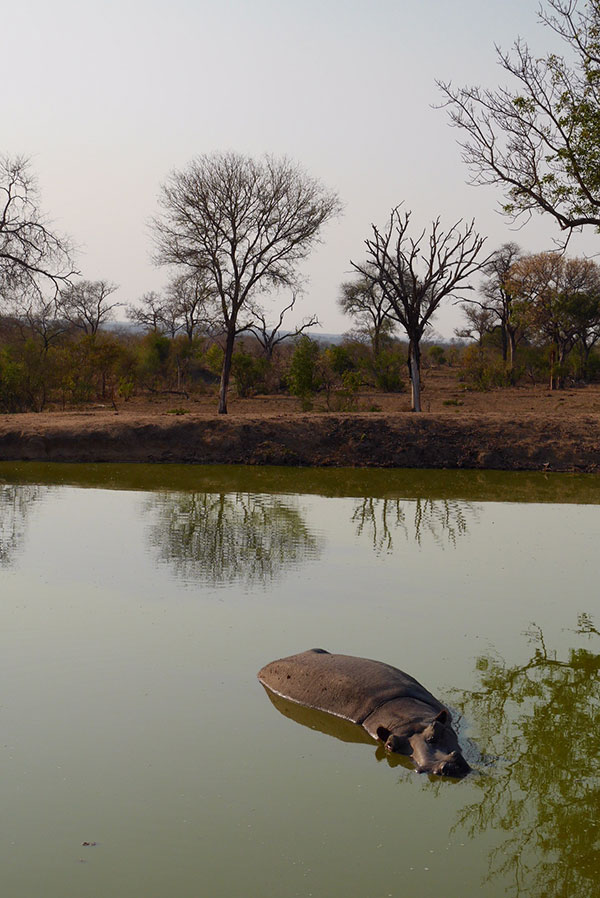 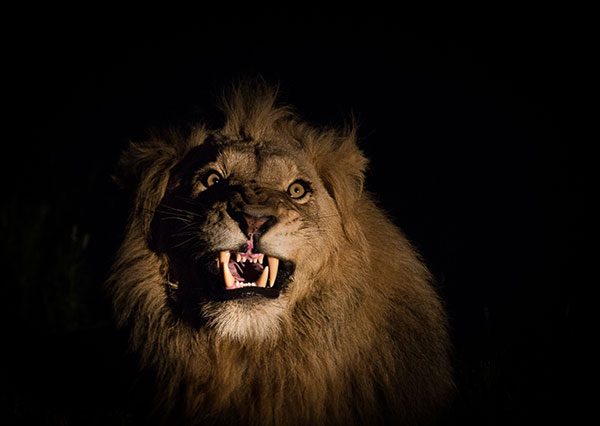 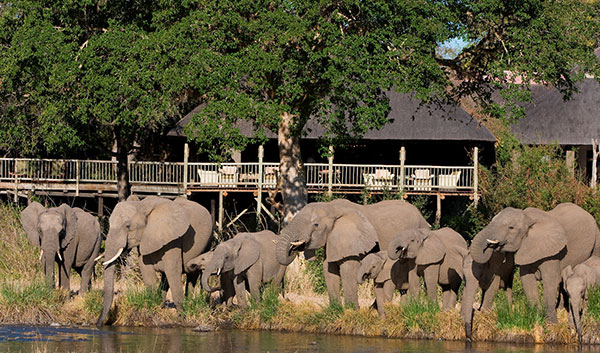 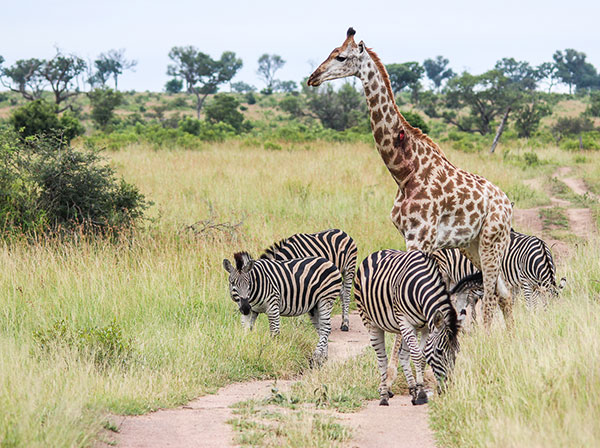 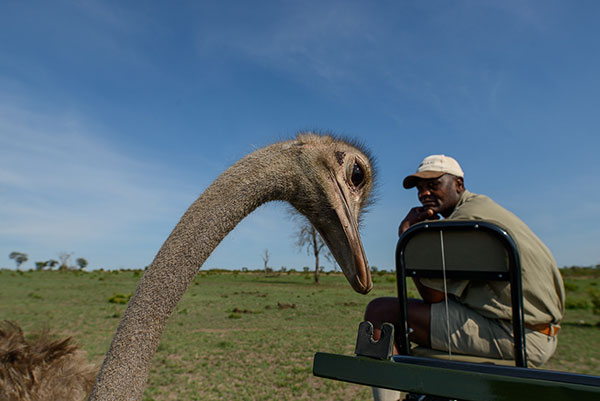 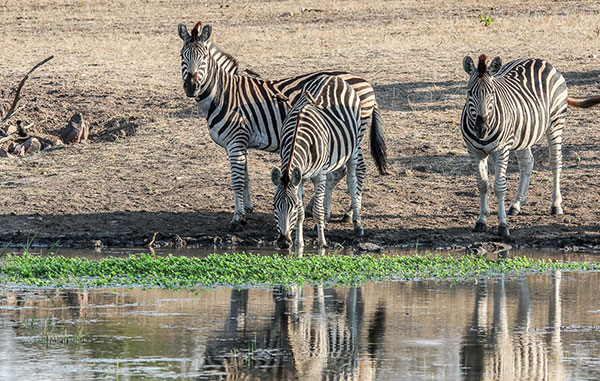 Getting There
Federal Air and Air Link have daily flights from Johannesburg and Cape Town to airports in Kruger NP.

Our seven unusual wildlife cruises are perfect for those who wish to get back to nature.

See the ‘big five' on safari with the Seniors Holiday Travel Team.