We all wish we could take a seat at the pointy end of the plane, but the truth is, it’s bloody expensive.

But there may be a way to ensure that you receive VIP service without forking out a first-class fare.

According to flight attendant Annie Kingston, sitting near the back of the plane will ensure you receive the most attentive service.

“Most passengers tend to choose seats that are at the front of the aircraft, so that they can disembark first and have a better chance of securing their preferred meal option, but flight attendants know that if you’re sitting towards the back, you’ll receive the most attentive service,” says Ms Kingston.

“The reason is simple: We like to avoid responding to call bells from the front of the plane because answering one means potentially flaunting whatever item the passenger has requested to everyone else along the way. For passengers sitting near the back of the plane, however, it’s much easier to slip in that second mini bottle of wine.” 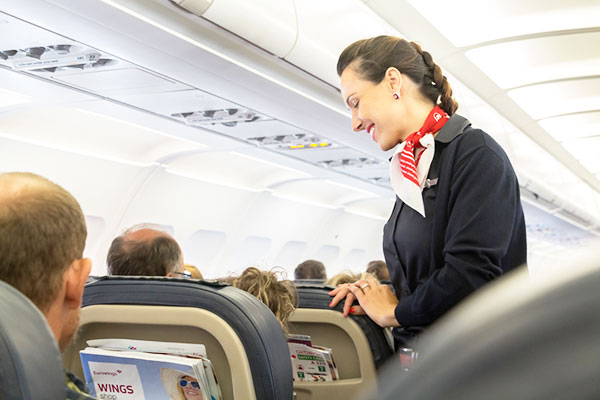 Other flight attendants who spoke to HuffPost agree.

“We hate when passengers ring their call button, because then everyone else sees you and suddenly wants something too,” said a flight attendant for a U.S. airline, who asked not to be identified because the company has not authorised them to speak with the media. “But when I’m working in the back, the person in the last row can turn around and kindly ask for another drink, and I have no problem handing it off to them because I’m right there.”

Founder of Fly Guy, Jay Robert, thinks the back of the plane has a more easy-going atmosphere, too.

“Another reason we give better service at the back is if there are empty seats, that’s where they will be. When a part of the cabin isn’t full, we will tend to be more relaxed and more likely to have fun with the few passengers sitting there,” said Mr Robert.

There are other ways to curry favour with your flight attendant, such as smiling, engaging them with brief conversation, maybe passing along a gift, such as chocolates or magazines, or simply calling them by their name.

Do you know of other ways to receive special treatment when you fly? Where do you like to sit on the plane?

Related articles:
Don’t be a pain in the (air)se
10 things cabin crew hate about you
Six surprising onboard requests