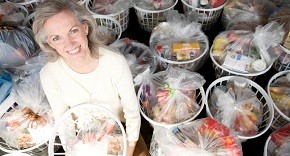 Much ado is made about the contribution of the mining industry to our economy, but when push comes to shove, it’s the selfless volunteer who is more valuable.

A study undertaken by researchers at the University of Adelaide has found that volunteering in Australia now has a monetary value to the country’s economy which is similar to that of the mining industry.

Using a conservative value of $7 per hour, the study found that the value of volunteering is estimated at more than $200 billion per annum. According to researcher Dr Lisel O’Dwyer, volunteering economic contribution to Australia outstrips revenue sources from mining, agriculture and the retail sector.

“More than 6.4 million people volunteer their time in Australia, which is double the number in 1995. With the looming retirement of the first wave of baby boomers, the number of volunteers is likely to increase at an even more rapid rate,” Dr O’Dwyer says.

Dr O’Dwyer’s research findings form a chapter in a forthcoming book, Positive Ageing: Think Volunteering, which will be published by Volunteering SA & NT later this year.

To find out more about the study, visit The University of Adelaide.