We have seen many changes in Australian’s consumption of media during isolation.

There has been an increase in television viewing; cinemas were forced to close (although some have crafted a new approach); Hollywood release dates were postponed or shifted to streaming.

Across the world, there was also another surprising change: a resurgence of the drive-in. Attendance in South Korea boomed. In Germany, you could attend a drive-in rave. In America, there was even drive-in strip clubs.

With rules against ‘unnecessary travel’, Australia’s drive-in cinemas were forced to close. With a heightened sense of personal need to social distance, even as more cinemas across Australia start to reopen, is it time for the drive-in to shine again?

The beginning
The drive-in phenomenon began in the United States. Richard M. Hollingshead Junior, whose family owned a chemical plant in New Jersey, initially commenced tests in his driveway in 1928, before opening a drive-in on 6 June 1933.

It ran for only three years, but was the start of a trend that spread throughout the country – and then the world.

Australia’s first drive-in would not open for another 20 years.

The first drive-in in Australia, the Skyline, opened on 17 February 1954, in Burwood, Victoria, with the musical comedy On the Riviera. The first night created traffic jams, as 2000 cars vied to gain access to the 600 spaces. 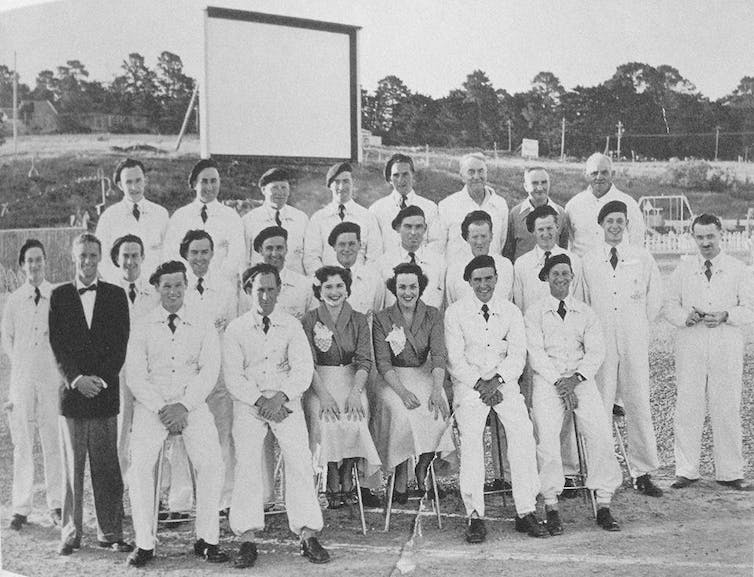 The first staff at the first drive-in in Australia, 1954. cinematreasures.org, CC BY

The Argus dedicated a two-page feature to the opening, calling it:

probably the most interesting development in entertainment here since the advent of sound pictures, the drive-in theatre provides the ultimate in relaxation and comfort for movie patrons.

Unlike the cinema, said The Argus, there was no need to dress-up: slippers and shorts were fine. Drive-in patrons could smoke, crack peanuts, and knit “to your heart’s content”.

Not everyone was happy with the introduction of the drive-in in their neighbourhood. Later that same year, a resident of Ascot Vale wrote to The Argus against a local screen:

Surely the experience of people in the Burwood district should be sufficient to prevent similar mistakes being made in other districts. The place for these latest improvements in our cultural life is well beyond outer boundaries.

The rise …
Within a year from the opening of the Burwood Skyline, another three drive-ins in Victoria and one South Australia opened. Within 10 years, the number reached 230 across the country. At its peak there were 330 drive-ins in Australia.

The uptake and success of drive-ins in Australia corresponded with the increase in car ownership in Australia. As more people owned cars, the whole family – even kids in pyjamas – could jump in and enjoy a night out. Parents didn’t need to find a babysitter, nor worry about their kids disturbing other patrons. 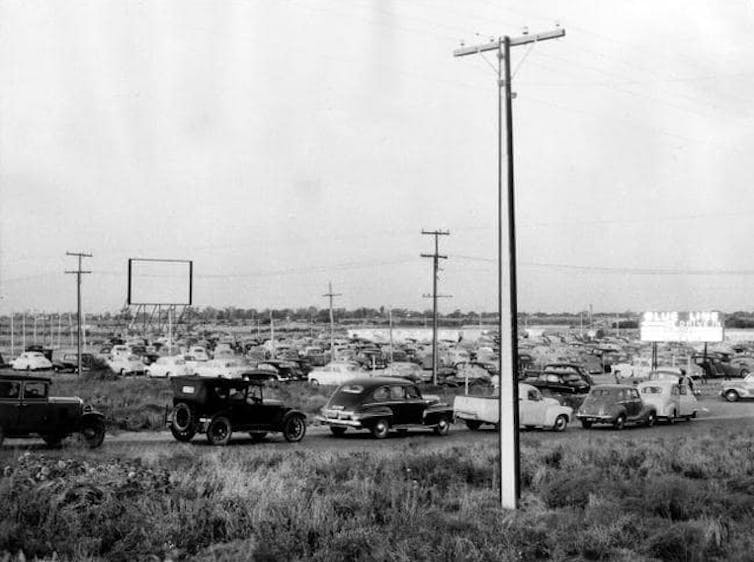 Cars would line up around the block to get a space. cinematreasures.org, CC BY

I have fond memories of growing up during the 1980s and 90s in Shepparton, Victoria, and attending the Twilight Drive-in Theatre. I vividly remember the large white screen at the front with the playground directly underneath, and the kiosk in the middle of the lot. And who can forget the large speaker you had to attach to the window?

But, like many, the Twilight Drive-in closed to make way for a shopping centre.

… and the fall
There is no one villain we can point to in the downfall of drive-in popularity.

In the 1970s, there was a new addition to TV: colour. Australia had one of the fastest uptakes of colour television, taking a third of the time compared to the United States to reach a 60 per cent saturation rate. The rise of the VCR in the 1980s allowed even greater flexibility in viewing films at home.

Daylight saving was also introduced in the 1970s, restricting the hours drive-ins could operate during the summer.

Drive-ins were affordable to run because they were generally on the suburban fringe. As Australia’s cities grew, land value also increased; using this land for a cinema was a less attractive proposition than development. 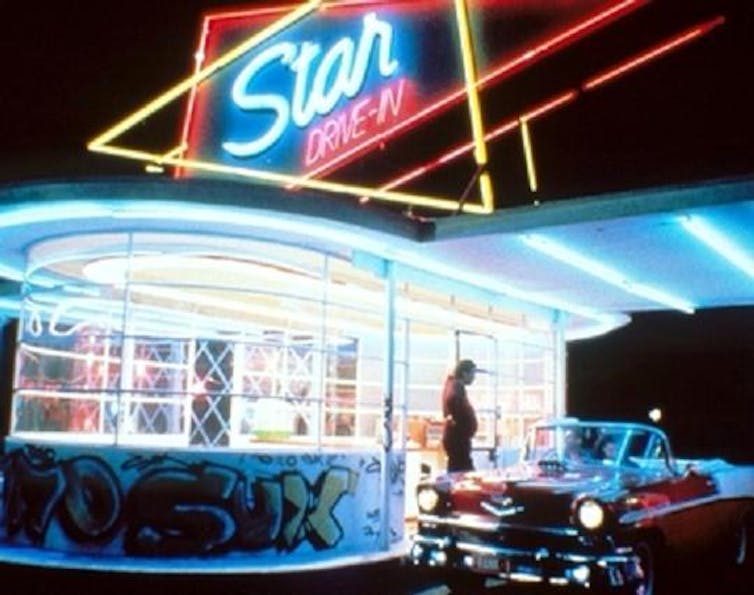 By the 1980s, drive-in cinemas were already on the way out. cinematreasures.org, CC BY

There are now just 16 drive-ins running across Australia, and only 330 in the United States – down from their peak of more than 4000.

A viral resurgence?
The Yatala Drive-in on the outskirts of the Gold Coast reopened in early May. More recently, the Lunar Drive-in in Dandenong reopened on 1 June. Even in the pouring Melbourne rain – normally a sure sign people will stay away – the audience came. 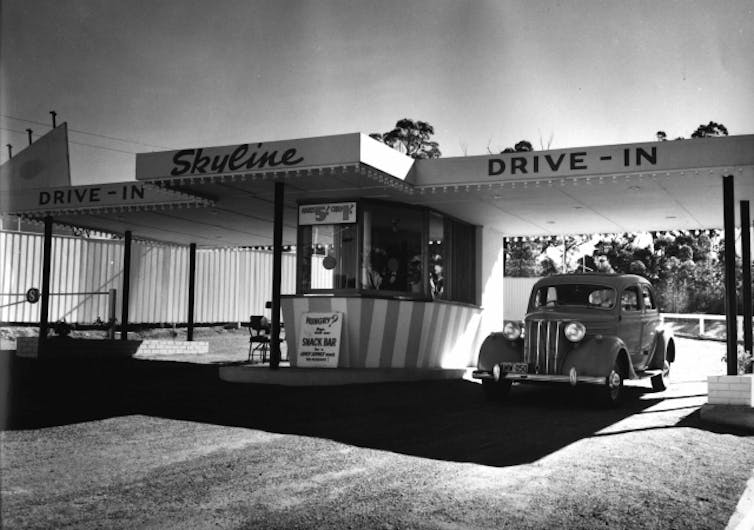 Is it time to get back into the car and watch a film? cinematreasures.org, CC BY

As our lives begin to return to ‘normal’, and more states and territories allow people to return to indoor cinemas, will drive-in attendance continue? I hope so. Experiencing media across different screens provides us with new experiences and new memories which can be far greater than just the film on the screen.

Drive-ins offer us a glance into Australian history, a hit of nostalgia, and, of course, the simple act reviving our love of the silver screen.

Why going to the cinema alone is the best

It's traditionally a group activity, but here's why you should try watching a new release alone.

Hollywood's master of suspense did film a little differently.