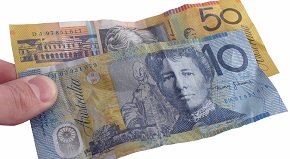 Under the new ‘three-year rule’ the Australian Securities and Investments Commission (ASIC) has reported that it has collected more than $360 million from 80,000 dormant bank accounts. The Commission holds funds from such accounts with a balance of $500 or higher. The previous Labor Government, more than halved the status of ‘inactive’, meaning an account not accessed for three years would have its funds taken by ASIC.

Assistant Treasurer Senator Mathias Cormann is said to be considering changing the three-year limit to a five-year limit. The Australian Banking Association (ABA) is pushing for such a review, stating customers’ inconvenience is the main reason to keep the accounts open longer. Consumer group, Choice, sees the banks’ pressure on the Government differently, stating that consumers can claim lost funds, and it is revenue from the fees on accounts which the banks really wish to protect.

With banks set to lose fees, this was always going to be contentious legislation. But your money is not ‘stolen’, just in a different place. So how do you claim it back?

As Rachel reported in February, this legislation was rushed through, probably to bolster the Labor Government’s electoral chances. But consulting the ABA isn’t necessarily the best way to test the water. Naturally the ABA has the big banks’ interests at heart – and holding customers’ cash for an extra two years, merrily charging account services fees, is a bit of a no brainer. As stated above – the money is still YOURS to claim.

Visit the MoneySmart website and follow the prompts – taking note of the many ways of entering your name possibilities, whether family name, family name and initials and/or birth name. You can quickly see if your funds are there, and if so how to claim them back.

And as Rachel also mentioned, making sure you transact at least annually means this will never become a problem – ensuring that you and your cash will NOT be parted.

What about you? Have you lost your savings to ASIC? Have you tried to claim it? Did you get it back? Are the banks right and should this be pushed back to five years, not three?