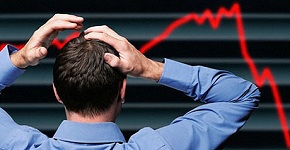 The controversial hoax by environmental campaigner Jonathan Moylan has received a ‘thumbs up’ from Greens leader Christine Milne.  On Monday Mr Moylan of Frontline Action on Coal issued a fake media release from the ANZ bank stating that the financial institution had reneged on a loan agreement with mining company Whitehaven.

The release sparked panic amongst shareholders in the company, of which struggling coal baron Nathan Tinkler is the biggest, and many moved to offload their investments to minimise their risk. The result was a drop in the company’s share price from $3.52 to $3.21 before trading was halted.

Greens’ support for Mr Moylan’s actions initially came from Senator Lee Rhiannon who tweeted, “Congrats to Jonathan Moylan, Frontline Action on Coal, for exposing ANZ investment in coalmines”. Greens leader Christine Milne reinforced the message behind Ms Rhiannon’s tweet saying, “Companies that are driving climate change will increasingly come under scrutiny and be exposed for their investments and actions, and Jonathan Moylan is drawing attention to the companies. As with asbestos and tobacco, coal is going to come under increasing pressure.”

Both statements appear to go against the Greens new platform of policies which are aimed at appealing to new constituencies and portraying the Party as being less extreme in an election year.

Mr Moylan is seeking legal representation before responding to calls from the Australian Securities and Investment Commission (ASIC). When asked if he had any concerns about lying to the public, Mr Moylan responded, “Our primary concern is the impact of this mine on the environment at the end of the day.”

Opinion: For the greater good

Jonathan Moylan’s actions in creating a hoax press release from the ANZ bank were initially met with a spattering of applause. How clever to attack one of Australia’s largest banks and a mining company in order to promote the plight of our environment. In a week where most of the country is experiencing extreme weather conditions attributed largely to climate change, his timing couldn’t have been better.

Whether the radical front man of Frontline Action for Coal will face legal charges for his actions remains to be seen. ‘Ballsy’ Mr Moylan is yet to answer any calls from ASIC and defend the legality of his stunt.

On the face of it, his hoax was aimed at exposing ANZ’s investment in the coal mining industry and the environmental impact of coal mining. All well and good, but surely as a financial institution ANZ has an obligation to support investment in Australian industries, of which coal mining, whether you like it or not, is a significant player? And yes, no one likes to see fat-cat mining bosses get rich from selling off the country’s resources, but mining is one of the few growth industries in Australia at the moment.

Many mum and dad investors lost money thanks to Mr Moylan’s actions, whether through their own sharemarket choices or super fund and pension investment options. For five years small investors trying to boost their retirement income have ridden the waves of highs and lows in the sharemarket and will no doubt be expected to just accept this latest blip.

While many may be happy to commend Mr Moylan for taking a stand for what he believes, spare a thought for those innocent bystanders who have been hit where it hurts – their hip pocket.

Is Mr Moylan a hero? Should he face legal action? Have you been affected by the fall in the Whitehaven share price?