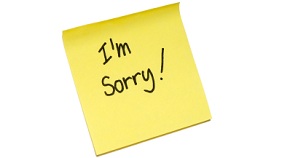 Just over a week since Minister for Families Jenny Macklin was caught on the hop and said that she could live on $35 per day, she’s apologised for her “insensitive” comments.

When asked at the start of the year if she could live on the $492 per fortnight single parents will be forced to do once their youngest child reaches eight years of age, Ms Macklin responded “I could”. As the comment was excluded from the official transcript, this caused many to attack the Minister for not only the initial comments, but also the cover-up by her office. The comment was clearly captured by the media outlets covering the story.

Regarding her response, the Minister for Families said, “I do acknowledge that my remarks were insensitive and I’m certainly very sorry for that. I do understand that it is very hard to live on a very low income, including unemployment benefits.”

The apology follows calls from former Prime Minister Kevin Rudd for the Government to “show a bit of heart and do more” to help Australians struggling to get by. Mr Rudd said on Friday that the abandonment of the surplus promise gives the Government an “opportunity to attend to some pretty basic social needs.”

With some time to absorb the response to her comment that she could live on $35 per day, Minister for Families Jenny Macklin has taken the unusual step of apologising for her gaffe. Attacked by the media, opposition politicians and even her own party, Jenny Macklin has reflected on her “insensitive comments” and decided that ‘sorry’ doesn’t need to be the hardest word.

Kevin Rudd led the charge from within the Labor ranks, no surprise there, by calling for his party to “show some heart” and use the abandonment of the surplus promise to help those living on benefits. The Greens announced that they would move a bill to raise the Newstart, Abstudy and Youth Allowance rates by $50 per week. And those who will be forced to live on the $35 per day have protested outside the Minister’s constituency office. Ms Macklin was left in no doubt that sorry was the least she could say.

While it’s rare to hear any politician say sorry, unless they’ve been caught in the bed of someone other than their partner, I can’t help but think it’s a hollow apology, given as purely a platitude.

Sorry doesn’t change the fact that single parents, already struggling to survive on Newstart Allowance will have their benefits cut. Sorry won’t make things easier for parents who are struggling to afford school uniforms and stationary to get their children back to school. And sorry won’t feed the estimated 22,000 households which go without food at least one day a week due to poverty.

In this, an election year, we need to see more from our government to help those living below the poverty line, to help pensioners struggling to heat their homes and pay for medication and to make life livable for each and every one of us.

Do you think Jenny Macklin’s apology is heartfelt?